Sarah Sanders bragged about her pumpkin pie and was roundly mocked by her detractors because the pie crust was obviously mass produced. Without tasting it, they insisted the pie was mass produced too.

She made the filling, not the crust.

And the weird thing is a pie crust for that kind of pie is often easier than the old farmhouse method.  It can be graham crackers and butter pressed into a pie pan and baked for ten minutes.

It can be animal cracker, or nearly any cookie, broken up and held together with butter.

One day a girlfriend came over to make pies. I poured oil into flour as I saw my mother do and the girlfriend asked me what I doing. I said "Making a pie crust. Duh."

She told me that is not the way to do it.

Well, it's how my mother does it.

"How does your mother's pie crust come out?"

"Fine then. What should I do?"

Always just that tactful. That is, full of tacks.

She taught me to go cold. To cut fat into flour. To freeze everything, flour, bowl, water, implements, your own fingers.

The idea is to avoid developing gluten. She didn't know about low-protein flour. And she didn't know about cloths to cover rolling pins and cloth mats to roll out the dough. Simply chilling the fat and using ice water will do. You don't have to go to extremes. 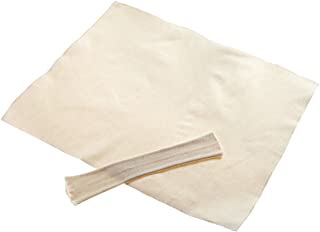 Farm wives use their fingers to smash small pieces of fat into a bowl of flour. They keep doing that until the whole bowl of flour is loaded with fat. They're basically creating flakes, small smashed bits of fat coated with flour brought together at the end with as little ice water as possible. Cold vodka works nicely because it burns off resulting in a dryer flakier crust.

Pulsing in a food processor works very well but it doesn't create these same built-in flakes. It tends to over-process and produce a much finer result. When baked, more dusty and crumbly than flakey.

I use very cold butter cut into small squares and smash them until the whole stick of butter is smashed. You can feel the chunks of butter in the flour with your fingertips, and keep doing that until there are no more chunks. It's basic as h-e-double rolling pins.

Chill. Then roll out when cold. The idea is keep it cold until it is baked.

It's easier to roll when it's warmed up, but it's essential to keep it cold.

The convenience of pre-made crusts separated us from this art. Now, very few people bother. Very few people know how. Everyone agrees too much trouble, and what a shame because it's actually quite easy and it's one chance to play around with food. Here is a chance to be a little artistic. To do something a little bit different. 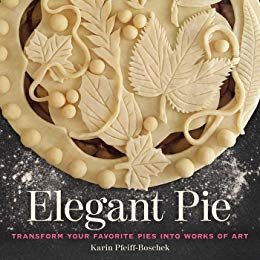 Oh man, that is awesome. I bet she used a cutter for the leaves. But it's also easy to cut your own leaves. Just take extra dough and cut out a football shape, etch a central vein and then side veins.

You'd think browser images would give you a ton of ideas but it doesn't. This is a lost art.

You can cut or press holes in a pattern and trigger a case of trypophobia. 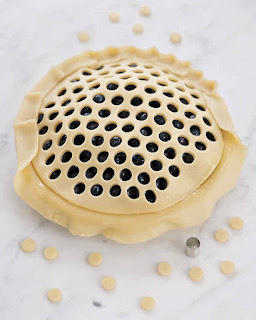 Oops. I stand corrected. My bad. I should have searched "artistic pie crusts" Tons of ideas. The art isn't lost, but the pie crust art-saving people are a bit insane. 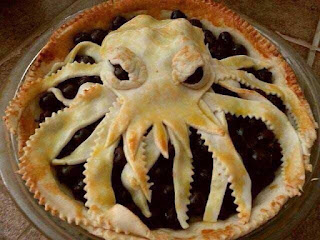 This artist has plenty of copiers.

The ones made from cutters are impressive but the ones cut by hand even more so. 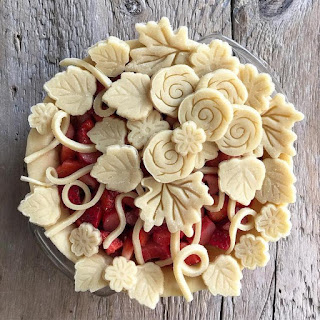 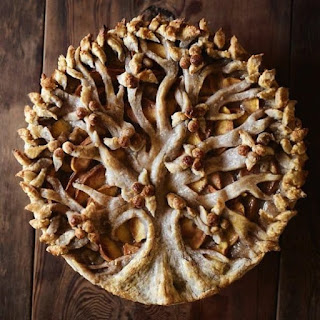 The tree is a great idea. It shows you can do just about anything.

I like the idea of cutting a hole then using the plug cut out for a shape on the top. Beaten egg white is the glue.

One time a woman came over to a holiday dinner with an apple pie that she made herself. Very good pie. She troubled to cut strips in rolled dough and form a lattice for the top. She set strips apart horizontally then vertically on top of them. It was apparent she did not know how to weave the strips. She had the design, but not the weave.

Here's how to weave pie dough strips for a lattice top. It took longer to draw in Photoshop than it does to make the top out of dough.

You could do that in the center, then leave the rest unfinished, twist the rest of the strips and drape them off to sides. Add leaves and vines and berries to combine geometry with organic shapes. Do this on top of a pie crust or directly on top of the pie. Poke holes in the top pie crust or leave holes by covering only partially.

[pie crust face] Oh, the technique is to bring some of the red from the cherries up onto the features.

Oddly, the ones that are ornate look tedious, while the ones that look careless are more fun and more attractive. The idea is to have fun, not win a contest judged by the court of Louis XIV.

You can take this simple lattice and put things on it like grapes, or acorns, or berries.

Or snakes and lizards.

Or lightening bolts and rain clouds.

Or anything that you shape out of dough.

My dad used to make shepherd's pie but he didn't know what he was doing. His pie crusts were oil and just really bad. And he never quite got the idea of shepherd implying lamb, not ground beef. And he didn't understand the pie top is a mashed potatoes. He was just wrong all over the place. But I loved his pies anyway because I didn't know any better either.

Now I'm thinking of a shepherd's pie with a lamb on top made of mashed potatoes.

How about a lamb shape etched into the mashed potato top. Or piped on with additional mashed potatoes. With a gravy face and gravy hooves.

If I wrote something in hieroglyphs then everyone would say, "There he goes again. He's obsessed."

My Mom would place the crust between sheets of Cling Wrap and roll it out. My wife buys frozen crust.

As for incorporating the butter into the flour, my Mom used a dough cutter. That will keep the butter from melting.

Better yet give the lamb a name or fashion a lamb grave gravestone with the words "Eaten" along with date consumption is planned.

From the wiki, which may or may not be correct, the term "cottage pie" (with any type of meat used) arrived before the more specific linking in the 20th century of shepherd's pie with lamb. That way four and twenty blackbirds were covered and cow pies weren't on the menu.

When it comes to tacks and tact, people who don't take direction well sometimes require a direct hit. While beating around the bush flushes things out, nailing requires a hammer.

Had a good blueberry pie in the local lunch shop last week, where the maker said she used half canned blueberries and half fresh, with gave it a homemade taste.