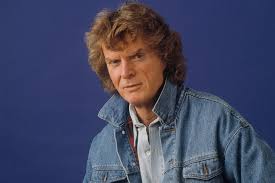 When I was working as an accountant I was really bored. You are sitting in an office working with Quick Books or putting in information on a tax return. After you have been doing it for 20 years you can do it with your eyes closed. So what we did to make it tolerable was to play the radio.

Sometimes we listened to music. I sat in a big room with two other guys. So it was always an issue as to what station to listen to during the day. WNEW with the progressive rock. WPLJ with a more pop sound. WBLS with the disco and soul. It was hard to agree with an Irish/Italian mook, a Orthodox Jew and a Chink all sitting together. So we compromised  and listened to WFAN the sports station all day long.

WFAN was a big deal at the time during the 1980's and 1990's. You had Mike and the Mad Dog in the afternoon. Midday was a revolving door with everyone from Ed Coleman, Dave Sims, the Sweater and the Smoozer and a cast of thousands. The morning had one guy. The icon. Don Imus.


Imus had moved over from WNBC and had a morning show with a bunch of sycophants who laughed at all of his lame jokes. Earlier in his tenure his show was a lot better. He had Mike Breen on Sports who did a lot of funny stuff with the sports news. Charles McCord did  the news straight and the producer Bernie McQuirk did what Imus called the "nigger" jokes. Bernie was the blue collar white guy who was the spokesman for the deplorables before Trump ever thought of them Trump was a frequent guest by the way. He was financing a lot of Mike Tyson's fight and often promoted them with Don King on the Imus show all the time.

Anyhoo I listened every day and I often participated in the contest that they ran to win free stuff. You could get tickets or an autographed football or a box of Lawrence Taylor condoms or whatever. One time I actually won! They had a Knickerbocker quiz and I knew that Harry Gallatin was a forward and not the longest serving secretary of the Treasury. I won a New York Knicks warm-up suit. With the snaps just like the guys wore on the bench. Holy shit that's cool. There was only one problem. I had to go to Astoria to pick it up in person.

So I jump on the F-train to Steinway Street and find the entrance to the radio station. The very nice black lady who was the secretary who Imus abused every day gave me a bunch of forms to fill out to prove that I wasn't an employee of the radio station or a Russian spy or some shit like that there. I fill it all out and was hanging out in the waiting room. Now being who I am I had a big cup of coffee and a couple of donuts and the New York Post that I was perusing since it was the first thing in the fucking morning before work. So I am sitting there munching on a Boston Creme when who walks into the waiting but himself. Don Imus.

I glance up from my paper and I see him staring at me. I guess he thought I was going to say something to him. You know gush. Ask for an autograph. Give him a chance to scream and curse at me. Me? I didn't give a shit. I was there for my free stuff. I just ignored him. It's not like he was Christie Brinkly or Sinead O'Conner or some hot piece of bacala.  That burned his ass.

He turns to the secretary and asks "Who is this fat fuck eating donuts in my lobby?" She goes "He won a contest and is waiting for his prize." He goes "you got to get these people out of here you dummy." So I look at him and go in my best Taxi Driver voice 'You're talkin' to me." Well you think I had thrown a hand grenade. The promotion guy rushed out with the warm up suit and started hustling me out the door while Imus cursed at me, the secretary and life in general. I laughed. Even though I spilled my coffee. I did have the last word. As they were pushing me out the door I go "Hey I-man...Drop Dead."

He finally did.
Posted by Trooper York at 6:20 PM

Labels: Imus was a dick, stories from the olden days

You should've kicked him in his third nut.

I used to listen to him years ago, he was amusing, but let's be honest, he was no Greaseman.

Seeing that picture reminds me that there is a class of old dudes who look like lesbians. He might be their leader.

I loved back in the day how Stern and company drove him batshit. Stern can be an asshole, but so was Imus, and Stern was smarter and funnier.

Imus had a mean streak he could barely conceal and the rest of the time he was just plain mean and Harry The Horse Gallatin was a rebounding machine.

ric, My half Scottish mom picked up on the Imus Scottish mean streak quickly. She said he had the same personality of her alcoholic old man.

Great anecdote Trooper. Did they have XXXXL?

Loved the I-man but didn’t listen until ‘95. He did resemble a lesbian on certain days and even thought he was one saying... “As much as I loved pu$$ie....”

I'm sending your Imus story to a friend who I know will enjoy it as much as I did.

I listened to Stern back then, when he was actually edgy.