That's the title of the video, not my characterization of it.

Now, who in their right mind is even going to watch that?  What are you, masochist?

Let's read it instead.

"We are, we have, I have... When we bring the bill, which is, just so you know, there's a bill made in order by the Rules Committee that we can call up at any time in order to send it to the Senate and to have the provisions in it to pay for the, for the impeachment. And then the next step, and the eh, que, uh... uhl ... ... whatever you want to call it, the qu uh, the trial,"

Believe it or not, this is how we prefer them. Because when they're in power they're even more intolerable.

I don't get invited to many parties anymore and that suits me fine. I don't have fun around negative people and posers.

They talk about all their extravagant travel and complain about climate change.

Because in Denver every gathering of three or more people devolves to a Democrat caucus meeting and I am the turd in their punchbowl. I tell them their sources of information are bogus and their media is corrupted and their heads are filled with nonsense and all of their premises need to be checked. And I am not up to the task.

So eager to engage me I tell them I'm experiencing epistemic closure. I don't listen to any of their sources anymore so I'm not having it delivered sideways by my acquaintances. They should talk amongst themselves for support because they get none from me. "Everything you say is already debunked a thousand times. I'm tired of hearing it."

"What are you taking about? This is common knowledge, all accepted facts. Where is it all debunked?"

"Put on your fucking glasses and look!" 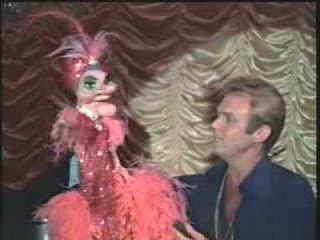 I wonder if they even remember Wayland Flowers.

They all drink so much it's likely they forgot. I have people tell me they met him on cruise ships and conversed with him over drinks. And I'll bet you $10.00 they don't remember.

He started his show explaining himself through the puppet. "He is no ventriloquist and I sure as hell ain't no dummy."

So now I don't get invited very much anymore and that's fine with me.

I don't host very much anymore either.
Posted by Chip Ahoy at 12:35 PM