This is the sort of thing that I don't do anymore. It is in February 2014. When I read the description it made me sad. I acknowledge back then that it's too much trouble. The sort of thing put on for a brunch but not the sort of thing you make for yourself because there are too many dirty dishes. Too many steps. Too much fuss.

It looks fairly good. Could be better. But now the dishes would sit around for a week until my housekeeper comes. And my neck would be really hurting halfway through. And my energy would fail.

After my appointment this morning I got home and turned on the computer and was reminded that I have an appointment. Four times. Then my phone rang. My specialist's with computer message to remind me to make an appointment.

Oh man. I'm turning into the guy that I never liked.

Whenever old people started talking about all their unique ailments I was all, "That's interesting, Grandpa." ping,  gone. I had no patience for their obsession.

I told my two brothers this separately and over the phone they both found it hilarious and terrible.

This kidney specialist is an oddball. All business. My first 1/10 of a second encounter was incredibly telling.

I emerged from their bathroom into their hallway and encountered the doctor in passing. He looked away in that moment when regular people look right into my eyes and say, "Hi."


[Separate story:
The bathroom light is motion activated. It shuts off with no motion. Total darkness. I'm standing there in front of the toilet holding my dick to a cup. The light goes off. I lose balance. My arms flail. I grab the railing on the wall next to the toilet. My pants fall down. Had there been pee in the cup then I'd have certainly flung it across the entire bathroom that is otherwise spotless. Now I have to keep moving to keep on the light. When I told this to the staff they acted surprised. Like that never happened before. But how could it not have happened before? I cannot see how I would be the first one. Sick trick.]

That's all. That's all it takes, and he could not do it. I am in his world, he owns it, he is king there, and yet he could not simply look at me and say "hi."

Then moments later inside his office he was all business. No personality whatsoever. Zero. 100% task oriented.

"I want you to buy a blood pressure monitor."

"Because I resent turning my apartment into a clinic."

"But it's very helpful to us. [A million reasons why it is helpful to him. Possibly five reasons.]"

"Fine. I already looked at them on Amazon and I got massively confused by the number of types. Can you help me pick one?"

"Fine. I'll get the least intrusive. I narrowed it down to the type that measures your wrist."

"I wouldn't get that kind. [A million reasons why that's a poor choice. Possible two reasons.]"

"See? You can help me narrow it down."

He types like an executive secretary. He already had Amazon up on his screen. He picked out a model and I bought it.

Next session he describes the biopsy. "We take this probe and jab it through your skin." He extends his arm beyond the distance it would take any probe to reach anybody's kidney. Sign language. He lunged with a sword. "Then we grab a piece of kidney" Sign language. He violently grabs a large imaginary apple and yanks it violently back to his body. His sign language is way out of whack with any possible probe. If his sign language was true then he'd stab my body with a sword and grab my entire kidney and yank the whole thing through a gaping hole. That's what he showed me that he intends to do while he described it in English. It would have been hilarious had it not been so horrible. His ... what is it ... bedside manner, although there is no bed involved, his manner re-dick-a-liss.

My brothers thought that was hilarious. Stop laughing!

Zero euphemism as doctors usually do. In fact, anti-euphemism. He vocalized the procedure accurately and reasonably while simultaneously sign-languaging it horribly. And oddly, that made me trust him. It made me like him. I get him. This can work. I am very eager for him to have his biopsy, rather, I'm eager to have that so then I can be treated. He must do the biopsy before he can treat me.

My brother compared it computer systems. Yes he can guess, but best to run tests to narrow down the problem exactly. It's much better that way.

My brother made a very good point.

I am eager for treatment, and the biopsy is in the way. So I'm eager to have that done with. But I'll never forget the specialist's jousting sign language depiction of how he visualizes the procedure; stab with a sword and grab the chalice.

Then study the specimen with google eyes.

Then after treatment I can return to things like this breakfast too extravagant just for one dude where a Pop-Tart will do. 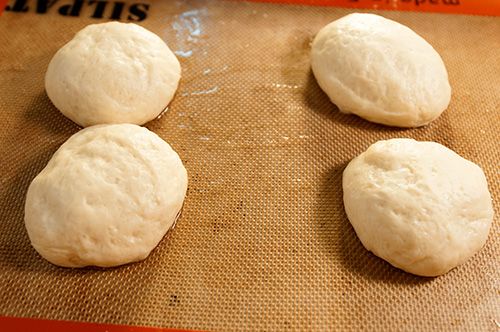 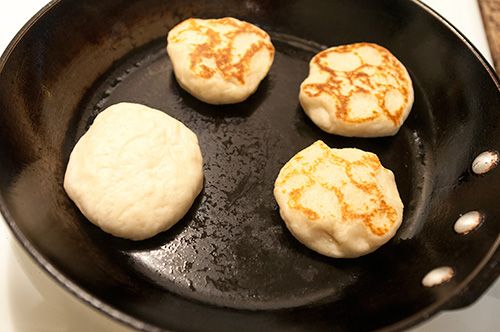 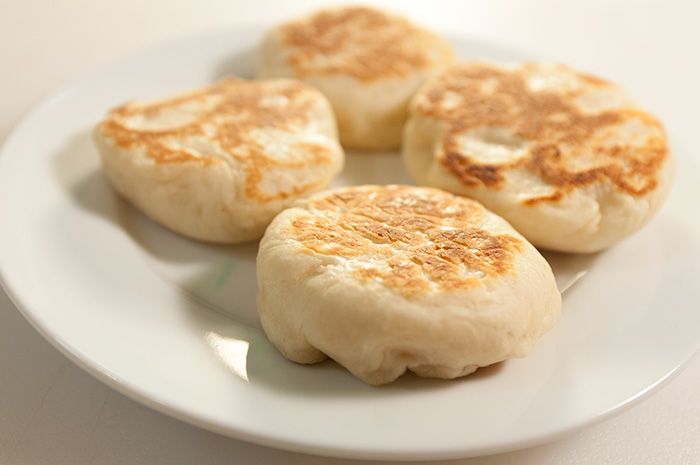 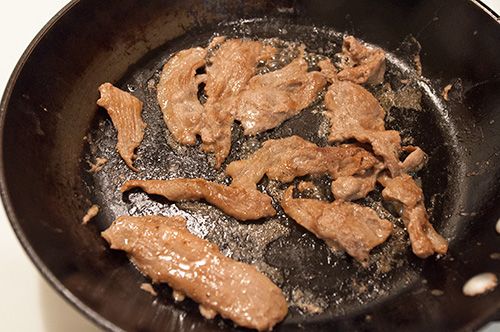 This is some kind of ham. I don't know what. A type of bacon. 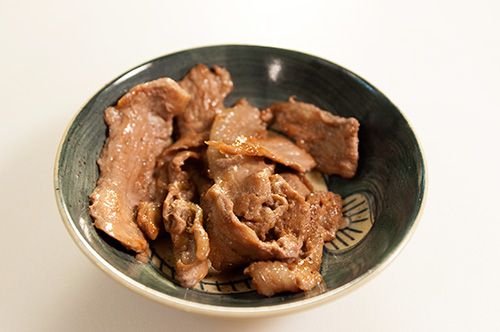 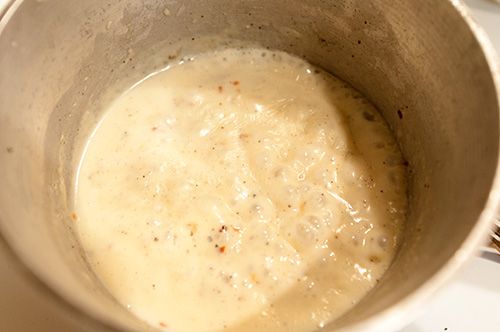 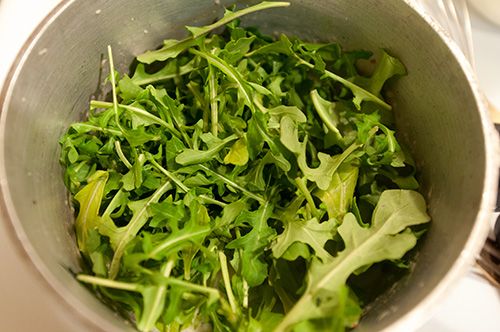 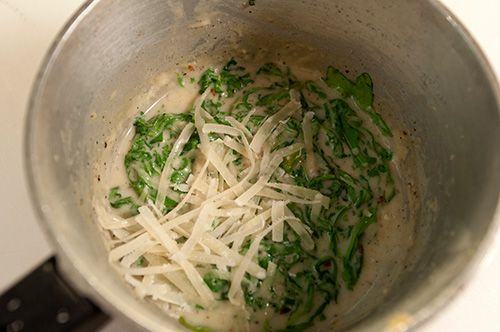 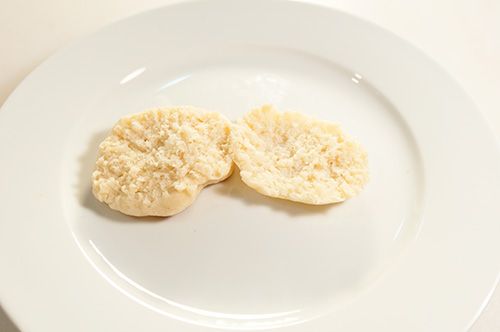 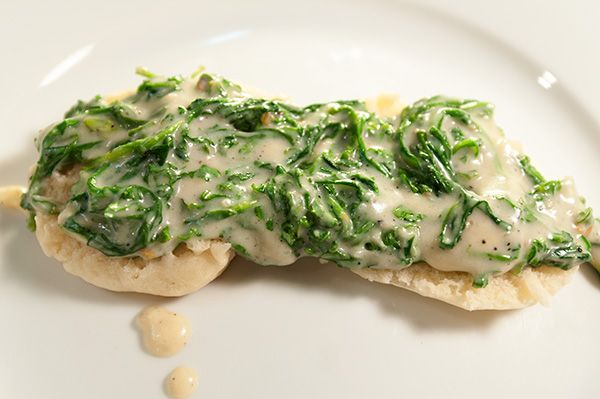 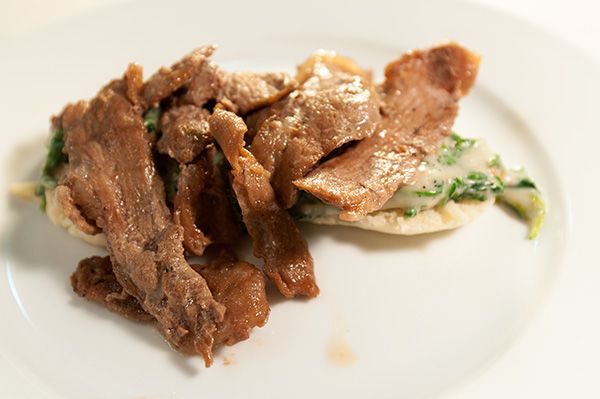 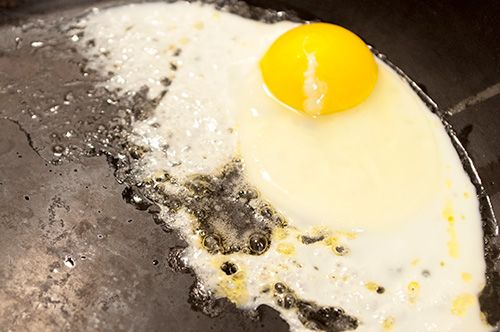 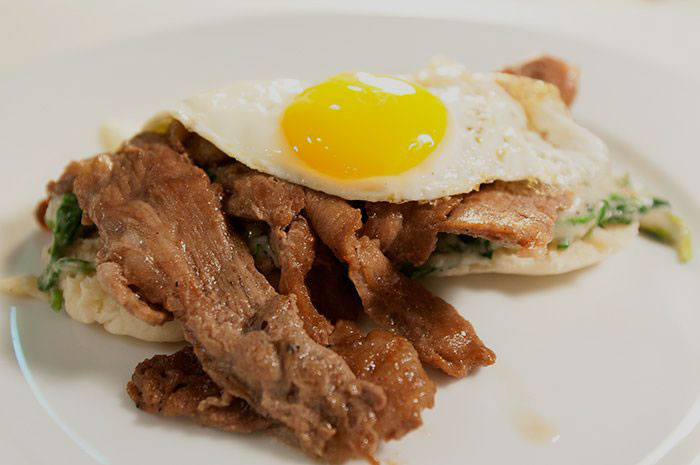 Back then I wrote:

This is not a reasonable meal to make for yourself even if using purchased English muffins and prepared ham. It is too many things going on, too many bowls, too many pots, too much mess for one meal that should be fast. This is the sort of thing you do for a lot of people. Then it is worth the trouble. A version with Hollandaise even more so.

See, the whole effort implies you have a staff behind you cleaning your pots and putting thing away for you. It is the sort of thing on a buffet with the elements in chafing dishes and a whole pile of plates.

But man, is it ever good. I indulge myself.
Posted by Chip Ahoy at 6:09 PM

I do not like English muffin, arugula, sauce, ham, egg. I do not like it Sam I am. Well actually I do except the Arugula.

I don't like it either but for some reason this wasn't so bad.

My daughter's dog's favorite food is arugula. She's a vegetarian. My daughter...not the dog. We're not. We've been keeping the dog since July while she sees the world. Surprisingly, it hasn't had any arugula since July. It's had lots of hamburgers, hot dogs, Little Debbie oatmeal pies, and turkey (her new favorite). She also learned that when you drive up to a window at a building, someone is going to give you food. She learned that after just one visit to the driver up teller at the bank. They hand out dog biscuits.

My daughter returns home next week. It'll be a bittersweet reunion for the dog.

The English muffins look good. I've been wanting to try making some. Maybe I'll give it a go. I'm sure the dog will eat them if I screw them up.

We were in a restaurant in Rome and the waiter called it "rocket salad." He thought that was what Americans call arugula.

He could have been singing the theme from Zorro instead of using sign language.