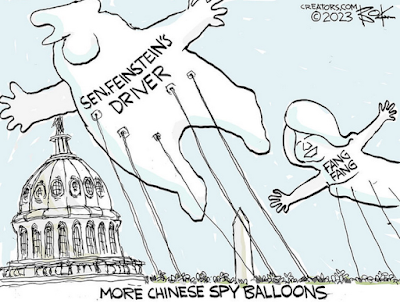 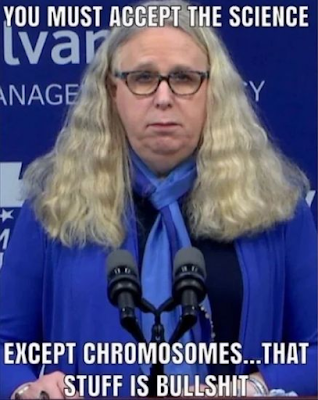 It is all anyone is talking about!
Sound the evil spirit alarm!
Posted by Trooper York at 11:55 PM 1 comment:

Labels: Biden is a moron, F-troop 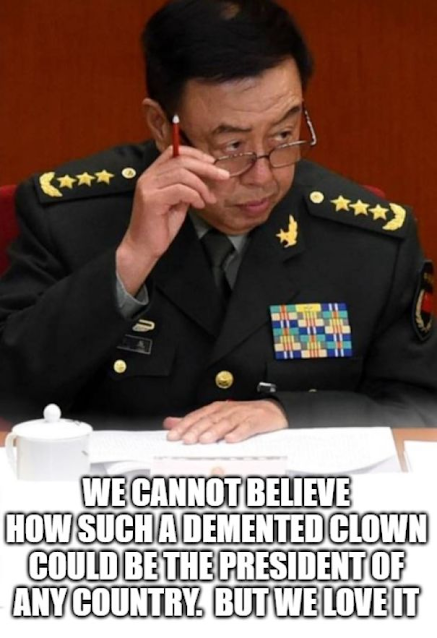 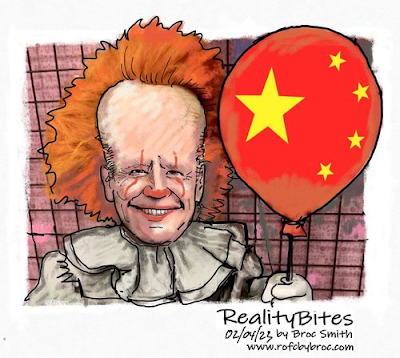 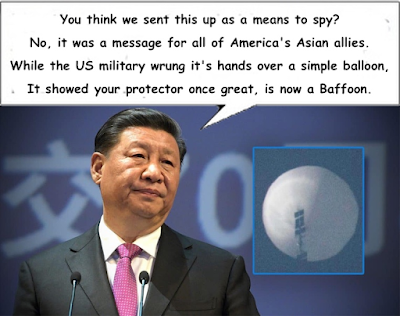 On Balloons of One Kind & Another 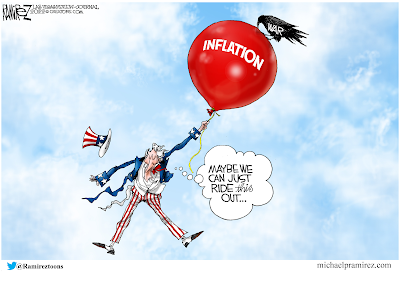 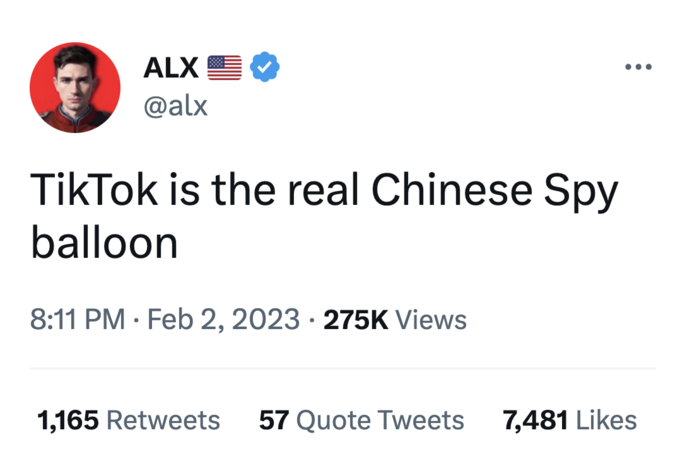 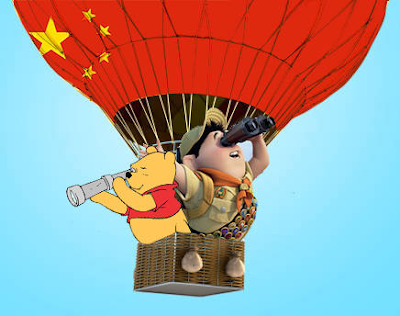 Is the cafeteria closing?

The Democrat party is packed with cafeteria Catholics. And they've always gotten away with showing up at Mass with a rosary and a missal without much flak. Kind of like Willie lugging that encyclopedia-sized Bible when he made a show of going to church any time he got caught with his Peyronie's hanging out.

The times, as someone said, may be a-changin'.

Brandon, long known for shooting off his mouth, usually loaded with blanks, may have gotten on the wrong side of Mother Superior. His claim that the Pope OKs abortion funding, among his many other blasphemies, may turn out to be the last straw. American Catholic bishops are coming down on him after he tried to paint Frank, Commie that he is, as being yet another cafeteria Catholic on the subject (one can see how he might be confused) when there's no such statement.

All this is to justify his continuing support for Federal funding of abortion in the face of a move by Congress to ban it; a bill which, of course, is passionately backed by the Catholic Church.

We can debate the ins and outs of Church politics, but this seems to be the first real Conservative stand the American Church has taken since the days of the Berrigans and Andrew Greeley.

Let us keep a good thought.

PS Another shoe may be about to drop in the Memphis thing. Rumor has it Nichols had a thang with the ex of one of the cops.

For now, put it in the We'll see folder.

Poor Al Sharpton did his best to make it a race thing in his eulogy, but, since he couldn't yell, "Kill the Jew! Kill the Jew!", he looked rather lost.

Wonder if there's a Freddie's Fashion Mart in Memphis.

PPS Consider said shoe dropped (we're getting into Fisherman's Wife territory). The soy boy who stopped Nichols for reckless op has been fired, but it's come out he tased Nichols and yet Nichols was able to run away.

Posted by edutcher at 9:24 PM No comments:

On Teetering & Things Costing An Arm and an Egg 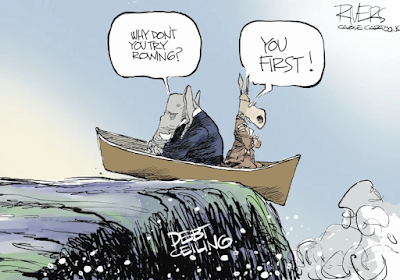 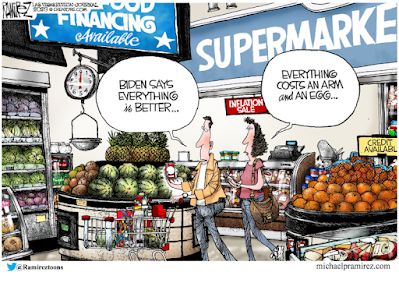 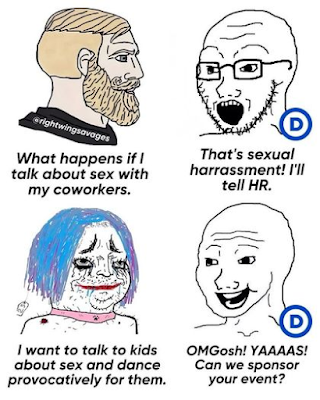 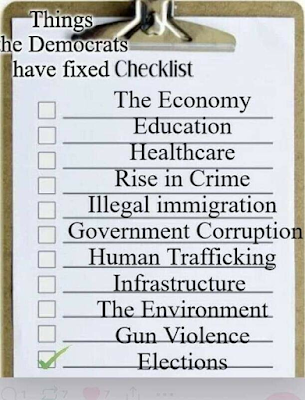 On Connecting the Dots & Looking for Links 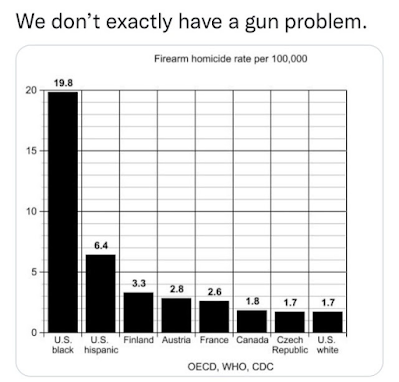 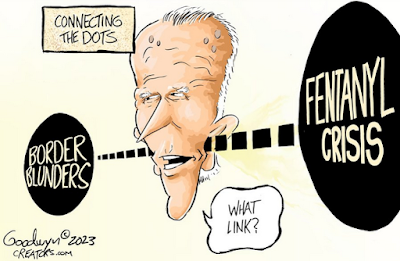 Now it's getting weird

OK, up to now it was 5 black cops, part of an elite unit, 3 of them maybe gang-affiliated.

Now another shoe (notice I'm not ruling out an octopus) (or a centipede). Take a look at this guy and see if you think he looks like a soy boy. And they're not saying exactly what his part was.

Supposedly, there was a white guy involved, but if so, it's going to be interesting to see if it's supposed to be him. Kinda doubt it.

The Memphis FD has fired 3 EMTs (2 black, one female) for not providing adequate care for Nichols after the 5 black cops beat him. Am I the only one that smells panic here? Are they just firing anybody who had any direct contact?

What did Nichols do to engender this kind of response? Was it some kind of hit?

Now a 7th cop is under investigation; age, race, gender, or anything else still unspecified. It also turns out 4 of the original 5 had a history of disciplinary issues. Nothing about gang-banging.

Night of the Long Knives, anyone?

And, of course, Commie News Net is pushing the driving while black thing, like the good little Lefties they are. Fact is, Memphis now denies the reckless driving charge; IOW it never happened. 5 black cops beat a black guy to death and 3 EMTs stood there and watched him die. Al "Kill the Jew" Sharpton will give the eulogy.

Looks like the Left wants the riot, but they don't want the cops blamed. 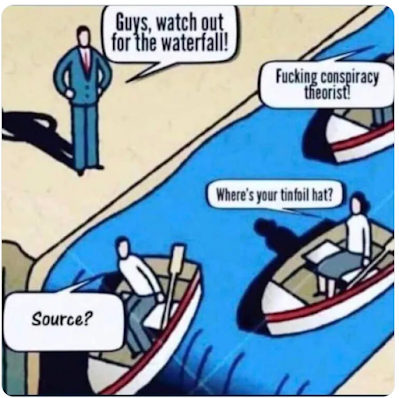 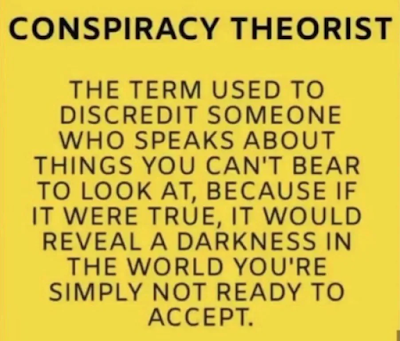 Things are always what they seem

Democrats running a corrupt city hiring gang members to police other gang members. It's worse than that, if you can imagine.
Posted by The Dude at 6:55 PM 4 comments:

The Good Sense is Out There

But, unfortunately isn't being listened to.

Tyre Nichols is pulled over by police for an alleged traffic violation after photographing a sunset, according to accounts his family would give later.

From what I gather, he also gave them some attitude.

Doesn't justify what the cops did, but he sure acted guilty. Hate to say it, but I think there's another shoe to drop.

Sixty is talking about possible gang affiliations in his post above.

Well, it just got stranger. Memphis is deactivating its SCORPION unit. Scorpion stands for “Street Crimes Operations to Restore Peace in our Neighborhoods”.The unit is composed of three teams of about 30 officers who target violent offenders in areas beset by high crime.

All 5 of the cops involved in the beating were in the unit.

Either they were gang bangers or they just got tired of being nice.

On Rabbit Holes and Feathered Nests 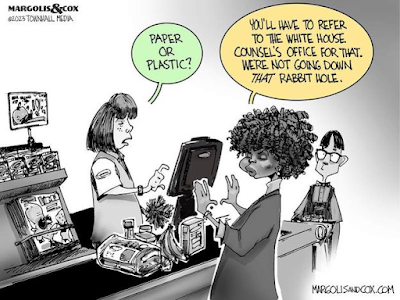 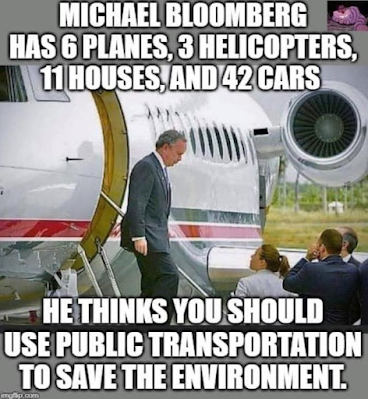 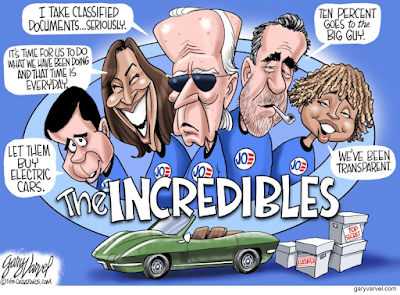 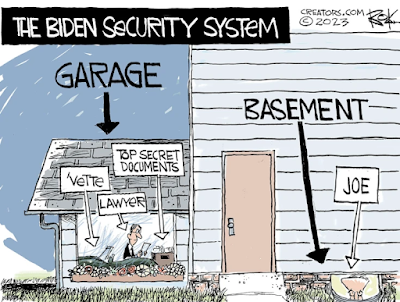