1) Behind the scenes look at the horror classic, "The Shining."

2) The Overlook Hotel whence these photos. 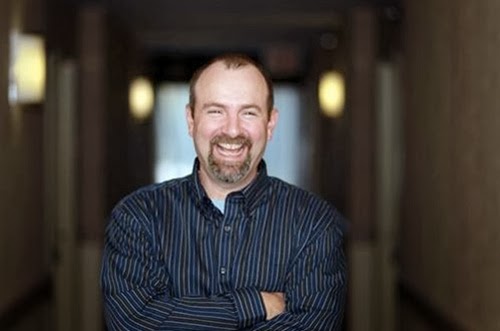 Dan Lloyd grown up. He says the film did not squelch his desire for acting, on the contrary, he tried to continue and failed and gave up on all that. He had no idea it was a horror film, the scenes were broken up. He recalls riding his trike around the hotel and playing with the twins.

The photo below is the only set photo taken of any of the actors looking directly at the camera. 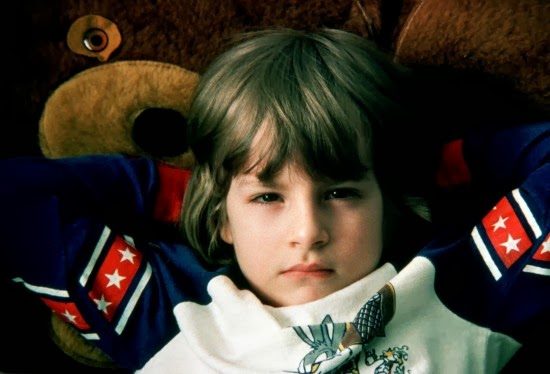 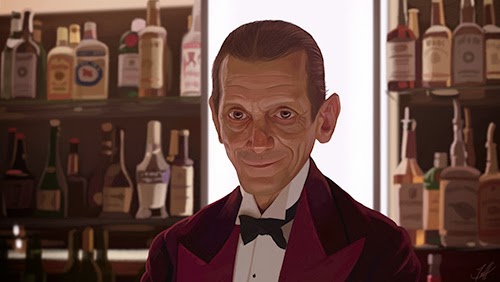 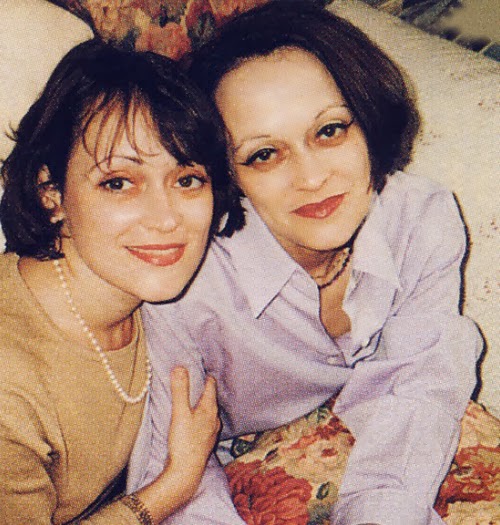 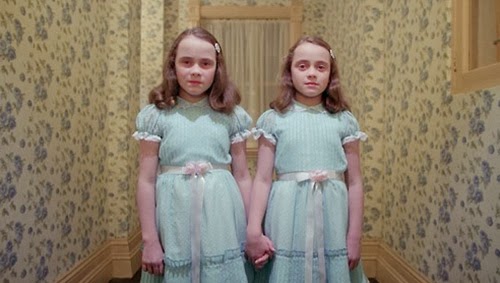 Lisa and Louise Burns, no less creepy but still not as creepy as Mary-Kate and Ashley Olsen. 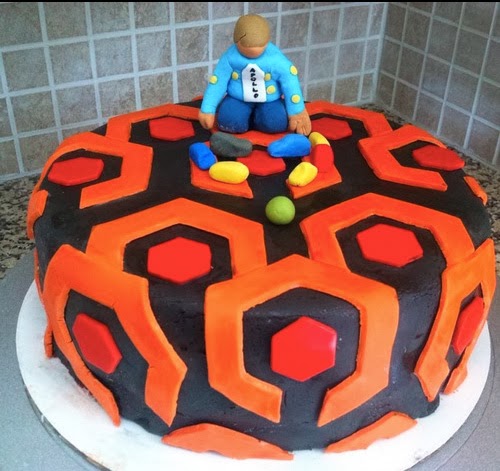 Candid set-photos of Sissy Spacek, oddly more compelling than her role in the film in my humble opi onion. She says it was mostly running around with a kid hyperventilating for about a year. And I believe it shows, her role is annoying.

But here's the thing; everybody knows, and I mean, everybody knows that is the Stanley Hotel in Estes Park Colorado and you can go straight there with Google Earth and see for yourself the place looks nothing like that and there is no maze in sight.

You can actually fly the highway of the opening sequence, and man, is that ever photogenic up there. Little stone churches that just insist you to stop the car and come in and have a look around to see if such a thing is real.

And if you take the little Google Earth street-level man icon and drop him directly onto the Stanley hotel then you get a Google Earth Easter egg maze of the hotel. With all the hundreds of photos of the real Stanley Hotel that people took and pinned available on the background, except now you are inside the hotel and it is a maze of non-movie rooms, like this: 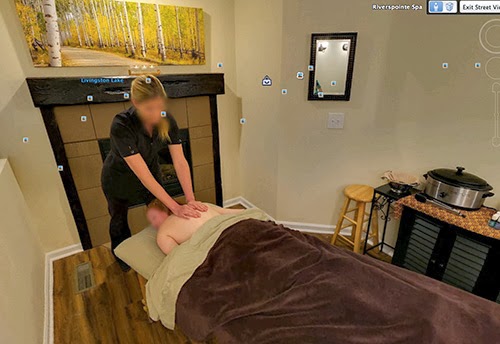 It's the brilliant Shelley Duvall in Kubrick's The Shining, not Sissy Spacek.

What's your point, Chip, that Kubrick took liberties with the hotel layout? A film is fiction.

I Have Misplaced My Pants said...

Doctor Sleep, the sort-of sequel, is pretty good. Probably the most thorough treatment of alcoholism I've read. Not a subject I had a whole ton of interest in previously. It led me to Pete Hamill's A Drinking Life which I am currently immersed in.

Spacek was in Carrie.

Wasn't the exterior shot at Timberline Lodge on Mt. Hood?

Although the film was shot almost entirely in the studio at Elstree Studios in Hertfordshire, England, where the hotel interior was constructed, the exterior of the ‘Overlook Hotel’ is the Timberline Lodge, Mount Hood in the Hood River area of Northern Oregon.

Built during the Depression, it’s 45 miles east of Portland, just east of Zig Zag on Route 26. There is no maze at the Timberline – this was built at the old MGM Borehamwood Studios, also in Hertfordshire.

The interior sets were partly based, not on the Timberline, but on the Ahwahnee Hotel, in Yosemite Park, California.

To complicate matters further, it’s sometimes claimed that the film was made at the Stanley Hotel, Estes Park in Colorado. This is the hotel in which King stayed in 1973, and which inspired the original story.

The writer apparently hated the Kubrick adaptation, which junked most of his plot in favour of atmosphere, and sanctioned a TV movie remake, which did indeed use the Stanley. The hotel was also seen on-screen in Peter Farrelly’s 1994 Dumb and Dumber."

The original movie was not made in Colorado at all. Just a bit of inspiration.

I skied at Timberline. Only time I ever got on snow skis in my life.

Once was more than enough - no brakes, no steering, no thanks.

Beautiful lodge, however - the interior is full of rustic carving, massive stones and logs, all done up in the best WPA style.

I liked it - it's a rustic masterpiece full of wonderful woodcarvings on a snow covered volcano - what's not to like?

The drive up is the Road to the Sun in Glacier N.P. in Montana. The outdoor scenes of the building are Timberline Lodge at Mt. Hood in Oregon. There is no maze at Estes or Timberline. And April Apple is right, interior shots were also based on the Ahwahnee Hotel in Yosemite.

The interior shots of the Shining to not match up. Whether intended or just part of Kubrick's editing, that is the case.

I once watched the Shining in a McMennamin's Theater in Portland (then run old movies and serve beer). Everyone clapped when they showed Timberline in the movie.

Here is a moon truther explanation for the Shining...