"Can you imagine Mitt Romney and Kanye West as in-laws?”

It appeared as if MSNBC's Melissa Harris-Perry and her guests could not quite figure out what to say about the Romney's family picture, in which Mitt Romney is holding his adopted black grandson. 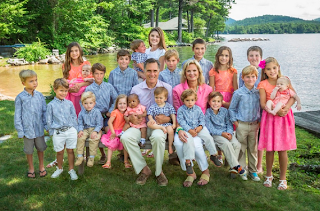 So, they made stupid comments, giving my side a rare, legitimate opening to call them on hypocrisy and other nasty things, they themselves, constantly, I mean night and day, attribute to tea party and the GOP... you know the drill.


For a sample of the swift reaction so far click read more.

How dare you insult a woman demanding you pay for her birth control. Now watch as we mock the concept of interracial adoption.
— SunnyRight (@sunnyright) December 30, 2013


Gimme some of that GOP elephant memory.


And no parent should have to defend the race of their child. Most adoptive parents don't go baby shopping by color. Got it? @MHarrisPerry
— R (@LibertyLynx) December 30, 2013

An entrepreneurial twitter wiz looked and whateyouknow found Melissa Harris Perry picture with her mix race parents... on and on, on and on it goes, when will it stop? nobody knows.
Posted by Lem Ozuna from the Braves at 9:49 PM

In the seventies my mom's cousins adopted a black baby, but had to give it back because they couldn't get used to it.

if you don't mind talking about it.

How does anyone, even a normal democrat with half a brain, tolerate MSNBC? It's beyond pathetic and beyond parody.

Democrats should be ashamed.

My theory is that the mocking comes from a sense of entitlement made legitimate (in their minds) by the superiority of their status as liberals.

They are endowed by their superior status with certain unalienable rights among these abortion on demand, liberty to contradict themselves, and the persecution of tea party republicans.

Oh, no, Lem. It's just they'd go to tend him, and they couldn't get used to him. No one's fault, just culture shock, I guess.

A roundtable of wannabe Mean Girls accompanied by one weenie guy. It’s all so junior high.

Awestruck by the cosmic irony of Melissa Harris Perry calling someone else a token.

At some point, 'the baseball looks like a beach ball'. cant miss.

It's just they'd go to tend him, and they couldn't get used to him.

I think I understand.

The lib-snobs see everything through skin color. Which is what exactly? Shallow as can be? Perhaps.
oh no - I've got it. It's racist.
Actual real racism.

I didn't have to make a new tag for that woman... Melissa Harris Perry. check it out. I mean click on it.

Lord, keep her safely right where she is. same time slot even.

Lord, the economy is bad enough as it is, we don't need more people laid off.

I saw that photo of the Romney's with their grandchildren a few days ago. I didn't notice the black baby.
I guess I didn't get the lib-snob skin color detecto-gene. All I saw were a bunch of happy cute little kids.

They have abused that characterization so often they become blind to the real thing... or something.

For those of you unfamiliar... "that woman"
is my favorite Bill Clinton impersonation.

Thanks for the links, Lem.
I like this tweet regarding Melissa's insistence that she's not of mixed race.

"to deny your mother's ethnicity as a part of you makes you a #Racist".

Brandi Granville is a commentor on MSNBC?

That explains a lot right there.

She's ashamed of her white mother. Nice. That just makes this MSNBC host even more icky.
Unless Harris-Perry's mom was an unkind mother or did something to deserve her daughter's disdain, the only reason Melissa doesn't like her mom or include her mom as part of her pride, is because of the color of her skin.

Romney has an impossibly healthy and attractive family. His life has had a lot of blessings. I suppose some of it excites envy, but an adopted grandchild is not the proper angle of attack.

Looks wise, you really have a leg up if your natural parents are Brad Pitt and Angelina Jolie. I wonder how sibling rivalry plays out in that family........These are the kind of unworthy thoughts that no one would ever say on the air. Such thoughts are fine when applied to the Romney family.

Romney has an impossibly healthy and attractive family.

They seem attractive, but not surprisingly so.

Do you have any reason to believe they are healthier than average? I know his wife has MS. I don't know anything, positive or negative, beyond that.

The proper thing to say about a new addition to a family is some form of congratulations - and do it effusively if you know them. What adult doesn't know this?

Probably the same kind that would criticize someone for not aborting a child with known problems, such as Down's Syndrome.

Do you have any reason to believe they are healthier than average? I know his wife has MS. I don't know anything, positive or negative, beyond that.

Normal family as it used to be.

Adopting a baby is admirable. Giving a child a chance at a loving family life and a good home. In the case of the Romney's a wealthy family home.

Yeah, I'm not sure they're any healthier, but the kids probably just clean up nice because they can afford to. I am actually a little shocked they didn't pay someone to photoshop in better pictures of the crying ones. They'be got the money.

When I saw the picture, I didn't notice that the baby was black either. Perhaps I'm used to seeing family pictures with variations of brown in them. These people must have had a hard time with the George HW Bush family pictures: the brown and the white were mixed together!

How many examples do you need from the left to show what base racist scum bags they are, hmmm? How many?

"What a bunch of hypocrites."