Apparently the left, all news services, newspapers, Hollywood, the world, is going nuts about Trump relaying an early storm warning that included Alabama.

I have no idea what they're saying because I no longer listen.

But I've seen it on Drudge several days in a row and I wondered, "So what? What gives here? Why even mention this? Why is Drudge doing this?"

Trump relayed the best information that he got from the weather services. The map is theirs. Trump dutifully relayed the urgency for preparation. As he must.

But no one expects early storm reports to be specifically accurate.

I didn't listen to that either. I presume he warned potential victims to prepare. As he must.

But it's another thing that's driving the nutty even nuttier. It's a thing with them.

"Whom the gods would destroy they first make mad."

Angry or insane? Or both?

But that's ridiculous. The left cannot be destroyed. They are immortal, as collective.

Democrats are immortal. Republican Party is not.

Republicans come and go, by different names through American history, they exist because Democrats exist, they become subsumed, they melt away, they blend, they disappear. They reemerge as new challengers, by other names. That is American history.

We get to see it in action at its critical point.

What a time to be alive. I must pray. "Thank you, Lord, for keeping me alive to see all this happen this way. Amen."

We see the same thing in other countries. At this historic point because the issue is global. The exact same thing is happening in Britain right now with astonishing clarity, similarity and overlap. The Tories have just now cleaned house. The blended representatives are being rudely abruptly shoved out. Including the Prime Minister's own brother. At tremendous expense. The reward is clarity.

See, in America the crackpots emerged immediately in President Washington's time, under a different name that changed eventually to Democrat party, as the historic catch basin for every political crackpot in the nation who as individuals each wanted the government to do all their personal bidding as they see government can and should do, and that's nearly half the population on any given day, to be their personal defender from all offenses, to take care of them, to be their asexual daddy, to make you shut up, to remove your protection, to help them succeed in business, to do all the things that American government is not meant to do, stated explicitly in writing outright from the beginning, as incredibly limited government with only few powers that are listed. Enumerated.

Conversely they also want the government not to do those very few things that it is designed for; as stated, protecting its borders, for one example, defending your stated listed constitutional rights, for another.


BRIAN TYLER COHEN
YOU CAN STICK YOUR COMMENT WHERE THE SUN DONT SHINE.

I don't know what that means. Who is Brian Cohen? Is Cohen the one saying this or is Conen being spoken to?

I look up the name Brian Tyler Cohen but results are unclear. They're all about people arguing about specific things. Stupid things. Little things. Molehill to mountain things, and nothing substantial.

I look up Brian Tyler Cohen on YouTube so I can watch him in action arguing something.

But I don't bother watching.

Why invite an annoyance?

What I see of the things under his name are a bunch of FOX news clips being ridiculed. By their titles I see them childishly misrepresented, for example, "Chris Wallace finally loses it on Trump as market plunges."

Finally? Wallace is insufferably anti-Trump. We watch Wallace only to hear the other person. Never to hear Wallace.

And that means Brian Tyler Cohen probably doesn't own any stock or else he'd know otherwise.

Including this hurricane thing. I see a few videos about what Drudge was linking. Apparently Cohen thinks Trump relaying early weather information is something to emphasize. He's going crazy with various news clippings.

We can easily dig up the early reports that Trump was using at that early point. Now the clips of weather reporters are turned into memes with mentions of Alabama emphasized, as they do, by repeating it staccato ten million times.

That's the joke on the jokers gone mad.

Ha. His entire list of video uploads is insane. He's featuring Ocasio-Cortez destroying Republicans with her BEST speech yet.

Now I get it. This is just one of the noisemakers and Drudge is reporting on noise. 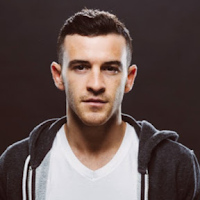 CNN is preparing to Dox the cat.

They really are that desperate.