The Playoffs are starting and nobody gives a shit 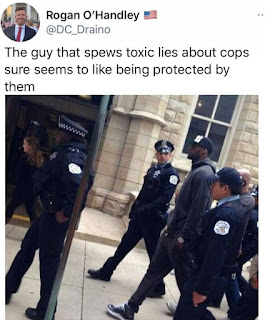 The NBA playoffs are starting to the immense disinterest of most of the fans in America. After their descent into hating America and celebrating Black Lives Matter the NBA has lost more than half of it's viewership. From being apologists for China's slave trade to calling for cops to be murdered like Lebron did they have lost a huge portion of their former fans.
As you might know I used to be a big basketball fan. I bought season tickets to the Knicks when Patrick Ewing was drafted by the Knicks. I spent many years going to two to four games a week. It was a lot of money and a lot of commitment. Now I wouldn't go if you paid me. Like football and now even baseball they have lost me forever. I just hope that they lose their TV deals and take a financial hit. I don't know if that will happen since the TV executives are as woke as anyone but can they justify it to their shareholders?
Posted by Trooper York at 6:22 PM

Labels: basketball, Lebron you big dummy, sports, The NBA is over

I'm lucky I detest basketball anyway. LeBron is a jackass... to put it nicely

There should be a law.
If you disparage the police - you must never call on them or use them for your protection.

They don't call him LeBum for nothing.