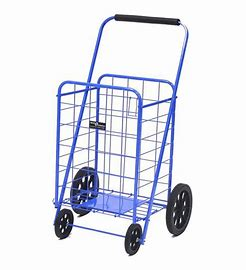 Vincenzo “Slappy” Aiello sat in a lawn chair in front of his club on Carroll Street between Columbia and Van Brunt. Just as he had for the past sixty years. The location of the club had changed over the years. It had originally been on President Street when he ran with the Gallos. They had come and gone. Shot across the sky like a comet. The Kid was still around but he stayed in Manhattan these days. Albert was a capo just like him and they were sort of co-equals in their crew. Of course they were both sort of semi-retired. Which happens when you get into your seventies. Your late seventies. Still life was good.

Vincenzo had a routine. He liked to have his breakfast at the little coffee shop on Court St. One of the various cash businesses he owned in the neighborhood. He had the coffee shop. A wine and cheese bar. A laundromat. A couple of bodegas. The bagel store. He was the owner of all of them. Or at least a partner. A silent partner who spoke loudly when it conflicted with his interests.

The sun was warm today. He sat back in his chair. Nothing much was happening today. Just the usual. He sipped on his sixth cup of espresso. Put it back on the small table that sat next to his chair.  He nibbled on a biscotti fresh from his bakery. One of the young kids came out from the club. Kids. Ha. He was thirty if he was a day.

“Do you need a refill Mr. Aiello?” “No thank you Geno.” “Got a question?” He nodded for him to go on. “The Arab down at the body shop didn’t make his vig this week. I wanna know what you want me to do?” Vincenzo looked up at him. Squinted actually as the kid had the sun over his back. He shook his head at him. The stunard didn’t know that he never talked about any of these details. Especially with a low level mook like Geno. Not out on the street where the feds could have a mike set up to wire tap him. There was reason why he was not in the joint like most of his peers. He handed him his cup and motioned with his thumb over his shoulder pointing at the inside of the club. Geno looked at him. Nodded. Took the empty espresso cup and walked back in the club to get him a refill.

Vincenzo looked out at the traffic on the street. What little of it that there were these days. The neighborhood had become very quiet. Not like the old days when he was kid before they built the expressway and cut off the waterfront from the rest of the people. Then it was all pushcarts and commerce. All of the old Italian businesses had moved away. The pork store. The vegetable stores. Even the bank. Now it was all brownstones owned by people with money. There had been a tough time in the seventies and early eighties with a lot of crime. The moolies had come out of the Red Hook Projects. His manpower was limited so he could only protect a couple of streets. It took that asshole Giuliani to clean it all up. The only good thing that worthless fuck ever did.

A nanny was pushing a stroller across the street. None of the rich women took care of their children. They left them in the care of a Mexican or Haitian all day long. Good only knows how those poor bastards would turn out.  The Chinese mailman was putting letters in the mailboxes at the top of the stairs in the condo across the street. Now a day’s most of the buildings were condos. Or rentals to Wall Street wannabees who couldn’t afford a brownstone yet. The longshoreman and their families who had lived there when he was a kid were long gone. The docks were all closed. All of the shipping had moved to Howland Hook and Jersey. All of the money and opportunity and moved on with it. There was still money to be made in South Brooklyn. Gambling. Loans. Drugs. He had a finger in all of it. It wasn’t what it used to be, but it still was a nice sum at the end of the month.

People passing by would say hello or acknowledge him in one way or another. Not the homage that he used to receive back in the seventies but still the old timers knew who he was. A couple of elderly widows passed by pushing their carts on the way to Court St to do some shopping at Esposito’s pork store or the IGA on Henry Street. It was a long walk but they were hardy individuals which is why they had outlived their entire families. Both widows nodded at him and said “Hello Vincenzo” in soft voices as though they were telling a secret. He nodded and said, “Good morning Ladies.”

A young girl in a stylish outfit strode confidently down the street. She was a beauty, and she knew it. She smiled at the dapper old man in the chair and said hello. He smiled at her and she smiled right back at him. Back in the day he would have pursued it. But he was past all that. Still he enjoyed the nostalgia of it all.

The UPS guy walked by and said “Hello Mr. Aiello.” He looked at the girl who was up the block. “That’s a nice piece of ass eh?” Vincenzo looked at him with his eyes hooded and his grim face on. The big cuich's bowels turned to water. “Sorry Mr. Aiello. No disrespect.” “Get lost.” “Yessir Mr. Aiello.”

The idiot kid next door was bringing his wagon down the stoop. He was a fixture in the neighborhood for as long as he had been alive. He was a half a retard and was always with his mother. That bitch on wheels had tortured the poor dummy all his life. She took him out of grammar school and kept him out of school since the seventh grade. They had money. She owned a couple of the brownstones on the block so they were well set up with the rents. He rolled his cart up to the club.

He looked at him as he pushed his cart up to Hicks Street huffing and puffing since he was so out of shape and unhealthy. It was like looking at one of the last vestiges of the neighborhood walking down the street. The idiot must be sixty if he was a day. Probably be dead soon. Just like everyone else he had known. It was just getting old being old.

Troop, You are good at immersing us in nostalgia.

Cheerful little story, isn't it? I like how you always look on the bright side...

A scripted Eastern in the making.

Spinelli, did you grow up in Chicago?