One Monkey don't stop no show 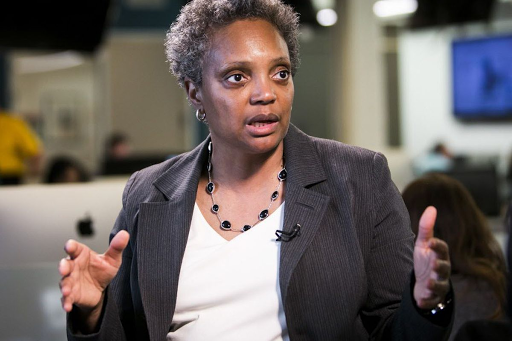 So the black lesbo Mayor of Chi town has said she will only talk to black or brown reporters. No Irish need apply. Per Red State:

“As ⁦@chicagosmayor reaches her two year midway point as mayor, her spokeswoman says Lightfoot is granting 1 on 1 interviews – only to Black or Brown journalists,” NBC Chicago’s Mary Ann Ahern tweeted."

So as usual black racism goes unremarked and unpunished. A small caveat to that is one Hispanic Journalist canceled an interview because of this policy. Gregory Pratt ( a Hispanic name if I ever heard one) of the Chicago Tribune refused to do  an interview because of this new blatantly racist policy. Will any of the other ultra liberal members of the press follow through? Or will they brush it off as they did most of the transgressions of this idiot.

I don't know. Maybe she can stop this show.

Labels: Hey Hey We're the Monkees, I know bullshit when I smell it, It's sick out there and getting sicker, monkey business

The Soviet Smolettes are like body snatchers - but they be racist too.

Reporters would kiss her ass rather than go face to face.

Chicagoans deserve all the horseshit politicians they get. They elect them.

I'm with Spinelli. I grew up loathing FIBs and still do.

Well, it's been noticed, as many of these acts are, but anybody who wants to look at that puss (I didn't know the undead was a gender), deserves what they get.

I don't know. Can an obvious zombie be a racist? She could be white, but after a few years being dead, your skin can darken like that, especially around the eyes.

If a zombie offers you a one on one interview, do you show up?