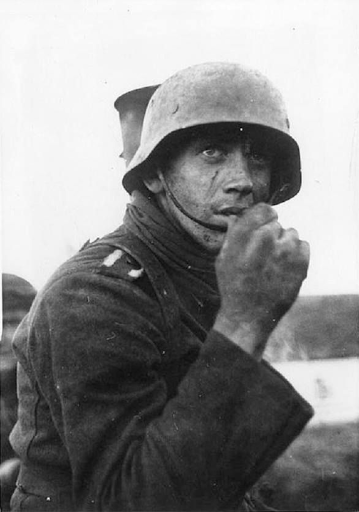 [ˈlo͞oɡē]
NOUN
NORTH AMERICAN
informal
"he sounds like he's trying to hawk up a loogie"
Posted by Trooper York at 6:02 PM

Krauts measured their loogies in millimeters, Americans, you know, the winners, used inches. The Army Model of 1911 in the caliber of .45 inches - remember, boys and girls, if you are going into a gun fight, make sure the first number of the caliber of your sidearm is a 4. Three is right out!

To this day the mere mention of such brings back haunted memories of the giant green loogie - I mean giant and I mean GREEN - frozen solid, in disgusting ooze shape, on the north side of the school gym.

I thought I'd be unique. But no, some damn cheese thing stole my thunder. In formation at Pendleton, we'd give points on color. We all had upper respiratory issues, hacking and coughing. Up at 5, no coats allowed, as 4 hours later it was a 100 in the sun in those socal hills. Purple scored more points. Back then. We wanted to see real tissue. Marines you know.

You know Doc Holliday had some giant loogies.

They were highly prized souvenirs, however

Let me guess: A Loogie is what comes up when a yellow Croc and a Lugar couple up in the back hallway of imagination.