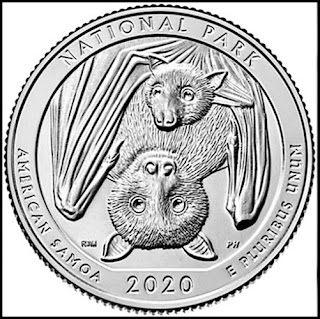 It's perfect for the New America: an intersectional blend of Froot-Loop and Moonbat, and not actually American at all.

The pic above is one of the recent National Parks Quarters. The Mint will also be releasing a series of Pioneering Women Quarters, and Treasury Secretary Janet Yellen wants to hear your suggestions. Of course, they must be "...women known for their work in civil rights, science, the arts and abolition, among other areas, with an emphasis on women from "ethnically, racially and geographically diverse backgrounds..." They also have to be dead.

I plan to nominate suffragist, temperance crusader and Prohibition Party leader Frances E. Willard. She's not very diverse, but I'd love to see that face, and that pince-nez, on a coin. (Here's my favorite picture of her.)

So far, at least, our currency still has the look of a safe, stable medium of exchange: sober green, with pictures of neoclassical buildings and dead politicians. But I suspect within a decade we will have gone Full Third World -- hues of peach and magenta, and pictures of wind farms, Natural Wonders and poets nobody has heard of. And, of course, lots of zeroes: 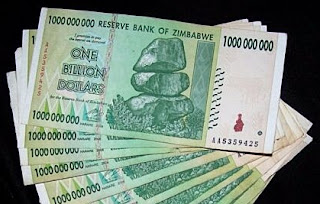 Willard looks like a terrorizer of young girls and little dogs too.

We'll need wheelbarrows to carry our money to buy groceries.

C-notes will soon vie with the NYT for the role of bird cage liner.

What will act as a store of value when the stock market tanks and the dollar succumbs to hyperinflation? Anything beyond food, water, fuel, and ammo?

Gold and silver are traditional.