Those dirty Scandi's are taking over my TV 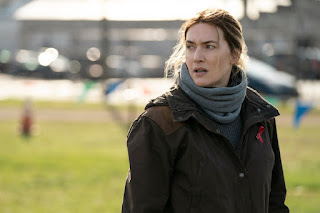 So do youse guys know what Scandinavian Noir is all about?

It's a type of film drama that thanks the atmospheric tropes of Film Noir and presents it in a Scandinavian setting. There are several TV series available on various streaming services that are part of this movement. The Bridge. Wallander. The Killing. Bordertown. Some of the Brit series picked up on the style like River, Marcella and Broadchurch.

So what the fuck is Scandi Noir. It is brooding protagonists. Shitty rainy settings. Everybody is depressed. Life sucks. You know realism. Just the way the world is these days. Every day and always as a matter of fact.

The whole concept was inspired by the novels of the Martin Beck series of novels by Maj Sjowell and Per Wahoo. I remember reading them when they first came out. They in turn were inspired by the novels of Ed McBain another crime writer from America. I think all of the show runners grew up on these tales just like I did and used the inspiration to generate these new stories. They even made a rip off movie starring Walter Matthau called the Laughing Policeman where they used one of the stories. It sucked. But the new rip offs are much more engaging.;

This is all a long round about way of talking about a new series called Mare of Eastown. It's set in small town Pennsylvania where everybody knows each other. The performances starting with the star Kate Winslet are uniformly good and it has all the trappings of Scandi Noir. So I say give it a try. You might enjoy it. It's on HBO Max or you can steal it the way I do.

Ugh. My sister watched these Swedish murder mysteries regularly. I would needle her to say that the victims either died of boredom or suicide.

The Bridge (Copenhagen/Malmo version) didn't strike me as noir.

Noir is when you can't tell what if anything is going on, and with bad lighting.

Soap opera is when it's about somebody with a drinking problem or other mental disorder that they can't get over.

Rhhardin, Yancey Ward would like you to email him at twixella AT aol.com

If you like this sort of thing, and haven’t seen Wallander, check it out.