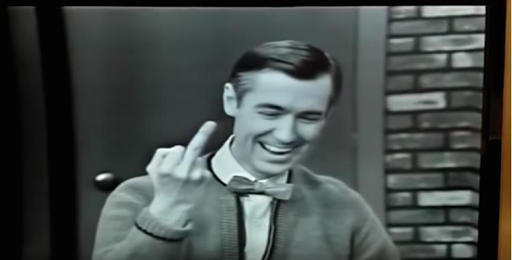 Ace has a great post where he talks about the Quislings Paul Ryan and Liz Chaney who want to go back to the days where Republicans were civil and let the Democrats run roughshod all over them. From Ace of Spades HQ:

No, the do so crookedly, sneakly. They advance the left's goals not by explicitly supporting the leftwing cultural agenda -- that would be too honest -- but instead by attacking conservatives for fighting back in the culture war.

They never have a damn thing to say about the left's constant cultural aggressions -- and do not propose to do anything about the left's nigh-unbroken string of culture war victories -- but they always have something critical to say about conservatives merely resisting the cultural left, or trying to push back on fronts where the left has recently seized ground."

This is exactly right. This is what is behind the attacks on Marjorie Taylor Greene for a little hyperbole that is par for the course on CNN or MSNBC. How many times had we heard talking heads call President Trump Hitler and his fans Nazi's? Now they vote to throw her off of her committees and there is even talk of expelling her from Congress.  Meanwhile vile anti-Semites like that Muslim piece of shit from Minnesota get off scot free. Where is the outrage  by McCarthy and Scalise over the Squad and the shit they pull?

I say fuck them and the hobby horse they rode in on. We need to purge them out of the party. There is no place in the MAGA Republican Party for the likes of Ryan, Cheney, Romney or even McCarthy.  You say we need people like to take over Congress. For what? They will never vote for change. Meaningful change. We can grow the party with working class people who are socially conservative. There is a boatload of socially conservative Hispanics and Asians. You need to be out there pounding the fact that Asians are being attacked by black criminals who are the base of the Democratic Party. You need to pound the fact that their children are being denied educations because of affirmative action. You need to pound the fact that the Democrat's have become the party of the corrupt  big business monopiles like Amazon and Google.

Screw these Rhinos. Lets get the Party where it needs to be. These weak ass bitches need to be terminated.

No more Mr. Nice Guy in our Neighborhood!

It's why everybody loves Trump.

He was anything but civil.

The RINO Romcheyan/NotLincoln losers don't even qualify as a "wing" of the GOP. They're fake conservatives who lied their way to power and now don't want to relinquish it, plus a few gullible and naive wannabes who see themselves in them.
So ten years ago. It's just
Sad!

The NoMAGAs need to be put in the Big Tent, get locked in, and remove the poles.

The John Wilkes Boothe Project is full of pedophiles and goat fuckers. It's no wonder the left loves them.

As someone once commented at "TOP" re: reservations about Trump because he's "Not our kind, Dear" he said in response: "Hell, we didn't hire the Pope; we hired a BODYGUARD! He fights! Also, FYI, my wife recently struck up a conversation with a black long-haul trucker in the lobby of the hotel/motel we are currently staying in. Turns out he'd made some mistakes as a youth, done some time, but now was on the right track w. a 6-figure income. Conversation turned Trump. "Oh, that guy's a thug" he exclaimed. "Oh oh" my wife thought, "here it comes." "Yeah you may not like to hear what he has to say, but he tells it like it is! He gets things done! He's our Thug!" the trucker further eplained. Morle of this vignette? Support for Trump in the Black community is wider than the MSM would have one believe..