Shortest day of the year - yes it was

It was overcast this morning and the wind was blowing the clouds by at an incredible rate.  But I was  quick with my phone and I got a picture of the sunrise: 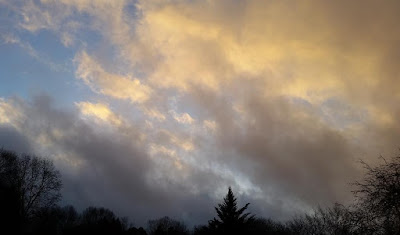 I decided to go out and get some shopping done as the stores are only going to get more crowded between now and Christmas.

I came home, did some work, cooked and consumed lunch, then went back to work in the shop. I heard what sounded like thunder but thought that can't be right. Well, it was. I went outside and saw that we had a thunderstorm bearing down on us: 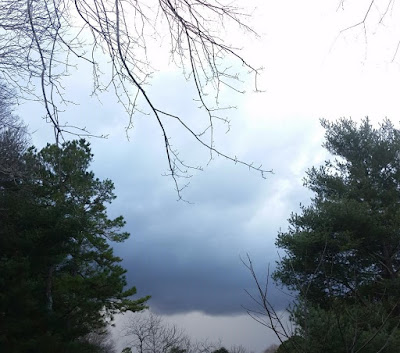 That's never good in the winter. Up to that point the temperature was warm, probably in the mid-60s, and when a cold front moves in and collides with the warm air potentially bad stuff can happen.

The storm passed over and what do you know - nothing bad happened, just a rainbow:

So I kept working and finished a bowl for a friend who watches my dogs when I am at market: 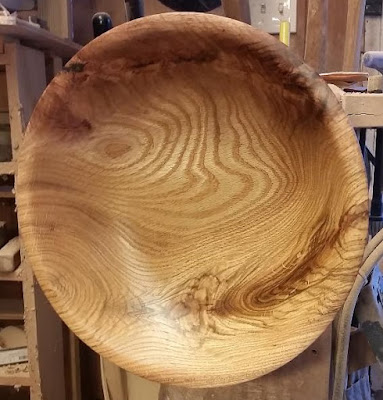 It is white oak and I think she will like it. It's good for storing onions and the like. With luck I will be able to give it to her between now and Christmas.

I also put up my Christmas tree, which is something I do on the shortest day of the year. That is my way of ensuring that the sun comes back, and so far my plan has not failed.

We have been having some intense rainfall for the last few days and my front yard is flooded, but at least I don't have to shovel the water. 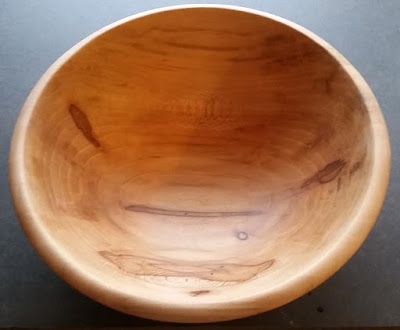 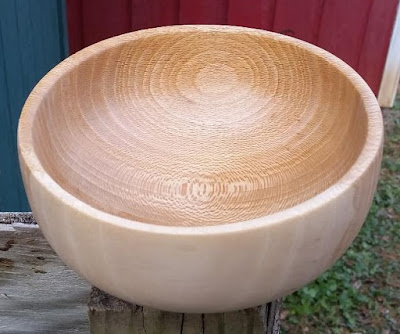 The sky grew increasingly cloudy so I didn't get a picture of the sunset, but as we all know, tomorrow's sunset will be slightly later than it was today. I think we can all agree that is a good thing.

Warm air from the south led to a pressure drop.

Was it the shortest day or is it the longest night tonight? Can it be both?

One requires the other.

Had a very similar weather pattern yesterday in upstate New York. Ridiculously warm, like upper fifties, for upstate NY at this time of year and windy and then thunderstorms. Is it possible for a weather system to be that large, to cover that much of the country? I guess so.

Now back to the balmy twenties.