Reason 698 why Donald Trump should be elected President. 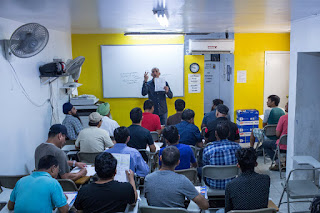 Know English? For NYC Cabdrivers it is no longer a requirement.
New York Times By Emma G. Fitzsimmons August 19 2016
Hail a yellow taxi in New York City, and there is a good chance the driver is from another country. Passengers are regularly exposed to a range of languages that span the globe, from Spanish to Bengali to Urdu.
It can be charming, but also maddening for riders who feel that drivers do not understand where they want to go. Don’t you have to speak English, some wonder, to drive a taxi here?
As of Friday, the answer is no.
That is when new rules went into effect eliminating the requirement that taxi drivers take an English proficiency exam. Now, the test for a taxi license is available in several languages, to accommodate non-English speakers.
The sponsors of a City Council bill to remove the English test argued that the requirement was a barrier for would-be drivers from immigrant communities who were looking for work. But the shift has prompted concerns over whether communication between taxi drivers and passengers could become even more difficult.
“If you’re in New York, you must speak English,” David Hernandez, 26, a cook who lives in Queens, said on a recent afternoon, noting that he already had problems communicating with some taxi drivers. “This is an English-speaking country.”


The change, one of several significant revisions to taxi regulations in New York, was approved by the Council in April and signed by Mayor Bill de Blasio. The shift comes as drivers-for-hire in London are facing the opposite demand: a new English test requirement for drivers from non-English-speaking countries, prompting a rebuke by the private car service Uber.
In New York City, Uber drivers have not been required to take the English exam, a disparity officials were seeking to remedy as many yellow taxi drivers have left to work for the app-based service.
At a taxi school in Queens on Friday, even some students who were studying for the taxi exam and do not speak English as their first language conceded they thought the English test had been necessary.
“You have to communicate with the customer,” Pasang Sherpa, 40, said as the students reviewed methods of finding a cross street. “You’re not working in a kitchen. You’re driving a cab; you’re dealing with the public.”
Many New Yorkers, however, said they were fine with the change and appreciated the city’s welcoming attitude toward immigrants. Darryl Whiting, 26, a personal trainer who lives in the Bronx, said he had no idea taxi drivers’ language skills were tested.
“I rarely talk to my driver now unless they talk to me, so it doesn’t matter as long as they get there safely,” Mr. Whiting said.
The elimination of the provision follows another major change in the requirements for becoming a New York City cabdriver: Last year, the city’s Taxi and Limousine Commission eliminated most geography questions from the license exam, alarming some veteran riders, who complained that drivers already seemed less familiar with the streets than they once did.
Even in an era of global positioning devices and mapping apps, drivers and passengers often have exchanges over directions, fares and tolls. And there are those who simply want to chat about their day, the weather or even the sorry state of their love lives.
Councilman Ydanis Rodriguez, who sponsored the bill and is himself a former livery driver, said the legislation was intended to level the playing field so yellow-taxi and Uber drivers faced the same licensing requirements. Thousands of people, he said, now drive for companies like Uber and Lyft, another app-based service.
“They don’t have any language requirement, and no one has complained that they can’t communicate with them,” Mr. Rodriguez, a Democrat who represents northern Manhattan, said.
A spokesman for the mayor, Austin Finan, said the taxi commission and the mayor’s Office of Immigrant Affairs were developing an educational program for drivers to teach them industry-specific English. Ending the test would not do harm to the “safe and reliable customer service” in the industry, he said.
“The new legislation recognized the reality of an industry that has long been supported by the city’s hardworking immigrant community,” Mr. Finan said in a statement. “We do not want to prevent that community from access to jobs to support themselves and their families.”
For decades, most taxi drivers have been born outside the United States. Now, only 4 percent are born here, according to the taxi commission, and that figure has been dropping, from about 62 percent in 1980 and 36 percent in 1990. Drivers across the industry come from about 167 countries, with among the largest share of taxi drivers coming from Bangladesh (24 percent) and Pakistan (10 percent).
Operating a taxi can be a grueling job, with many drivers working long hours, and the taxi commission recently limited shifts to 12 hours a day. Applicants still face a long series of steps before becoming a driver, such as enrolling in an instructional course, submitting to a medical exam and a drug test, being fingerprinted and undergoing a criminal-background check. They must also have a state-issued driver’s license, though state officials said there was no English requirement for the Class E license that many taxi drivers apply for. The written test for a first time applicant in New York State is available in several languages.
The taxi English proficiency exam had included questions in which drivers had to listen to an audio clip and select from multiple answers to identify what a passenger was saying. In one test question, provided by a taxi tutor, drivers were asked why a man and woman wanted to go to a museum: because they bought a ticket for a new exhibition, or because the museum is in Chelsea where they live?
“If someone knows a little English, it’s not difficult,” Tainur Rahman, 38, of the Bronx, said one evening this week as he ended his shift and handed his cab off to another driver, on Lexington Avenue.
Mr. Rahman, who has been driving a taxi for five years, said he was disappointed that the city was ending the test, because he thought drivers should be able to show they understand some basic English.
Hector Diaz, 37, a legal secretary who lives in Queens, agreed, saying it could jeopardize passenger safety if a driver did not speak any English.
“If there is an emergency, how are they going to communicate with the passenger?” Mr. Diaz said.
Others said they would welcome a quieter trip. Mia Borthwick, 18, a student who lives on the Upper West Side of Manhattan, said she did not want drivers to start a conversation with her.
“Uber is bad about that. They always talk to you. I don’t think that’s a requirement of the job. That might actually be better for the passenger,” she said of the new rules.
Cynthia Weisberg, 74, a retired nurse who lives in Manhattan, said she supported the decision to retire the test and believed drivers would know some English just from living in the city.
“It may not be the Queen’s English, but you have to speak some English just to get around,” she said.
Ms. Weisberg said she liked talking to her taxi driver.

“I’m interested in where people are from,” she said, “and what brought them here.”

Labels: New York Times, Nobody to the right of me Cuckservatives to the left of me stuck in the middle with you

Does that offend Lem? Good!

Taxi politics in NYC is very fucked. There are literally millions invested in taxi medallions that have become obsolete because of Uber. The Taxi industry is a major contributor to De Blasio and most of the City Council so they will do whatever they can to destroy Uber and the other modern taxi services.

They cite Uber as not having the requirements. Well of course not. But every Uber driver speaks English and has a GPS. So it is just bullshit.

The English part is bad but the fact that they don't have to pass a test about knowing the city streets is even worse! Soon they will be able to drive a taxi without having a drivers license......because.....political correctness!

OT, but relevant: Notice how the optics have changed since Trump went down to Louisiana?

The best Pissy can do is issue a royal decree about race discrimination, Trump hands out relief supplies he brought in.

And where's the Beast? Good question because, if you look at her schedule from now until late September, it looks like she's doing an event every 10 days, and all she's doing in October are the debates

Of course the Bronx is a lousy example. What spanish speaker doesn't know donde that is.

A good example would be "Take me to the Graybar Building." "Huh?"

Well most of NYC is Democrat for decades. Except for isolated parts of Staten Island and Bay Ridge. And even Bay Ridge is filling up with the Chinese and Muslims. They are buying everything up and the original occupants are fleeing to Florida and North Carolina of all places.

I bet a bunch of those guineas are going to move near Sixty. That should be interesting.

Imagine Sixty living next door to Snooki and JWow. Nice.

We always hear, "why can't we be like Europe or the UK?" Of course, they only mean that for socialism. But point that London Taxi drivers are still required to speak English, and actually have some intelligence; there's no more interest.

As I have mentioned, Troopericci, I was raised by Italian women for portions of my misspent youth. Plenty of Italians in the South already, but the only Snookie I knew was a dude who flew helicopters in Vietnam and he is still with us. Occasionally he posts the picture of the day his war ended - it's a picture of his helicopter radio with a bullet hole coming in from the back, bursting through the switch panel, right towards the pilot.

Funny you should mention the invasion of locusts, er northerners - just today a guy came bounding up to me and he blurted out "I'm from up north", and by the third word that statement was rendered redundant and self-evident, what with his barely intelligible accent and all "And I am here taking a survey to find out who youse locals...", and based on how he said the word "locals" I could tell he was trying not to say "Inbred, toothless, moonshine-swilling meth-heads", "...are voting for."

Sure you are, you lying sack of Y*nkee refuse.

He continued "I'm for Trump!"

Sure you are, see above.

Said I "This is a politics-free zone, but if you want to talk about religion or your sexuality, go right ahead on."

Some people just don't have a sense of humor.