Not at this time 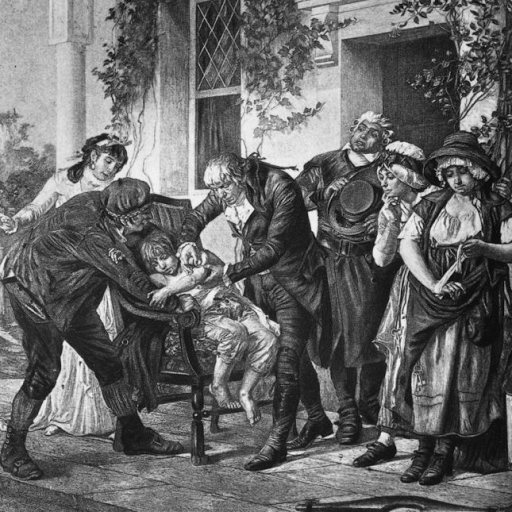 John Glenn was a lousy politician but he did say one thing in his life that made sense. When they asked him how he felt about sitting in his rocket ship about to blast off he said: I felt exactly how you would feel if you were getting ready to launch and knew you were sitting on top of 2 million parts — all built by the lowest bidder."

So yesterday I get a call from my doctor to tell me he has the vaccine and I am eligible because of my age and my underlying condition. He asked if I wanted the shot. I said not at this time. He asked me why. I said "That shot is made by Johnson and Johnson. You know who owns Johnson and Johnson. The guy who owns the Jets. Why would I ever take a shot from the guy who owns the Jets?"

This shot is very dangerous. It killed Marvin Hagler. The guy got hit in the face for ninety rounds by angry moolies and didn't have a mark on him. One needle and he is dead.

Closer to home my 82 year old mother-in-law took the shot. Ten days later she had a mini stroke. Coincidence? I think not. We know a school teacher who took the shot and ten days later dropped dead. I bet there are thousands of cases like that which are being covered up by the media and the government. I don't know if I will ever be able to travel again if I don't get the shot but I am going to stick it out as long as I can.

When Mom was in the hospital they only allowed one visitor at a time. When it was my turn I told her a story about strokes. You see there were these three old ladies sitting on a bench at a park in Florida. A guy wearing a raincoat comes up and opens it up and he is naked and his pisca deal is hanging out. The first lady had a stroke. The second lady had a stroke. But the third lady didn't have a stroke. You know why?

Her arms were too short.

If you went on Gab you would see stories about people throwing clots after getting the shots. It's not uncommon.

You can add Hank Aaron to your list "Don't be like Hank Aaron" is my motto. Get the shot, drop dead.

As long as we're doing anecdotes--I had the Moderna vax, first shot of two, a week ago, with no ill effects.

That's how they hook you - the first shot is free! I saw that in a movie once.

Actually, Glenn stole that (surprise!) from an old Army wheeze - always remember your weapon was made by the lowest bidder.

And these "aaccines" aren't. They're gene therapy and the story's starting to get out.

(I was going to do a post on this, but I figured you were tired of hearing about it, especially from me)

Thanks for the link, edutcher. A post would also be welcomed and read. Up to this point I hadn't clearly understood the definition difference spelled out in the first three paragraphs between the virus and the symptoms.

It reinforced the decision I'd already made not to go ahead with the shot at this point in time.

Some of my own fears may be in the way of me going out to get this. Fifteen years ago my younger brother (with no major health issues) died from a pulmonary embolism after taking Levaquin for bronchitis. He first experienced anaphylactic shock, then the formation of multiple unexplained blood clots in the weeks that followed, and death two months later. Since then, three black box warnings have been issued for that drug by the FDA, with evidence of blood clots now tracked online and listed as one of the adverse side effects. While we don't know for sure that it was the drug that did him in, something started that chain of unfortunate events that took his life.

Around that same time, I also experienced an allergic reaction known as Steven Johnson Syndrome, (Type IV hypersensitivity) after taking a medication I hadn't previously tried. And all of this has made me more cautious about what I'm willing to welcome into my system, especially when the information regarding adverse reactions and side effects isn't clear or complete.

I'm sorry to hear of your mother-in-laws stroke, TY. I hope she's been able to regain some strength and lost function and return home. What previously seemed old to me, like my dad's life ending at 80, now seems much less so, as I'm one more spring closer to reaching those bonus years myself.

I too, am going to stick it out as long as I can and see what follows. I'm thinking MrM might eventually cave and get it, as he is the one who does most of the shopping and necessary outside contact, and also likes to believe in the wonders of medical intervention. He's currently recovering from prostate cancer and surgery (discovered last Dec through blood work showing a notable rise in PSA) and that went well, with the blessing of a surgeon skilled in Da Vinci surgery who able to remove what we hope to have been all of the cancerous tissue. Further blood work, however, will determine next steps.

So there it is, the two-handed reality of modern-day medicine and technology, delivering all manner of goods to lowest bidders and people in need!