Dog bites man....lets circle back to that one. 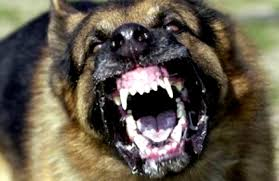 In their futile attempt at making Joe Biden seem normal the liars and fools of the Fake News Media made a big deal out of the Biden's bringing their "Rescue Dogs" to the White House. Now the rescue dog wasn't Kamala Harris but a pair of German Shepard's that they adopted. It seems that they are biters and went after some of the security personal who were most likely tasked with walking them. I mean you can't expect Jill Biden to do that. She's a doctor. Com'on man!

I thought it was bullshit that they adopted German Shepards. Man that is a real old school dog. When I was a kid they were very popular. We called them "Police Dogs" and people got them for protection.. Because they were mean and they would bite. In fact in my neighborhood the only dogs you would see were Shepards and Dobermans. Except for the gay guy across the street that had a poodle.

Nowadays everyone has a frou frou dog. Little yapping lap dog pieces of shit that are really overgrown rats. Nobody has a big dog like a German Shepard. If they want a big dog for protection they get a pit bull. So I think Biden got the dog because he is senile. He remembered it from his salad days in the 1960's so that is why he wanted that dog. When he had no intention of caring for it Just like the country.

He should realize that if gas goes to $10 a gallon and he starts another war the people are going to turn on him like his German Shepard's. I guess he doesn't care. Or even understand. Because he is gone man. There is no coming back for this sick bastard.

It reminds him of Corn Pop, doubtless, although, if we want to go all Freudian, I can see the lying dogfaced pony soldier getting a couple of concentration camp dogs to assuage all his fixations about how he fantasizes of being a rough, tough, working class hero kinda guy with no college education but tons of street smarts when, in fact, he has the college education, but only barely, and nothing else.

And this is before dementia set in, when he was maybe 25.

Everything about Biden is faux, including his alleged pets.
Not that these beautiful shepherds are fake but the whole effort to frame Biden up as a regular joe with his doggos. Fakety fake fake from the get. Shepherds are highly intelligent and probably sensed their situation was dire and didn't want to be props. Hope they don't end up like the Clintons' prop dog.

I had a German Shepherd/Bull Mastiff mix - he was a great dog. A big dog. A strong dog. Like all dogs, and I don't care how large or small, he required careful training. I miss him, he was a good boy.

When I moved to Zurich in 1990, the apartment vacancy rate was dire and so I ended up living on the edge of town in the fact of a man going on vacation. I took care of his German Sheppard (Schaeferhund). Its name was Sami and she could pull you right along on walks. She also answered to commands in German like "Platz" (sit). Shepperds were popular guard dogs.

"flat" not fact. That's what I get for trying to be all British English

That reminds me of another dog story. I had a dog named Kali, she weighed 65 pounds and was a good looking brindled mix of, well, who know - Lab, Golden, those two were in there.

My neighbor had a similar looking dog, only scaled up. Kermit weighed 105 pounds and was pretty even tempered, fortunately. I used to dog sit ol' Kerms, and one day as I was walking him around the block he saw a squirrel. I didn't know it, but he loved to light out after small rodents. When he took off he nearly pulled my arm out of its socket. Ow ow ow ow! Good dog! Now simmer down...

Everything about Biden is faux, including his alleged pets, but the whole effort to frame Biden up as a regular joe with his doggos.

He was always one of the most unpopular people in the Democrat party. I can see the working stiffs seeing through him and his act, but I don't doubt the unions loved him. He's always had a thing about the fact he really is that inferior and the party tried to paper it over.

Now they have to turn him into a functioning adult.