The new doctor had to be brought up on my medical history. I gave only the salient points and left out a very great deal of the wearisome litany.

It's actually near to a joke. People I haven't seen in years ask me, "What happened to you?" And I tell them, "It's a dreadfully long and detailed desultory saga filled with pain and suffering and heartache throughout. Here, pull up a chair and I'll start at the beginning."

So with the new doctor I zip through the major incidents and give detail only when he asks a specific question. Our session together was rushed but also quite long. And through all the surgeries and seizures, and broken bones, hospitalizations, and spinal taps by various names, specialists and their extreme tests, and blood sampling, the thing he showed the most interest in was me mentioning the juicer that changed my diet.

He was very interested in that. That point of interest stuck out.

He must be vegetarian or something, and was looking for affirmation. That's what it seemed like.

He's tall and thin as a rail. When he sits in the regular examining room chair that too small for him, he looks like a giant thin spider with his thin bent legs going well beyond the dimensions of the chair and his long narrow shoes jutting forward. And his thin sleeved arms bending outward beyond and back to the writing surface. It's awkward as all hell and a bit comical, like he's sitting in a child's chair writing at a child's table in a room that's too small for the two of us.

He interrogated. I gave him the short shrift. All my answers were short. He didn't accept my answer about the juicer and that's the one thing he insisted I reconsider my answer.

"How long have you had it?"

"Have you noticed any difference?"

"Come on. You must have noticed something."

Now I must think of something.

"Well. Yeah. My skin. And when I stand up from sitting awhile there is no sound, no creaking, and no pain. A few weeks ago I stood up and realized the ankle tendons didn't pull tightly give a shot of pain, my feet and knees and hips didn't hurt and I didn't feel anything as my spine straightened. I stood up smoothly and painlessly. And in that moment I thought, Gee, so this is how it's supposed to be; no pain."

"See? That's something to notice. That's a positive change."

"I was hoping to notice that I have more energy to get more things done and that hasn't happened. I don't have more energy, so that's why I answered I didn't notice anything."

My refrigerator is full of fruit and vegetables. Full. With multiples of everything. In the past, scant vegetables would languish in the crisper, grow mold, wilt and perish. I would wonder, "What should I do with that celery? How can I use those apples? Should I make a pie?"

So far, the last three months, every single checkout clerk noticed and said something.

"None of your food has a nutrition label."

My friends joke, and share the joke right in front of me, my refrigerator is a 3-dimensional puzzle. If you want something you have to move things around. 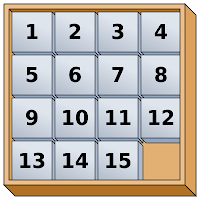 That's my refrigerator except in 3-D.

My shopping cart is loaded with fresh things. To run through the juicer. And all of the bags are heavy from the water in vegetables and fruit.

And automatically less attention is given to animal protein. I did not plan that. That is not a conscious decision I made. There is nothing ethical or ideologic about it. It's simply what happened.

Now when I get hungry and think of things to eat, my mind goes to what I have on hand. And that's basically everything in the grocery section.

So now, apart from juicing, since I'm constantly hungry, I'm also constantly thinking of combining the solid foods that I have the way that I do for juicing. Weird combinations. Strange salads. Bizarre dressings.

And the idea of cooking them is not appealing.

It has nothing to do with deciding to go on a raw food diet. It just happened that way.

I tasted the raw peas and they're actually sweet. They're great raw. And the texture is interesting and fine.

I barely cooked some of the peas and they are not improved. They really are better raw.

So what could go with the peas to tamp down my hunger without juicing them? Cucumber? Apple? Spinach? Kiwi? Combinations roll around in my mind.

What would I do for a dressing?

The usual thing of oil and vinegar and herbs?

I have quarts of homemade yogurt.

No wait, actually that doesn't sound so bad.

See how the thinking goes? That goddamn juicing machine is actually changing the way my thoughts go about food. The juicer is directing my thoughts.

I had no idea it would impact me this way.

My aim was to introduce something a little bit more healthy to take the place of Coca Cola but what happened is a near total dietary makeover. And I did not intend that.

This video is annoying. I didn't watch it all the way through. I don't know why people stretch out their videos. It's 3 minutes. Skip the first minute, and skip through. I'm showing it because I think combining peas and cucumber for dinner is bizarre. But sure enough there's a video on it. And she uses frozen peas. Gawl!

The only reason I bought peas is because they looked so precious in their little clear sack at Trader Joes and I hadn't seen that before. So I bought them. What the heck.

you were born when you were.

PS I was always lousy with those things.

s/b It's lucky you were born when you were.