They aren't even good Germans. 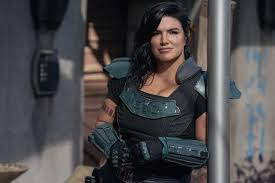 Do youse guys know who Gina Carano is? She plays Cara Dune the tough no nonsense mercenary in the Mandalorian the Star Wars TV show that brought so many alienated fans back to the franchise. She is a former MMA fighter and is as tough as nails while still being a pretty hot chick. If you like chicks that can beat the shit out of you.

Anywho the soy boys and lesbian feminists in charge of Lucasfilms fired her for her conservative tweets. The last straw was when she said the Nazi's didn't start out killing the Jews they started by turning the population against them by using the media and the force of public opinion to make them the "Other." Sort of what the Fake News and the Democrat Socialist are doing to Trump supporters. They proved her point by dropping her form the series. Now there has been a campaign for a while to defenestrate her because of her other conservative tweets but she was protected the Jon Faveau who is a closet Republican but who I guess couldn't protect her anymore.

Gina is the real deal. I hope she can create a show using alternative media they way other conservative actors have been able to do. She is just too threatening to the liberals. A smart strong woman who has ideas of her own and doesn't buy into the conventional wisdom. They prefer to celebrate and employ rapist and child molesters who are the majority of the people in Hollywood.

I  will be on the look out for you Gina. God Speed, 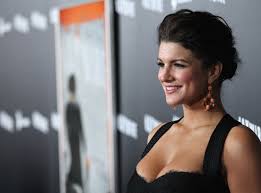