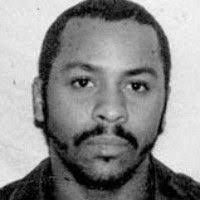 Willie James Bosket, born on December 9, 1962, is a convicted murderer, whose crimes, committed while he was still a minor, led to a change in New York state law, so that juveniles as young as thirteen could be tried in adult court for murder and would face the same penalties.

Bosket was tried and convicted of the murders in the New York City Family court, where he was sentenced to five years imprisonment, the maximum sentence for someone of his age. The short length of Bosket's sentence caused a huge public outcry, and led the New York State Legislature to pass the Juvenile Offender Act of 1978.

Under this act, children as young as thirteen years old could be tried in an adult court for crimes such as murder, and receive the same penalties as adults. New York was the first state to enact a law of this nature; many other legislatures have since followed suit.

He was sent to state prison for four years after trying to break out of the youth facility, and was released in 1983. After 100 days he was arrested when a man living in his apartment complex claimed Bosket had robbed and assaulted him. While awaiting trial, he assaulted several court officers. He was found guilty of attempted assault for the dispute in the apartment and sentenced to seven years in prison. Not long after that, he was convicted of assault and arson. Under New York's habitual-offender law, he was sentenced to 25 years to life. He has since drawn two additional life sentences for offenses committed while in the maximum-security Shawangunk Correctional Facility, including assaulting a guard with a chain and stabbing another.

As of March 2011, Bosket (NYSDOCS inmate number 84A6391) was housed in a special cell at Woodbourne Correctional Facility. He will not be eligible for parole until 2062.

Honestly Trooper, I don't know what gets into you.

What prompts you to post half a story like this under the heading of black history? Or title it as a celebration the way you did?

This post sounds angry and sarcastic. Or maybe the word is sardonic--which covers grimly mocking or cynical. Whatever your intent, it prompts me to wonder if you are throwing it out as bait in some kind of lame attempt to stir up drama? It certainly doesn't read as a celebration of anything and it supplies only half of a story. Stop being such a tool. If you're as interested in history as you claim to be, then post the history which spells out the rest of the story. And for God's sake, leave the color commentary off. Your skills as a storyteller are greater than this type of smallness or ignorance as to what opens to door to darkness and human evil.

Bosket was born in Harlem. His father, Willie Sr. (Butch), killed two people in a Milwaukee pawn shop shortly after his son was conceived and was sentenced to life in prison, where he earned a degree in computer science and psychology. Butch was released from prison and went on to get a job as a computer programmer for an aerospace company but was charged with a crime. He shot his girlfriend and committed suicide to avoid being caught.

Bosket had a traumatic childhood. When his grandfather was released from prison, he raped Willie many times. When he was 9 years old, his grandfather had him perform anal sex to "teach him about girls". His mother, Laura, had different live-in boyfriends who beat her and, as a boy, Bosket often jumped in to defend her, in one incident hitting a man with a pipe and slashing him with a knife and in another threatening "I'm going to burn that motherfucker up". He also suffered a head injury when he ran out into the street, and was hit by a car. This was all before he was ten years old.

I posted these continuing series of tributes to black history to document that which is forbidden to be spoken of in these politically correct times.

I am not trying to create drama.

I am just being myself.

An asshole with his own opinions.

Offending sensibilities is what I do.

The story posted above revealed a change in law made to cope with and accommodate aberrant human behavior. As such, it has nothing to do with race or celebration.

What asshole opinion were you attempting to express with this post?

What forbidden thing do you think it addresses?

Wow. For me, the forbidden thing addressed is the role of a (small "b") black criminal in changing the criminal laws of an entire country.

BTW, MamaM, your cite fell off. Here is the source:

If true, Bosket got the rawest of deals in life. But that doesn't excuse his murderous ways. At all.

Was the race or skin color of this young murderer a factor in the historical change that took place in criminal law?

If it was, there's more to the story than meets the eye.

If not, then the post as it stands is not a tribute, a celebration, or an attempt to document history, evenhanded or not.

Was the race or skin color a factor for anyone lauded during small "b" black history month?

What is small "b" black history month? I'm unable to find a historical reference to a month designated for the purpose of lauding anyone using that term.

The criminal laws mentioned in the post were changed as a result of aberrant human behavior, which, sadly enough, people of all races, skin color, or creed are capable of engaging in, even those as young as 13 (when the onset of adolescence occurs and the character formed during the first 13 years is tested in behavior outside the home). While Bosket was responsible as a young adult for the murders he committed, and justice needs to be served in order to protect and maintain social order, his skin color and race were not, to my understanding, the mitigating factors that changed the law.

I've been reading and regarding Trooper York's provocations, pokings, asshole opinions and attempts to offend sensibilities for over 15 years and have often learned something new and worth knowing as a result of looking into or behind what's been posted.

While that happened again with this post, what was posted didn't come through to me as a celebration of Black History, a tribute, or an attempt to document something forbidden, unless the intent was to link a disturbed youth's skin color and/or race to the aberrant behavior and changes that took place as a result.