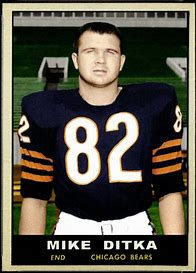 I know I have said that I have stopped following the National Felons League. Which I have. I have not seen a game in the last four years. Not even highlights. So I have no idea what is going on except from some websites that I enjoy. One site that has become a go too place for me is "Outkick the Coverage."

One of the recent posts tells me that the Halas family is thinking about selling Da Bears. One of the cornerstone family owned franchises like the Steelers or the Giants they were the only ballast the league had to keep it in line from the new woke ownership that has destroyed the league.

Now Halas's daughter who is about 98 doesn't want to sell and her idiot family wants to dump the team. You know who one of the main competitors for buying this gem? Jeff Bezos of Amazon. Imagine that.

Monopoly Amazon controlling a storied NFL franchise. I don't know how the salary cap works but I bet you can just pay a fine like the Yankees do in baseball. Can he buy a championship with the dough I give him by having an Alexa in every room? That would suck.

The old families and the old ways are passing from the scene. I guess everyone used to say the same thing when they get old. I remember how sad everyone got when Albert Anastasia retired so to speak. Now it is all woke all the time.

Thank God that I don't follow the league anymore along with millions of other conservatives. I hope the rating decline continues and the league loses its big TV contracts. Although with Bezos they might just go to Amazon and we might be forced to watch it if we want to order books for our kindle or tampons or whatever.

Labels: Amazon, Da Bears, Its sick out there and getting sicker, National Felons League

A streak of fire, a breath of flame
Eluding all who reach and clutch;
A gray ghost thrown into the game
That rival hands may never touch;
A rubber bounding, blasting soul
Whose destination is the goal — Red Grange of Illinois!

The last Fighting Illini of any note.

Anyway, Red Grange, Grantland Rice, the Halas family, all gone with the wind. Time to tear it all down. I am sure soccer will fill the void nicely.

If it was me I'd be getting out while the getting is good.

Halas's daughter married a fucking Mick. That's what led to the downfall.