It is getting tougher and tougher to find things to read. 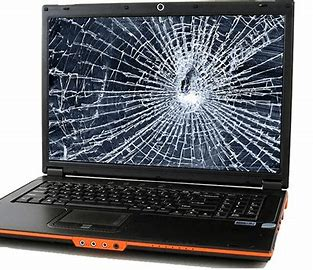 And another thing! I am not through complaining yet!

It is getting harder and harder to read political blogs anymore. It is always the same shit. I started tuning it out at the end of the Trump administration. It was getting all too predictable. The Liberals. The Maga people. The Never Trumpers. Same shit different day.

I have a few blogs I always go too on a daily basis. Red State. Ace of Spades. Hot Air. Daily Wire. American Greatness. Instapundit. Vox Day. But all of them seem to have something lacking these days. I guess my feeling of connection has been lost. I am getting really weary of the same augments by the same bad actors.

The political shows have also really lost their appeal for me. The Five and Tucker and Hannity are all running together in my mind. I have stopped listening to them as they have just become noise to me.

The only thing I seem to enjoy is arguing about TV shows on Previously TV which is a blog which details every show on TV and has a post about many episodes. So you can go on and argue about what went on. I have been banned four times and am on my fifth identity. I don't know how long I can last since I always post pro Trump and pro conservative ideas in a liberal cesspool. Once the moderators catch up I will be a cooked goose. But for now it lets me get my two cents in while I still can.

I don't comment much on blogs anymore since so many of them have disqus or some other monitoring method. It is just not worth the trouble to get certified and then be banned two weeks later.

Oh well. I guess I have to go back to my Kindle.

I don't want to learn anything Sixty.

I want to wallow in my ignorance.

I love a good wallow.

I still read Ace and occasional Insta and Neoneocon but everything else has fallen away for exactly the reason you state: It's gotten rote. Everyone's playing their role, staying in their assigned lane, and as a result no one is saying anything interesting. They don't want to stick their heads up lest they be chopped and also probably weren't all that to begin with.

Lawrence Person's Battleswarm blog is sort of like what Drudge used to be. Some commentary too, but I like the link swarms.
https://www.battleswarmblog.com/

I've been getting my links from Citizen Free Press lately but it also has become a bit stale. They do have some decent video of "Democrats" behaving badly and since I don't watch TV news at all it does satisfy my desire for moving pictures.

Battle fatigue. We're in something of a holding pattern right now which makes all the fear on the Left a bit strange.

Have fun this summer.