The plan starts to take shape. 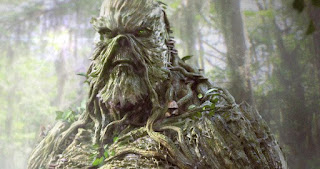 Report: McMaster pushing for “tens of thousands” of U.S. ground troops for Syria and Iraq to finish off ISIS?

Senior White House and administration officials tell me Trump's national security adviser, General H.R. McMaster, has been quietly pressing his colleagues to question the underlying assumptions of a draft war plan against the Islamic State that would maintain only a light U.S. ground troop presence in Syria. McMaster's critics inside the administration say he wants to send tens of thousands of ground troops to the Euphrates River Valley. His supporters insist he is only trying to facilitate a better interagency process to develop Trump's new strategy to defeat the self-described caliphate that controls territory in Iraq and Syria........Jack Keane, a retired four-star Army general close to McMaster  who said he was not speaking for McMaster, told me he favored a plan to begin a military operation along the Euphrates River Valley. "A better option is to start the operation in the southeast along the Euphrates River Valley, establish a U.S. base of operations, work with our Sunni Arab coalition partners, who have made repeated offers to help us against the regime and also ISIS. We have turned those down during the Obama administration." Keane added that U.S. conventional forces would be the anchor of that initial push, which he said would most likely require around 10,000 U.S. conventional forces, with an expectation that Arab allies in the region would provide more troops to the U.S.-led effort.

"The president wants to defeat ISIS, he wants to win, what he needs is a U.S.-led conventional coalition ground force that can take Raqqa and clean out the Euphrates River Valley of ISIS all the way to the Iraq border," Keane said. "Handwringing about U.S. ground troops in Syria was a fetish of the Obama administration. Time to look honestly at a winning military strategy."
(The Deep State is winning bigly. The got rid of General Flynn who stood against this foolishness. They brought Bush era swamp dwellers and turned the national security apparatus over to them. They bombed Syria as the first step to boots on the ground. More Americans have to survive to protect dirty Muslims who would slit your throat in a second. More American dollars have to be squandered in far away places where we have no  business being involved. Now they are after Bannon and Miller and anyone else who will stand against the globalist duopoly. They will wiretap. Leak. Destroy reputations. Get caught breaking the law and the press  protects them.
President Trump has to stand up and repudiate this. He has to stop this madness. His presidency is on the line. I call on him to repudiate this now! To remove this warmonger and end the madness.
10,000 troops in Syria. That is where the Syria bombing was heading.)
Posted by Trooper York at 10:09 PM

Believe it or don't, the Sauds have been good little boys and girls, even making nice with Israel.

Looks like you are going to get your wish ed. Lots of dead American boys to protect filthy Syrian terrorists and rapists.

Plus we are going to bomb North Korea.

Nope, Troop. You're not the guy who's been paying more attention. Lazy.

Also, just for the record, you've morphed from referring to your wife's daughter as your step-daughter to your daughter. I noticed it. I'm even for it. For years, now.