Jason Whitlock is not buying it 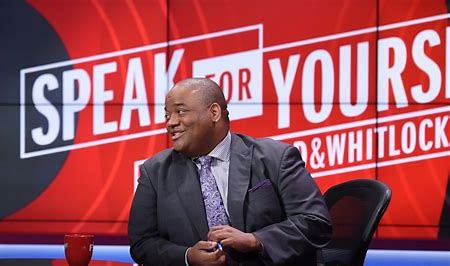 Do youse guys know who Jason Whitlock is? He's a black sports commentor who specializes in going against the grain of what you expect him to say. He set himself up to cater to a white conservative audience and he really cashed in big time.
He has an interesting take on this gymnastic bullshit. He goes into it on his podcast as reported by Real Clear Politics. Whitlock said in part:
"I don't like what has been done to us and what we've allowed. I don't like the brainwashing. The lack of accountability. The lack of expectations for greatness," Whitlock said. "She is on the biggest stage in the world," he said. She has the chance to represent the United States. She has the chance to represent black people. I quit. I'm not in the right headspace."
What do you think about that?
Posted by Trooper York at 2:25 PM

So now we get to crawl into her brain. and guess.

The team got silver. shit happens. Deal with it.

I reject the boo hoo-bitch manipulate earth shattering story! media and the other side of it, as well.

Whitlock has been outspoken since I started following him when he was a columnist in KC in the 90's. He spoke out against the "prison culture" glorified by blacks. He was vilified but never gave an inch.

Regarding Biles. I tend to agree w/ the take by Whitlock and others who say, what if Brady, Lebron, etc. said at halftime of a championship game, "I'm just not mentally prepared." We would not accept that. However, there is word this woman was a victim of that shitbird Larry Nasser. That casts a different shadow if true. At least in my mind. I worked w/ rape and sexual abuse victims w/ the prosecutor's office. They will always have my heart. Always.

It might be different if gymnasts wore protective helmets like bull riders, football players and others, but I would think a screwup from her could lead to her landing on her head. She's the only one who knows whether everything is falling into place or she should back out. Her decision doesn't affect my nationalistic pride. Whitlock is understandably disappointed but I'm sure his black pride will survive this.