You can't escape it no matter where you go. 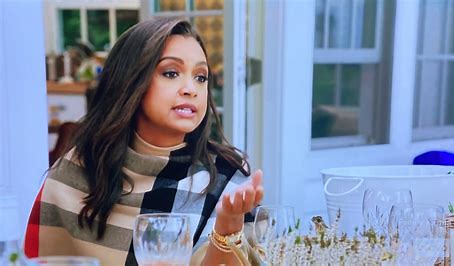 Watching TV has become more and more of a problem for us. I am not one of those phony shitheads like the Nutty Professor who claim they never watch TV. I love TV. I watch it all the time. After a long day it should be relaxing and enjoyable. It is not anymore.

I remember when I was a kid and we all enjoyed six channels. There was CBS, NBC and ABC. Two independent channels WPIX and Fox. Plus PBS if you were gay. So America was basically forced to come together and watch the same things. In the sixties we watched the sitcoms like Gilligan and the Brady Bunch and I Dream of Jeanie and Bewitched. Or dramas like Gunsmoke and Bonanza. The Wonderful World of Disney. Lawrence Welk. Batman. Basically all the shit I write about. But even the seventies and the eighties had cultural benchmarks for all of us. Friends. Seinfeld. The Love Boat. NYPD Blue. All in the Family. The Jeffersons. Mary Tyler Moore. The country was brought together by the same shows we were all watching.

Now there are a hundred channels and there is nothing on. You have streaming services and cable packages. The audience is diverse and fragmented. Only a tiny portion of the old audience is available to any niche part of television viewership. The problem is the powers that be play to only one niche. The woke.

Every single show is coopted by Black Lives Matter and ultra liberal woke ideas. Cop show. They only villain's are white supremacist Trump supporters. We have stopped watching all the crime shows like Chicago PD, FBI, FBI Most Wanted, the Equalizer and every other cop show has become saturated with race baiting dogma that makes the show unwatchable. The only ones on regular TV I can still stand are the fireman shows like Chicago Fire, 911 and 911 Texas Bullshit. The Medical shows are a constant BLM suckfest. I will never watch them again. So what am I left with? Cooking shows and the Real Housewives.

And then they fucked that up.

This Eboni Williams is just a piece of shit. She was late to go to a party and when crazy Ramona called her on it she said she had to take more time because black people had different hair so she didn't have to be on time. When they were arguing about one of the other bitch's Eboni started yelling and Luann asked her why she was angry. This let her go in to a tirade about not calling her an "Angry Black Woman" while she was acting like she worked at the DMV. This is the bullshit that they are pulling now on the Housewives. Everything is about race instead of sex or money troubles. The are fucking up my one simple pleasure.

That only leaves cooking shows. We decided to watch the "Great English Baking Show" for the first time. I had  heard  about it but we never watched it. I am not a fan of baking. It is too much like science. You have to measure things and be precise. I am all about cooking and throwing shit in to make it taste good. Still and all the show was pretty good and the kid that won actually made a bunch of gluten free shit. Now Lisa is demanding that I start baking shit. I am going to get even fatter.

Why can't I just go back to being a simple racist?

I am not one of those phony shitheads like the Nutty Professor who claim they never watch TV.

I resemble that remark!

Now there are a hundred channels and there is nothing on.

Back in the late 1970's Roger Waters sang "I've got thirteen channels of shit on the TV to choose from."

TV has been going downhill for a long time, my friend. It has peaked as a medium. Why cling and get nostalgic? Do you weep about the decline of radio and evening newspapers? We have invented and evolved new ways to stay entertained and you don't need an overpriced cable subscription. And we are practicing that medium right here.

Get yourself an antenna and one of these switches. If you have to have cable you can switch between cable and antenna. We have over 60 over the air channels here, In NYC there's over 100. Granted a lot of the channels are foreign language, home shopping and religious, but how is that different from cable?

There are over a half dozen channels that play old tv shows and movies. If you don't want to deal with commercials there's DVR equipment for that. Some new tvs have dvrs built in. As the guy says in the commercial "Free TV. It's fo real!"

Thanks guys but I do all that.

I must confess I love TV. Much more so than going to the movies. I have a beautiful big TV and the Amazon Firestick so I can get every movie or TV show as soon as it comes out. I also read a lot. Five books a week. I listen to podcasts. But I still want to spend an hour or two vegging out and watching my stories.

They have fucked that up. It is as if every show went to portraying communist propaganda 24/7. Wait a minute. That's what they are doing. It just sucks.

Now I have to go make some gluten free scones.

I mean I can't ask my wife to watch "The Gunfight at OK Corral" or "The Magnificent Seven" another time even though I have seen each about forty or fifty times.

You have to find new stuff.

It is just very difficult now.

That's why are watching a lot of British and Scandinavian shit. Even though they have their own problems with political correctness.

I don't have cable and too uninterested and cheap to pay for streaming. I watch almost zero network TV. Woke has gone worldwide. BBC sticks in inappropriate POC and gay characters all the time now. I've seen German and French shows do that too. Beauty Pageants now feature chicks with dicks.

There are plenty of alternatives to the sort of contrived shit that networks are calling entertainment. I don't preach about not owning a TV, but The constant bitching about what on gets old. Just pull the fucking plug. It's a no brainer.

When I want to watch TV, I walk over to my brother's place. But I know better than to go over there during dinner time for two reasons: they are loading up on carbs and they are sitting down to worship Norah O'Donnell.

I've got a great library system here. Although my local library has a shit collection, I have access to every library in their network. There's over 12000 blu rays and many more dvds and cds. New, old, fiction and non-fiction. I order and they ship to my home library.

Check and see if your library has any Great Courses material. These are video lectures conducted by scholars available with dvds or audio cds. A great range, you may find lots of stuff you're interested in. Also check out the library's tools, You may have access to the historical archive of the New York Times and other papers. Mine only has the Chicago Tribune, but that goes back to the 1800s.

I have a giant television five feet from where I am sitting. I watch it a lot. In my tiny hovel if the tv is on you can't miss it.

I have Prime and Netflix, I am not proud, but there you have it. No broadcast anything, no cable bundling, just two streaming services. I watch old tv shows, old movies, and that's about it.

Over the last year and a half I have watched Bosch in its entirety twice, all of House, again, some Sherlock Holmes series, and lots of archeology and history shows. Some of those are interesting - since I am not going to make it to Machu Picchu or Easter island might as well watch them in HD from the comfort of my home. I try to avoid building shows or cooking shows - the latter because I don't eat food, the former because I end up frustrated at the ineptitude that the hosts show about any and all things building related.

Over the last three days I watched "Elmer Gantry" - boy, what a country we used to have, eh?

I have Prime. I watched all of House, too. I used to have Netflix but they were unable to resolve a problem with someone repeatedly jacking my account so I dumped them and feel like I'm not really missing much. I will need to watch the final season(s) of Ozark, though. There is a lot of old stuff and weird stuff on Prime and it's fun to dig down past all the current attractions and find it. I got all caught up in narrowboat shows for a couple of weeks, for example. England has this canal system that isn't used except by people who live on these boats and travel around. It's their version of camper life, I guess. Also a lot of old documentaries.

The last Bosch season comes out this month.

When we visited my aunt and grandmother in Ridgewood, I recall 7 stations in NY.

Except for a Canuckistanian soap opera about horses The Blonde watches, we don't watch much made after 1970.

Bosch retires and the tv show is Bosch-free for season seven. I read that there will be a spinoff but for now, nothing. Nevertheless, when it gets here I will watch it.