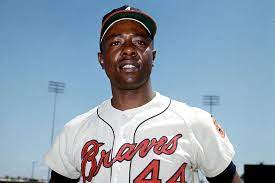 Major League Baseball went all woke and canceled the All Star game set for Atlanta on the advice of  Clueless Joe Biden and that load Tank Abrams. All because of the voting reform act passed in Georgia that they claim is worse than Jim Crow. Baseball is going down the road of the NBA and the NFL in catering to the most liberal Democratic factions of their audience. They want to be woke and get praised by the media. So they spit in the eye of the fans. Especially all the black owned businesses that would have made approximately $100 million from the All Star game. Now they moved it to Denver which is as white as can be. Jim Crow my ass.
The politicians are running for cover. The dumb twat press secretary was trying to sell that Clueless Joe didn't tell them to move the game when we have tape of him doing it!
I love the Yankees. But like the rest of my former loves I have to give it up. I can't support anybody who acts this way. Be it a sport. Or a cola company. Or a religion.
I am down to horse racing and sumo wrestling.
It's sick out there and getting sicker.
Posted by Trooper York at 11:54 PM

Labels: baseball, Get woke go broke, It's sick out there and getting sicker

Good news is critical mass is coming. Can't tell how, when, where, or what, but believe it's going to happen.

The kicker is the world knows the election was stolen and we have a real President. We just need to get him back in the Rainbow House.

Call me crazy, but, if I were the God Emperor of the Cherry Blossom Throne, I would say everything is going nicely.

Wokeness may have crossed the Rubicon. United Airlines just committed to 50% women and blacks as pilots. Only the suicidal wokes can abide that.

Like the kids who passed arithmetic because, while the answer was wrong, they felt good about how they arrived at it.

In the end, woke rhymes with lemming (note case).

A little Lawfare waged against FICUS (Fraud In Chief of the US, and also a potted plant) and Tank would be greta fun to watch:

Tortious interference, also known as intentional interference with contractual relations, in the common law of torts, occurs when one person intentionally damages someone else's contractual or business relationships with a third party, causing economic harm

ndspinelli, I don't think UA will actually fly unqualified token pilots, but the offer sure looks good on the Social Credit Rating.

Some, If you are correct, and I hope you are, they still leave themselves open to skeptics.

A little Lawfare waged against FICUS (Fraud In Chief of the US, and also a potted plant)

OMG, I love it! Please tell me it's not copyrighted. I want to use it.