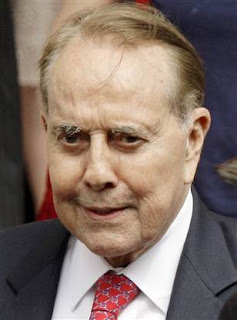 
Sunday on a special edition of Fox News Channel’s “Your World,” former Sen. Bob Dole (R-KS), the 1996 Republican presidential nominee, criticized Sen. Ted Cruz (R-TX), a candidate for the 2016 Republican nomination, on the eve of the Iowa Caucuses.


Dole ripped Cruz for being “an extreme conservative” and argued Cruz would shut down the government given the opportunity. 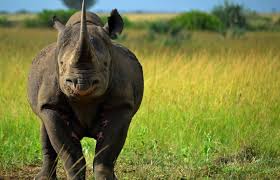 Do they have Rhinos in Canada?

Labels: bob dole tells you how to get elected President, Ted Cruz is a nice guy because after all he is a Canadian

ugh and errr and ugh

Let's hope he is not doing all the stuff that Ray Liotta is doing these days.

Well on second thought that would explain it. Nevermind.

He's in his nineties after all, chickelit. Stuff happens.

My dad went to some veteran day thing in DC recently and met Dole-my dad had no idea who Dole was.

Neil Cavuto has a sexless face and body. Does anyone fuck him?

Cruz is gross and could never win a general election, while Trump could.

"The following events occurred in <2% of patients in controlled clinical trials; a causal relationship to VIAGRA is uncertain. Reported events include those with a plausible relation to drug use; omitted are minor events and reports too imprecise to be meaningful:

At least he didn't endorse Ted, and the last thing Jeb needed was another bad day.

What is it with old guys and eyebrows? They're right there on your face. You don't see those? Nobody says anything?

Dole's thinking consists of, *But it's Jeb's turn, Mr. Cruz. You gotta be patient and wait for your turn and then you can be our candidate and lose. Them's the Elephant rules.* Cruz is a line breaker (in Dole's mind) and that, for organization man Dole, is unforgivable. After all, Dole waited...and waited...and waited...till it was his turn. If he suffered an agonizing wait Cruz has to suffer an agonizing wait. Stupid? Yes. Have you ever dealt with an organization that wasn't stupid? As to why it's Jeb's turn, again in Dole's way of thinking, well...Bush has lineage.

I thought Dole was a Trump guy.

He did however make one point that the Cruzzers can't get around, "All he’s done is shut down the government twice".

Maybe I missed it, but people elect a President to get things working, to improve the country, not to shut it down.

Or is that what people want?

Neil Cavuto has a sexless face and body. Does anyone fuck him?

The guy's had cancer and he's got MS, nitwit. I'm sure that keeps him busy.

Remember when Troop's beetle brows got manscaped for his TV show?

I would like to wholeheartedly apologize for my outburst in an earlier thread. No, no, no, not the Cruz part, that will, I believe, stand the test of time, but the part about Titus' infected penis. I have no knowledge of the status of Mr. Titus' penis, whether fected in or fected out, and no desire to gain further insight. I was absolutely wrong to make such an accusation regarding what appears to be the center of his universe. My only excuse, if you can call it that, is that sometimes I confuse Titus with Meade and I should get those two clear in my mind before making damaging assertions that cross their streams.

Of course, we all know who was in charge of make up and costumes.

Hasn't Titus been wienering photos of his penis lately? I'm not going to click "enlargement" to check on its health. You can apologize to Titus but no need to include me.

I think you are missing the point. Dole dislikes how Cruz attacks any Republican that doesn't hold his narrow view.. And Cruz does. For example, the Republicans don't have the power to override a Presidential veto. No filibuster will change that and insisting on shutting down the government rather than compromising helps no one. Its not Mitch McConnell's fault he doesn't have the votes. Its not Boehner's.
But he attacks those guys who recognize this reality. It bothers me with the pundits too. Part of effective governing is compromising. Its how our system works. And I am worried about how polarized we are becoming that the people who recognize this and try to govern get attacked.

Its telling that people like Paul Ryan had to be cajoled to be Speaker of the House and Boehner looked like a man freeded. Frankly telling.

If Cruz is going to attack member's of his own party. Who don't follow his 100% ideological purity. How the heck is he going to be President.

Dole even said I have a Conservative voting record. That's not enough for Ted Cruz.

Dole has got a point. He is a not a RINO but a real Republican. Big Government, Big Spender
Big Warmonger and a Bushbot to boot. He spent almost his entire adult life in Washington D.C. ensuring the locals are the richest citizens in the country. His base is Wall Street, the Chamber of Commerce , old money coupon clippers and Washington D.C.

When they run on their real Republican record they get their butts handed to them.
Rinos Eisenhower and Reagan get landslides.

"Maybe I missed it, but people elect a President to get things working, to improve the country, not to shut it down."

Wait, I thought the whole thing was corrupt, broken, dishonest, and in need of "blowing up". Now, even stopping it for a few days to bring its dysfunction to light and to show that the world will not end is some kind of craziness. So now we do want the shit sandwich, but just made by our own personal chef.

You know what changed your opinion about that? Two things: 1) It became clear that Trump was actually not the agent of change, but a dealmaker who would get along swimmingly with the establishment that actually is the long entrenched and real problem. 2)You had to accept that Trump was not really the conservative in the race as Cruz is, and that Cruz was his primary challenger.

So in order to stay in the Trump wagon, again his supporters abandon the very principles they were all about just a short time ago. Change, conservatism, honesty, disdain for hypocrisy, disgust with talk over action, all had to be abandoned to make Trump still the guy. Every weakness, every mistake, every dissapointment is immediately twisted, reimagined, and compromised away just to make sure we don't have to admit anything negative about the newest naked emperor. It's very much like what the establishment Republicans have been doing all along, isn't it?

If you want the government to continue as it has with a little gold leaf added here and there, but without facing the long overdue challenge of deeply redesigning its priorities, then Trump is probably your man, and you somehow became different people than the ones I've been hearing so upset about the shit government we get at top dollar prices. If you feel that Trump winning is going to last as a satisfying accomplishment, I think you are simply deluding yourself, but that is the new American political pastime, and for reasons I don't understand we believe that it's somehow O.K. as long as it's our mistake this time.

"I have no knowledge of the status of Mr. Titus' penis..."

So like me, you tend to skip over his regular briefings.

Or, congestive heart failure, among yet other possibilities.

but people usually get craggier and saggier with advanced age.

Well, now, that depends, doesn't it?

Bob needs a nap and a little more sun exposure.

It appears to me, that Bob had some stuff inserted into his face from below the eyes to half way between his mouth and nose. Look! No old person wrinkles!

Dole looks like Robert the Bruce's leprous power-preserving dad in "Braveheart." Trump fans may now celebrate the obvious conclusion, clear to them all along of course, that Trump = the rightful king of Scotland.