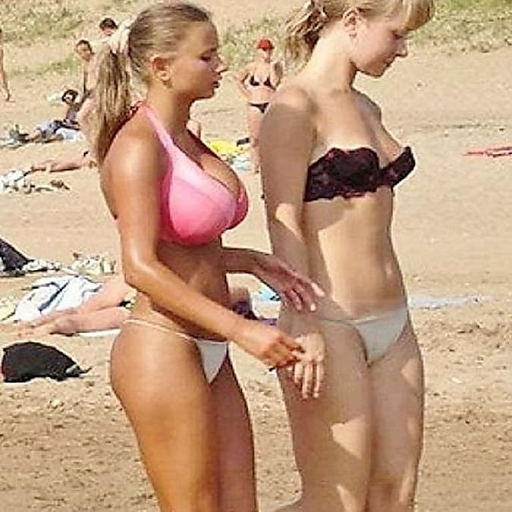 noun
a statement that represents something as better or worse than it really is.

When you make something showier, or more noticeable than normal, that's also called exaggeration.

While I can't say either of those two, or their differently sized sets of breasts, would be less noticeable in different garb, I will say one of the sets appears less normal than the other. And likely less functional in regard to ease of use by mother and infant as milk-producing mammary glands.

I look at the facial bone structure and see unfairness - the woman on the right in the picture has a nice, well balanced profile. The woman on the left is doing the correct thing by drawing attention away from her face. But that's just my opinion as a sculptor.

They are both babies. The unfair part is being stuck trying to deal with the madness of sex when you’re still a baby.

I do believe you have a point there.

Don't put money on that.

I married the big one and she's aging quite nicely.

PS Nice to see you back.

Do I have the balls to post dickpictions of differently sized male protuberances under the heading of unfairness?

So, more Larry McMurtry pictures? Oh, that was his belt. Never mind.

Close but no cigar!

As mentioned that picture of LM was verging on portraiture, with the belt as one of the unmentioned features of note.

Still puzzling over that post and what a dick he was with his book herding, while also being a man of prodigious talent when it came to shepherding his own creative thoughts and ideas. And bringing them into being with words. Words that went on to inspire the creative ideas of others. That's no small thing!

That was his business and he was willing to do what it took to succeed. He had drive and, shall we say, flexible principles.

This just in: Many artists are batshit crazy.