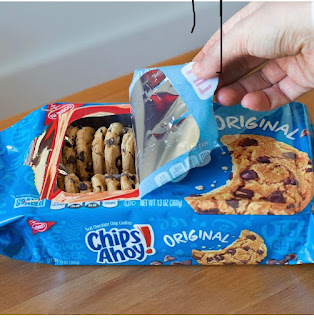 Many of you have posted moving comments about the passing of our friend Chip Ahoy. He was a one of a kind character and will be really missed by all of us..
When Lem first set up this blog Chip was a frequent commenter. When many of the original contributors went crawling back to pay homage to Mordor it resulted in  Chip became a contributor here. A vital one. So much so that Lem put him in charge when he had to step away the first time. Chip was a prolific poster. Sometimes posting up to three and four posts a day while still posting like crazy at his own blog. He never failed to be interesting by sharing his interests which I think are more accessible then mine. He would post about food, Egypt, his youth in Japan and of course his beloved pop up books. He never failed to be interesting.
Of course he could have a prickly personality at times as all of us here do. His posts began to mention his health issues and the effect it had on his everyday life which we can all relate to as we get older.  In the end as he got sicker he decided to leave. I can understand that as posting all the time can be a lot of pressure. It's not fun when you are not feeling well.
My favorite interaction with him was in a post back in the day when we were making fun of Joe Biden's pretend Catholicism. I posted some ridiculous comments like "Joe Biden is so Catholic that he thinks Padre Pio is when Tony Glynn takes a leak in the outfield." For some reason that struck his fancy and he posted about thirty or forty puns or jokes about obscure Catholic arcane that Joe Biden would screw up. One after another like a machine gun. It was a tour da force I tells ya and very funny.
I enjoyed Chip's post and valued his contribution. I considered him a great  internet friend if you know what I mean. I am sorry that I didn't get to tell him that. I did email him a few times since he left to ask how he was doing but he never responded. Which is fine. He had enough to deal with. I hope he realized how we all felt about him.
So long Chip. I bet you are showing St Peter how to make an avocado toast that you can turn into a pop up book. You will be missed.
Posted by Trooper York at 2:00 PM

You make it sound like Chip blogged himself to death.

Chip here and active with you in command would have been a show worth the price of the ticket.

Let's be honest, Chip was fed up w/ horseshit and left.

"Stunned" I am by the news. Chip was a unique, quirky force of nature. I'll miss him. RIP Chip.

Well done, Trooper. The "more accessible" interests part made me laugh. You think? When I read the post to MrM, he also started to laugh, as I knew he would, beginning with the return to pay homage to Mordor through to the avocado toast ending. At that point he was shaking his head in appreciation for the humor and perspective shared, telling me as he often has over the years of hearing pre-selected bits and pieces read, "He really is good, when he wants to be!"

And I say yes to that. And thank you for your thoughtful contribution of rememberence, honoring the character, uniqueness and reality of the online efforts and blog contributions made over the years (since 2007) by ChipAhoy.

Notice how I carefully didn't mention the heart conveyed, in the hope of avoiding a barrage of outsized cover posts! And yes, he'll be missed.

Bullshit can serve a variety of purposes.

For ChipAhoy to have been able to summon the focus and life energy needed to post as he did on his last day of life was an incredible feat, very much in keeping with who he was and how he presented himself, his interests, and his life's challenges (online here and elsewhere) for as long as he was able to do so.

In his second to last post, written mid-March, he mentioned the amount of strength needed to make the soup he loved, saying it took three days, with this as his conclusion:

Well said, Troop. Chip was a very unique individual who left the world in decidedly better shape than he found it. One more thing to add to Chip's awesomeness, he was a good photographer, I think. His food pictures really put you right there, you can almost smell whatever it is he is showing you. And... I don't mean to stir up any shit, truly, but my memory is of Chip being asked to leave. I don't remember details at all and I'm not going to search. Just for the record.

What horrible news. Goodby, Chip. You were a good man.