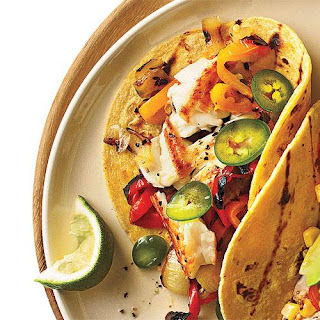 They called each other “darling,” “dear one” and “heart.” They told each other “je t’aime” and “j’adore,” and wrote more than 3,000 letters to one another.

No not Hillary and Huma.

“All day I’ve thought of you . . . Oh! I want to put my arms around you, I ache to hold you close,” the normally reserved Eleanor Roosevelt wrote in March of 1933 to her beloved. No, not her husband, President Franklin Delano Roosevelt, but a brilliant, bourbon-drinking, cigarette-smoking Associated Press reporter named Lorena Hickok, or Hick.
Their romance is at the center of Susan Quinn’s engrossing double biography, “Eleanor and Hick: The Love Affair That Shaped a First Lady.”
While Quinn is not the first to tell the tale of Eleanor and Hick, she brings new depth to their epic, three-decade-long love story. 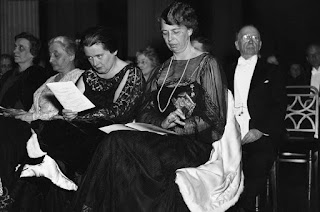 “Above all, Hick was a writer,” Quinn concludes. “But she couldn’t seem to sell her work. Part of the problem was her loyalty to the Roosevelts: All her pieces about them lacked critical distance.”
Hick sacrificed that distance for closeness to Eleanor, whose affections later shifted toward her handsome, much younger doctor, David Gurewitsch. “I love you as . . . I have never loved anyone else,” Eleanor wrote him in 1956.
After Eleanor’s death in 1962, Hick lived for 5 ¹/₂ more years, worn down by blindness, arthritis and loneliness. She finally died of complications from diabetes at the age of 75.
With great ceremony, Eleanor was buried alongside Franklin at the Roosevelts’ Hyde Park estate in upstate New York; in addition to the ambassador to the United Nations and two former presidents, Truman and Eisenhower, President John Kennedy attended her funeral, where she was remembered as “the First Lady of the World.”
In her anonymity, Hick was cremated. Her ashes sat on a shelf of a funeral home for 20 years before being interred in an unmarked grave at a cemetery in Rhinebeck.j’adore,” and wrote more than 3,000 letters to one another.

Quinn’s book begins in 1932, shortly before Hick began covering Eleanor Roosevelt during FDR’s presidential campaign. “THE DAME HAS ENORMOUS DIGNITY, SHE’S A PERSON,” she wired her boss, after observing Eleanor’s unease with the spotlight at that year’s Democratic convention.
Hick spent the following weeks as “Eleanor’s appendage,” Quinn writes, traveling on the campaign trail and earning her trust. (Eleanor told Hick that she “never wanted to be a president’s wife, and I don’t want it now.”)
y the time FDR was inaugurated in 1933, the two women had fallen in love. The evening before FDR delivered his famous line about having nothing to fear but “fear itself,” Eleanor read it to her girlfriend. Hick had a singular scoop — the president’s first speech — but out of loyalty to the first lady, she let it go.
As for the president, he accepted his wife’s friendship with Hick (he had his own extramarital affairs). Hick even got her own room at the White House to be closer to Eleanor.
Not one to show physical affection, even to her children, Eleanor showered it upon Hick, describing the tender kisses she wanted to give her when they were apart.
Hick responded with equal passion: “I’ve been trying to bring back your face,” she once wrote, recalling “the feeling of that soft spot just north-east of the corner of your mouth against my lips.”
With Hick by her side, Eleanor learned how to navigate the press. Her popular newspaper column “My Day” grew out of the diary that she had been sending Hick in letter form and ran from 1935 to 1962.
Paradoxically, Hick’s relationship with the Roosevelts forced her to abandon her career as a news reporter. But because of Eleanor, she got a job working as a field investigator for Harry Hopkins, the head of New Deal relief programs. Her vivid and poignant dispatches from the poorest parts of the country influenced the government’s efforts and President Roosevelt himself.

The Rosalind Russell one-of-the-guys reporterette character, Hildy, in His Girl Friday (1940) gave off a strong lesbian vibe. Was the screenwriter referencing Hick?

In those upper reaches of society that horse-face Eleanor was born into it was and is almost de riguer for females to "explore" the full spectrum of their sexuality. NTTAWWT!

Sounds more like the usual feminist "Once you go muff, you never go buff" bit.

File that one under "huma(n) interest story"

The Rosalind Russell one-of-the-guys reporterette character, Hildy, in His Girl Friday (1940) gave off a strong lesbian vibe. Was the screenwriter referencing Hick?

in the original play, "The Front Page", Hildy is Hildebrand Johnson, a man. If they stuck pretty much to the play, Ms Russell could have come off pretty butch.

The Walter Matthau/Jack Lemmon/billy wilder version is pretty much glued to the original play and is a scream in places. Casting Carol Burnett (she was trying to be an actress at the time) as the hooker was the only flaw.

Doris Kearns Goodwin sketches a mostly admiring portrait of Eleanor Roosevelt in No Ordinary Time. It's quite a readable book, but the reader might form a different impression of Eleanor.. Eleanor felt neglected and betrayed by FDR, but they shared similar political goals and she had a working relationship, if not a relationship that worked, with him. Besides the reporter, she had something going on with two of the founders of the League of Women Voters. They used to have pillow fights. The mind reels. Who can even imagine Eleanor involved in a lesbo pillow fight with women of similar backgrounds and years, but it happened.. She also had some kind of intense, hard to characterize relationship with Joseph Lasch. He was sent to the South Pacific by FDR to remove a cause for scandal. Her visit to the South Pacific during the war not not because of her love for the troops but because of her need to visit him.......She claimed the love was maternal, but she had five children, so who knows. Her five children had 18 marriages between them so all was not domestic bliss in the Roosevelt household.......My parents were New Deal Democrats and loved FDR. They never said much about Eleanor, one way or another, that I can recall. Well, they're all gone now. I think maybe someday, like Jefferson, Jackson, and Wilson, the reputations of FDR and Eleanor will be revised downward, but they're safe for now.

Hillary is Eleanor redux. In all respects. It is uncanny.

No, Eleanor in a lot of ways was the real deal.

Frank paid lip service to blacks' needs, but was hand-in-glove with the Jim Crow crowd. Eleanor was a real champion of civil rights, going even so far as to back civil rights groups' requests that black combat units be maintained and sent into combat.

She had her flaws, but she walked the walk.

Ed is right, Eleanor walked the walked. Did not agree with her on everything, but on civil rights she was a leader (unlike her husband who like most democrats despised Jews and Blacks).

I assumed her Lesbianism was more out of loneliness than orientation. I've always suspected most Lesbians are made, not born.

Just to add some details.

Yeah it was really strange. Joe Lasch was 30 y/o former commie who claimed to have left the Party and just a good old Liberal. His wife Trude was also a leftist and great pal of Eleanor's. We know now due to Verona that Trude was working for Soviet Intelligence and passing on information to the KGB. So was Lasch really a "former commie"? The jury is still out.

Eleanor went to the South pacific (including Australia) at the instigation of FDR. But on her own, she decided to go visit Guadalcanal because she wanted to see her great friend Joe. It was probably the most dangerous part of the whole trip and she did it so she could spend half a day with her good friend.

Even the uglies need love.