AP: From the first moments of New York City Mayor Bill de Blasio's administration, when he initially declared his midnight swearing-in off limits to the media, he has established a record of frequently conducting public business in private, with dozens of events closed to the press.


In nearly five months in office, de Blasio barred the media from 53 events and limited access to 30 more, an Associated Press analysis of de Blasio's schedule shows. On a handful of days, his entire schedule was off limits. All told, more than 20 percent of his listed events were closed to the media. (read more)

New York Times where are you? 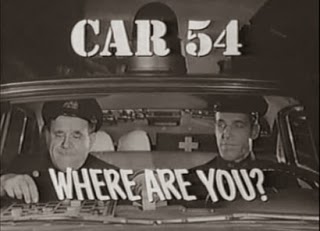 DeDude - you do not need to ban them. The biased lazy reporters are on your side and down for the struggle.

The biased lazy reporters are on your side ...

Yeah, yeah...but they need to know their place! So they get the information good and hard.

True. Even willing participants need a swift reminder from time to time.

ot: On the radio yesterday I heard propaganda. On the radio news, in between the talk show, they played a long snip of Hillary Clinton reading from her own book. WTF?

No matter how hard she tries - her voice is a grating migraine. Sorry Hill- still unlikeable.

If nobody is holding the big boys in DC accountable, de Blasio probably figures why should I?

Reading her own book. I feel ill. This is the best we can do?

I'm sure the reign of Dinkins-in-whiteface will usher in a new utopia for the big apple.

Did Rand Paul or Marco Rubio get equal time on the "news"? Nope. Just a nice free Hillary spot on the "news".

Maya Angelu is dead. I just hear on the radio.

On MSN's front "news" page, the headline reads: "Who are the most powerful women of 2104?" w/ an image of Hillary. How is she so powerful? Oh yeah -the news media make her powerful.

I do not give a single shit about Maya Angelou.

Does that make me a racist or a sexist?

The media should have to purchase tickets and the money could be used to fund school breakfasts . . . for the children.

If you were a complete fuck up like DeBlasio, wouldn't you ban the media too?

What's everyone complaining about? By the end of DeBlasio's tenure not a single neighborhood, not a single one will be denied the vibrancy. It'll be like paradise 'n sheet, nomesayn?

PMJ, you should have asked if it makes you racy or sexy. The other two terms have become so meaningless that there's no reason not to turn the question on it's head.

de Blasio learns the media is a two-headed sword.

de Blasio has gone from one disaster to the next. It is so bad that he can not rely on the lap dog main stream media to cover it up. So he has to stonewall it like the Stalinist that he is at heart.

Ari is right. He is a stone communist and has to hide his hand as he works to turn NYC into Detroit.

The first controversy of his regime was when he called a police captain to get the immediate release of a black pastor who was one of his supporters. And he tried to cover it up.

Then he delayed the snow removal on the Upper East Side and those rich fucks were not happy so they turned the hounds off on him.

Then he banned the horse ground carriages but the newspapers found out it was really a payoff to one of his main contributors who wanted the real estate where the stables were located on the West Side.

So even the lap dog main stream media couldn't turn a blind eye to some of his corrupt practices.

Thus he has to fly under the radar in his attempt to drive normal middle class New Yorkers out of the city.

Just how thin is this middle of the road voter in NY?

The middle class middle of the road voter lives on the fringes of NYC. Staten Island. Parts of Queens. Isolated pockets of Bay Ridge, Midwood, Borough Park and Dyker Heights.

Most of the city is given over to the very poor or the very rich. And government workers. The people who approach a normal middle class life style are city workers who get a pension after twenty years.

De Blasio wants to drive out Wall Street because of his political leanings. He has no skin in the game. So he wants to soak the rich to pay for his pet projects. Even when the state offered to fund pre-k he refused because he wants to raise taxes just for the sake of raising taxes.

De Blasio is legalizing ferrets in NYC. The turnaround on ferrets, from a Giuliani dictate, is seen as bolstering the image of a mammal-friendly mayor who has pledged to turn New York into a kinder place for its four-legged residents, notably the horses that work in Central Park.

Apparently he has the ferret-lovers vote in the bag for the next election.

Everybody knows he loves animals.