[Referring to Obama posting a photo of himself with Maya Angelou] 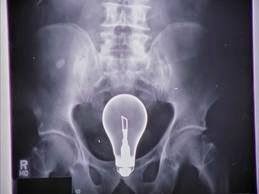 Goodness gracious. I did not know the woman evoked such distemper. Actually, I know nearly nothing about her. She was simply not within my ken. I did not watch Oprah Winfrey. I did not pay attention.

Although I did hear her poem "On the Pulse of Morning" was read on Bill Clinton's inauguration and I felt good about that, but where I understood a Jumbotron or some sort of similar display was set up for the large outdoor audience. Apparently, so I heard, the text was not provided the person typing her poem and that sounded too strange. It seemed odd to me.  Surely they would have the text beforehand, no?  It is not like an extemporaneous interpretation of a speech, as with sign language where the translator has only a clue what to expect and must think on their feet, straddling two languages with different syntaxes is what makes the task so difficult. A few hours of that and you go home with a headache. And yet apparently it was the case then and so right off, the first words are misheard and so then mistyped,

Picked up and typed into the overhead display in error,

The comment threads everywhere I go lately are becoming something to behold, something I've not seen before. I am telling you, lately I read through comments and wonder where I am at. I look up, is it Breitbart? Am I at the Daily Caller, or what? It is becoming intense, and getting worse each passing week. I see people not holding back, politically, people are surfeited and showing they are flat fed up and they're not taking it quietly or politely. This and more ill will here at Weasel Zippers.  Where you will see links to even more indecorous obituary, like this post by Debbie Schlussel.

I did not know any of this about Maya Angelou. For all I knew she was a sweet tender lady. I am genuinely shocked.
Posted by Chip Ahoy at 2:24 AM

Yeah, she was a pain in the ass.

I've been tired of the chip on that shoulder routine of blacks for a long time.

When are they gonna chuck it and act like regular folks?

She seemed like a nice old lady. Her poetry was pretty mediocre but lots of people liked it.

Had I been forced to read her in HS, I may have had a more negative opinion.

She claimed she wasn't a racist. Obama claims he is not weak. Well alrighty then, glad we cleared that up.

In other news, Clinton did not have sexual relations with that woman, Nixon was not a crook and you can keep your plan, period.

She had a remarkable personal history, overcoming much adversity. I never got the feeling she was racist; I thought she was reaching for the humanity in all of us.

I remember the reaction to her poem for Willie.

She also had a greeting card career. I was never tempted to buy one.

I once took an orientation class to be a volunteer for people with HIV/AIDS. It was just a few hours in the evening where they talked about how AIDS people are immunosuppressed, so they stressed safe food handling, etc. That's where I learned about the miracle of instant-read bimetal thermometers. (I like the one I have because the sheath has doneness temperatures for different meats.)

For some reason Maya Angelou's accompanist/pianist gave a little talk. It must have been related to AIDS, but I cannot remember how. Here is what I remember:

-She said that she raised her daughters that if they left anything of theirs in the common areas of the home she would donate it. To the extent that when one was an older teen and accidentally left an expensive coat in the living room, off it went in spite of profuse begging.

-She used to be a Catholic until a white priest (this was the
Fifties or Sixties, I guess) told her she should find a black congregation.

-I told her it was sometimes awkward for me to talk to black people because I'm afraid they think I'm a racist, or think they will pick up on my awkwardness over the matter. She said to just open direct dialog on the subject. I used to consider doing that sort of thing. Getting a group of black and white women together and just hashing things out.

I can't give an opinion on Angelou, as I've never read her much, and can't recall what I have read.

an extreme example of what I mean lol

-She used to be a Catholic until a white priest (this was the
Fifties or Sixties, I guess) told her she should find a black congregation.

Sorry, but I don't buy this.

I've played for all black congregations at Baptist churches. It can be awkward.

There are all kinds of priests. Still, I doubt this was said.

Deb, I had five of those instaread thermometers stuck into a cardboard box I was using for a proof box, being all scientific about proofing sourdough and each one gave a different temperature. I got so mad I took the two most extreme, highest and lowest and threw them agains the wall.

I have anger issues. Mostly relating to devices that don't work.

Now I use this one ever since. Problem is, the thing is 75 bucks. Maybe 100. But I do use it almost everyday. But not for food safety, just to see if something is done inside, mostly bread, and to test hot oil, convenience really, all those things can be done other ways, but this tells me exactly.

I use it so long I even replaced the battery.

(the post is titled "how to use a food thermometer" Well, DUH!

You wave it around in the air and show it to the food, everybody knows that.)

My first impression of Maya Angelou, was that this was someone who wouldn't like me.

Charter inductee in the Overrated Hall of Fame.

To listen to the praise by the politically correct you would think Robert Lowell or Robert Frost passed.

Charter inductee in the Overrated Hall of Fame.

To listen to the praise by the politically correct you would think Robert Lowell or Robert Frost passed.

I believe her, ST. I'm not saying it was widespread, but I'm sure it's happened from time to time.

Chip, interesting about the battery. The way my mind works I would worry about it yielding less accurate results as the battery runs down :) I'm serious.

Besides, ST, she was a straight shooter. I trust her story.

Well you don't know what led up to the priest saying that either. Maybe she was telling him about stuff that bothered her that she thought ought to be different? Who knows?

I think that it's better to say less than more when someone famous dies who has ideas or opinions that are bad... we weren't talking about her the day before she died, why bring up the things she was wrong about today? The old rule about if you can't say something nice, say nothing at all, would seem to be a good rule.

Now, if you're asked to go along with something like, oh, praising and celebrating the life of Ted Kennedy... that's a bit different. Isn't it? No one should have to pretend that someone else was a good person... but I think it's okay, you know, to try to concentrate on finding *something* good to say when someone has died.

Maybe there were parishioners who were overtly racist, which the priest felt he couldn't solve, and thought she'd be happier elsewhere?

There's bunches of possibilities that don't include "white priest didn't want her there".

I mean she is not Isabel Sanford or Esther Rolle or somebody wonderful like that.

Synova, the three points I related were not about Angelou, but personal experiences of her accompanist, whose name I don't recall.

I believe she told it accurately, but who knows for sure?

Thank you for clarifying who you were talking about, Deborah.

I've never read her, but some of her quotes are pretty good. I get the impression that she tried to live a decent life and for the most part succeeded.....Her spoken voice was kind of portentous, like she was articulating deep, profound truths. It was not a voice that made you eager to delve into her writings. I don't think humans are privy to that many deep profound truths, and I'm skeptical of those who think they've found the mother lode......As noted, I'm not familiar with her work, but I get the sense that she's less of a load than Toni Morrison. Louis Lamour was probably the most successful black writer of all time.

Louis L'Amour was black?! Musta been a one dropper.

I Know Why The Caged Bird Laughs

The personal is political? Really? All the evidence to the contrary notwithstanding?
Well, okay, if you insist.

A local anchorman newsboy(SWPL) was on the radio yesterday declaring that he found out she pronounced her last name Ange-LOW, and that he would start doing the same. The radio host played a clip of Maya's best friend and patron,Oprah,introducing her as Maya Ange-Loo. The host suggesting that since Oprah made her rich and famous,she should have adopted the pronunciation.

BTW, The most successful black author
,hands down, was Alexandre Dumas

William -- about that "spoken voice" of hers that you say "was kind of portentous, like she was articulating deep, profound truths. It was not a voice that made you eager to delve into her writings."

Yeah, off-putting in a big way. John McWhorter has an article in the New Republic talking about this. He notes that she had a "contrived arrogance" or "lordly superciliousness" about her, in the way other African American artists and writers have had. He's not a fan of it, but says it "was once a useful and even natural form of defense against bigotry". I never really thought of it like that before, but it makes sense.

That was a good article. She was a liar and a communist. Figures.