Defense Department issued a new rule that could require recruits in boot camp to use their one-time allowance for shoes to be purchased through New Balance.

The rule is worded otherwise but the effect will be all recruits buy from the one single American company that supplies them. The new rule is pushed by Democrat representative from Maine, Mike Michaud. 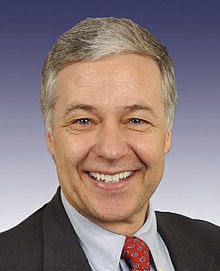 No. I would not buy a car from this guy.

New Balance is the only company in compliance with Berry Amendment (1941) or will be compliant if their prototype passes. New Balance is located in Mike Michaud's district. Boo.

The Berry Amendment is intended to direct government purchases to American companies wherever possible.

Army, Navy, Air Force, but not Marines. Marines have a separate allowance that does not specify shoes. So all recruits in bootcamp for three services.

What a coupe. What a haul. What blatant favoritism. Mike Michaud and his like really do not appreciate market forces or individual preferences, both essential to our economic system, and the malignancy toward both is so obvious I honestly do not see why he is not shouted down by the rest of the House all at once, traduced on the spot, and why would military brass acquiesce. They don't care. Apparently.

Let's get in the shoe business and offer competition. I know people who wear New Balance and would never buy anything else. They really are good shoes I am told. But so what. Being recruits the young guys probably won't mind, they might even think, "wow, our leaders really do find for us the best stuff available and direct us wisely" but they have more faith in political leadership than I do.

This is wrong. So unAmerican to distort market forces like this, to use enlistees like this to drive business to friends. There ought to be a law! Wait, there is. And he wrote it. Boo. Boo on insidious corruption. Boo, giving all those recruits money as part of their pay to be spent at only one place, as if direct payment to New Balance. For all those shoes.

It'll be an extension of uniform. I'm not clear if this is for off duty, if so, there will be two ways to spot those guys out on leave, by their  hair and by the same style shoes.

Quit complaining. New Balance are great shoes. But look whose having a sale. 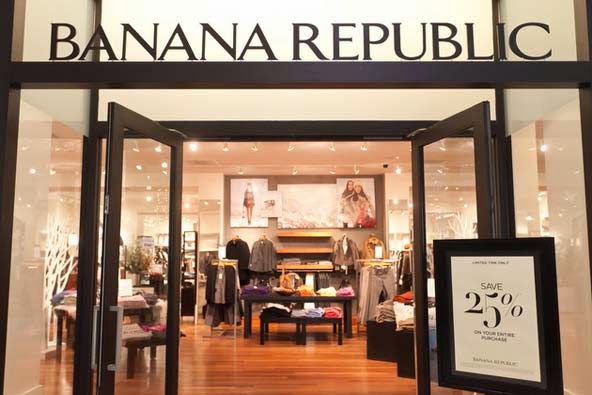 I had a haircut today and told the skinny tattooed lady whose own hair was half black and half white and put up like 1950's and dressed of the same era, "cut it like a military officer's" and she did, buzz buzz buzz zip done. And clean up any loose scraggly bits too. And boy am I ever clean cut now. My ears stick out like little monkey ears, almost like O's but not so radar-like and not as cute.

Dude, what are you doing up?

I got a haircut recently. A "finders fee" joke does not work when the chick cutting hair does not speak English, just sayin'.

Spend any time around DC and you will learn that there are many people whose job it is to make sure that contracts are rewarded to their company or the company owned by their clients. It has always been thus, and shall always be, amen.

By any means necessary and so on...

I wear New Balance. They are a great shoe.

Okay. I am a troglodyte. Back in the day one did their physical training, running, etc. in the same boots you wore with fatigues. That's what you'd fight in, so that was what you trained in. There were allowances for some clothes items, however, you damn well had to buy approved outfits....there is a reason it is called a "uniform." Because they are "uniform". Hello?

I can save the new military a ton of money...go back to training in what you'd wear to fight in...and that ain't gym shorts, tee shirts with logos, and sporty tennis shoes.

Oh, and skip all this "special" camo stuff...like the Navy wears aboard ship (who they gonna hide from on board ship?) and stick to one design in two shades (light or dark)...such as the Marine Corps camo....for all the services.

Camo is nice...but I recall some little bastards in black pj's who hid out pretty well, and some enemy regulars who wore plain fatigues and did so as well.

The military, save the Marines, spend way WAY too much money on cloths designs and styles.

The Berry Amendment is intended to direct government purchases to American companies wherever possible.

How quaint. The Berry Amendment [1941] dates from a time before we became so obsessed with global equilibration of everything. Note that the "invisible hand" is still allowed to work within the metes and bounds of the nation, but it explicitly avoids nations who give us the invisible finger.

Why do I think this is the flip side of Gibson Guitar?

I started my first comment along the lines of Ari. It's not 'pay,' it's an allowance, but then I wasn't sure about the technicalities. If a soldier is receiving an off-base housing allowance, I assume there might be certain city sections that certain bases would not allow the soldier to live in.

Also, the article says that more than one brand of American shoe will be tested. New Balance will be hard to beat.

Finally, we seem to be going out of our way to get in the face of a country we're in massive debt to. Along with this, Obama is completely dissing China by not visiting Beijing during his tour of Asia. Sometimes I think this sort of thing is all choreographed to the respective countries' benefits. Kabuki.

I can save the new military a ton of money...go back to training in what you'd wear to fight in...and that ain't gym shorts, tee shirts with logos, and sporty tennis shoes.

I would have thought that a "buy American made" rule for the military would be pretty popular around here.

Hey, the nickel dropped. I finally got the Banana Republic reference:

A Banana Republic for a banana republic.

In one of the all time great American films, On The Waterfront, the Marlon Brando character, after having testified against the corrupt union thugs, goes up on the roof of his tenement building to feed his pigeons. They've just been killed by one of his buddies, who's still imprisoned in the don't snitch on your jailers culture. And as his buddy runs away he cries out:

"A pigeon for a pigeon!"

The appeal of "Buy American" frequently depends on a misunderstanding of economics; which is pretty common, unfortunately.

As a matter of economics, it makes far more sense to buy the shoes at the best price.

After all, when someone says, only "buy American," then you have to ask, what counts as "American"? As Chip pointed out, the stores are American, even if the shoes were made elsewhere.

And what often happens with manufactured items is that components are American-sourced, even if the assembly isn't; or the assembly is American, but the corporation isn't counted as American. For example, "foreign" automakers with plants in the U.S.

The upshot is that whatever logic justified the "buy American" breaks down, because now you have just as many Americans, if not more, on the losing side as on the gaining side.

Of course, there is always the point that the best price might mean buying shoes made with child or slave labor. And with military purchases, there are some things you can't afford not to make yourself -- like aircraft carriers. I doubt shoes fall in that category, but they might be pretty special shoes.

I don't necessarily disagree, but I think that in this case the Berry amendment requires that the product be completely American sourced - components and assembly. That is why no qualifying shoes have been available before despite New Balance's US assembly location.

I see a little lightweight protectionism as a good thing if done well - here, shoes purchased on a military base with a government voucher. It keeps the foreign competition and the foreign governments on their toes.

BTW, I'm favor of the "cheap foreign lawyers" act. Why should we pay American lawyers absurdly large sums of money, when cheaper lawyers can do the job, for much less.

I say anyone with a law degree, from whatever country in the world, should be able to come here and practice. And be given citizenship.

The Free market at work.

We went shopping a few days or so into basic training with our "allowance" and we started out with our TI's explaining to us what we had to buy with our own money.

"Now, I'm not allowed to tell you what kind of pen to buy, but if I were a pen, I would have black ink."

"If I were a toothbrush holder I'd be flat so I didn't roll in your drawer."

We were thus entertained by imagining our TI as all sorts of personal hygiene items.

"I can't tell you what to buy with your own money, but if I were tennis shoes, and I realize that every single one of you arrived here four days ago with sturdy running shoes, but if *I* were a pair of military tennies, I'd be New Balance."

"Oh, and skip all this "special" camo stuff...like the Navy wears aboard ship (who they gonna hide from on board ship?)"

The blue pattern is so they can hide better when they go overboard.

I remember seeing a picture of a Seal Team (Six?) a couple years ago and they each were specialized as to what task they had in an operation. One of the things which stuck out was that the military did not tell them what shoes they had to wear because they knew that the best shoe for the job was the one the individual felt was best for them --- so they wore different footwear.

A family member is an Air Force PJ and had to buy another pair of boot as he went into indoc after basic. He bought boots that were comfortable (check their training out on Netflix - "Surviving the Cut" ... holy moly).

It's one thing to be in the military and have to look all the same ("uniform") -- but when you have the kind of specialized units we have now, and these guys and gals have to pay for their own boots, who the heck does this guy think he is?

Please note -- the TSA gets their "uniforms" paid for by the government.

But the military, after the initial clothing allowance has an annual "replacement" allowance of a few hundred dollars. Shoes alone would take care of half of it.

Silly posturing that is a Repub did would lead to ridicule.

Maybe the congressman needs to ask himself WHY there is decreasing manufacturing in the States in recent decades.

The blue pattern is so they can hide better when they go overboard.

Ain't that the truth. Family member in Army has laughed out loud at the blue digicams for exactly that reason.

Of course the "new" Army digicam when tested showed the Army one made the guys MORE visible. (I think the Marines had the best pattern ... why the branches have to be different is a question I don't know if anyone bothered to consider.)

I asked our helo pilot what they thought and response was... they can hear us coming long before they see us, but they don't know what we're wearing up here anyway.