Along with the new zone, the Chinese ministry released a set of aircraft identification rules that it says must be followed by all aircraft entering the area, under penalty of intervention by China’s military.

Aircraft are now expected to provide their flight path, clearly mark their nationality and maintain two-way radio communication in order to “respond in a timely and accurate manner to identification inquiries” from Chinese authorities.

In Tokyo, Junichi Ihara, head of the Foreign Ministry’s Asian and Oceanian Affairs Bureau was quoted as telling Han that Japan can “never accept the zone set up by China,” as it includes the Senkakus. He further said the new zone will “escalate” already fraught bilateral ties over the uninhabited but potentially resource-rich islet chain, branding China’s move “very dangerous,” the statement said.

PTM123 • 10 hours ago
This is the natural result of a political vacuum created by the decline of American influence in the world. The chance of war increases in Asia and the Middle East. We all know who is responsible.

Gen Eral • 17 hours ago
Why in the hell does China think they own these Japanese Islands, Taiwan etc? If they want to go back in history - then Mongolia should be in control of China. Those greedy Chinese are never satisfied. Ever heard of a Chinese philanthropist? There is no such thing.

Guest • 20 hours ago
President Obama's primary objective is to destroy Republicans at home, not to resist aggression overseas. The Chinese have taken the measure of the man.

Carl • 20 hours ago
Where did this article get linked in, to attract all these militaristic nuts?

Brian9999 • 20 hours ago
The US has been rendered impotent. Sorry Japan, our stanch ally; China now owns us and we must march to their command.

Silly commenters. The first minute of research tells you what is going on, even the flakiest untrustworthy of sources provides significant clues.

The Japanese central government formally annexed the islands on 14 January 1895, naming them Senkaku, or “Pinnacled Pavilions.” Around 1900, Japanese entrepreneur Koga Tatsushirō constructed a bonito fish processing plant on the islands, employing over 200 workers.

That is used to make katsuobushi, for dashi, Japanese seafood broth. Dried skipjack tuna, shaved to flakes veritably dissolve in hot water along with kombu seaweed, together as a hot steeped tea. It is the best seafood broth available. Honestly. I tried different fish broths for bouillabaisse by way of experimentation and kombu bonito dashi wins hands down. Wins. Totally wins all over the place.When it comes to seafood, Japan kicks butt on everyone else. It tastes like the ocean, except a lot better than that.

But all of that is irrelevant to current affairs.

The islands came under US government occupation in 1945 after the surrender of Japan ended World War II. In 1969, the United Nations Economic Commission for Asia and the Far East (ECAFE) identified potential oil and gas reserves in the vicinity of the Senkaku Islands.In 1971, the Okinawa Reversion Treaty passed the U.S. Senate, returning the islands to Japanese control in 1972. Also in 1972, the Taiwanese and Chinese governments officially began to declare ownership of the islands.

That and the islands are awfully close to China.

But, boy, do they ever get a lot of Japanese visitors. It's like the swimming pig island in the Bahamas people go there for the oddity of it.

This whole time I was visualizing Northern islands not Southern islands even though the story says East China Sea. 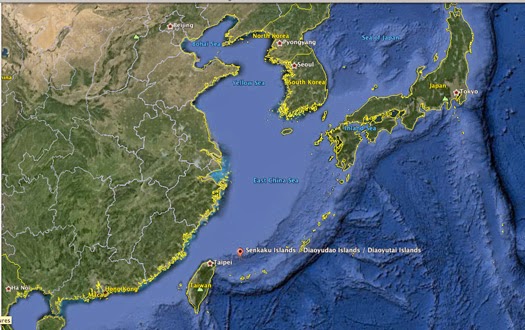 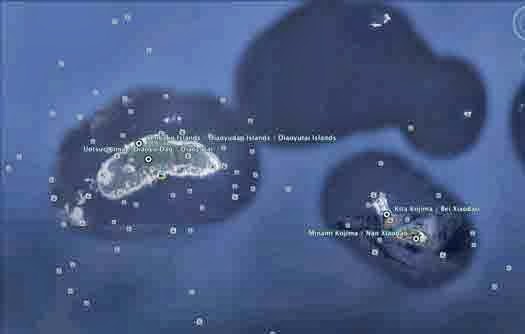 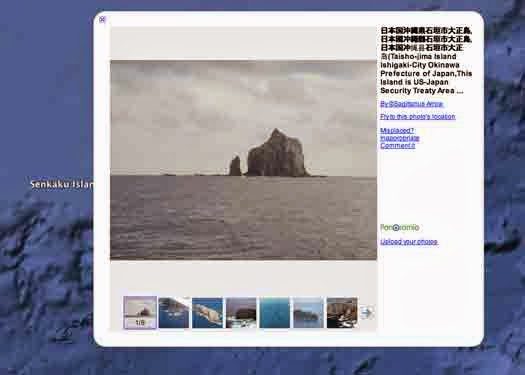 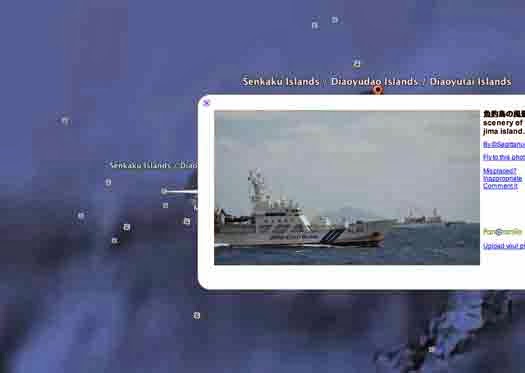 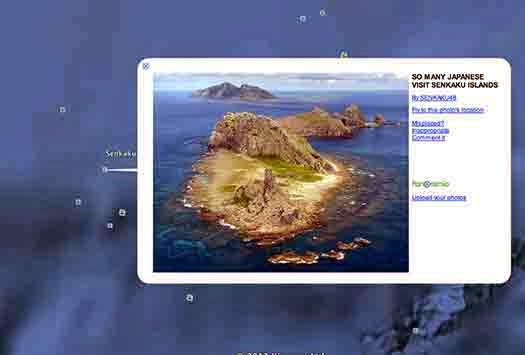 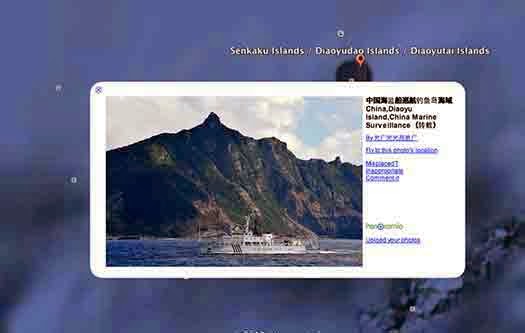 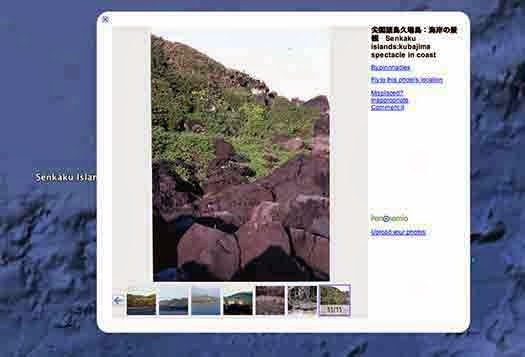 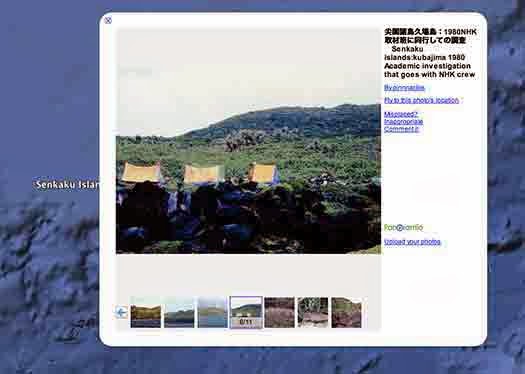 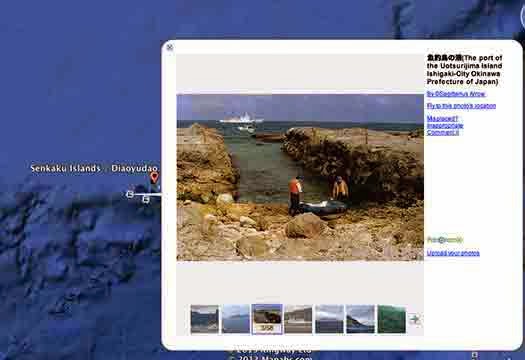 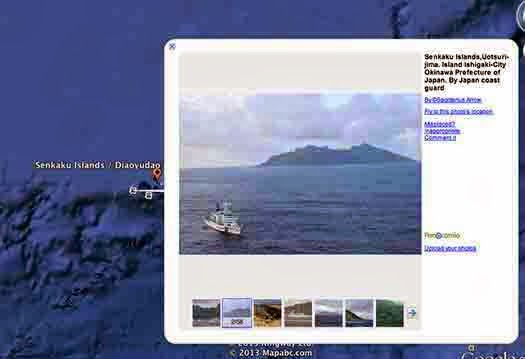 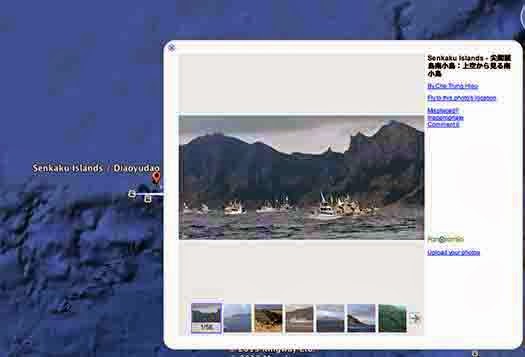 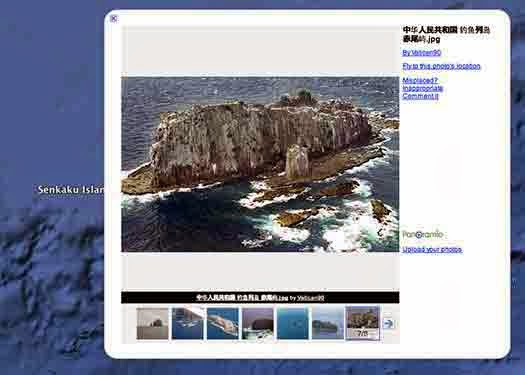 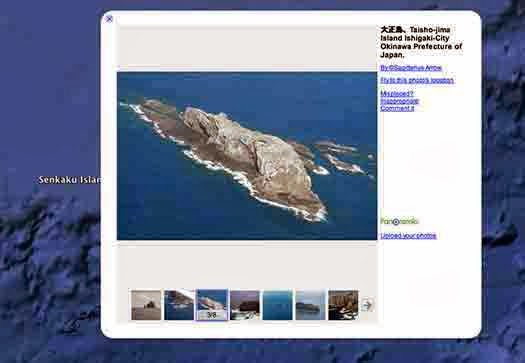 When Japanese tourists visit an island, you get a lot of pictures.

This is another island claiming move by the mainland Chinese. Next might be Catalina, then Long Island. Some ancient mariners stopped to poop there or something.

It is part of their historical and paranoid (for good reason all considered) insistence upon suzerainty at a minimum along their borders. They get it voluntarily, or by maneuver like this stunt, or take it by force, if necessary. Anyone who "recognizes" the new air boundaries abets the aggression.

For those who think China will do anything but step on North Korea's toes now and then, you're dreaming...the Norks are the required "suzerainty buffer" on their northern border. The Norks think every island in the Yellow Sea is theirs and China thinks that's just dandy.

I realize it is just too subtle for this administration or ours to call it out and debunk it. They bluff so much they don't recognize a bluff when they see it.

I'd sail the Seventh Fleet right up the middle of it, with no comm Air Ops. Bring it.

But then I guess I'd be a lousy CinC.

And it's not nice to fool with Mother Nature.

I hope someone will stop this intolerable Chinese aggression. First its worthless rocks miles from shore and before you know they're taking over UC College System.

It microagression now. But just wait.

However, worthless has nothing to do with it from the Chinese perspective...it is all about suzerainty, freely given, extorted, or taken by force.

Nothing anywhere is a more "worhtless" entity than North Korea ... but there you go.

From MacArthur's farewell address to Congress (I bolded a part of it for emphasis):

Of more direct and immediate bearing upon our national security are the changes wrought in the strategic potential of the Pacific Ocean in the course of the past war. Prior thereto the western strategic frontier of the United States lay on the littoral line of the Americas, with an exposed island salient extending out through Hawaii, Midway, and Guam to the Philippines. That salient proved not an outpost of strength but an avenue of weakness along which the enemy could and did attack.

The Pacific was a potential area of advance for any predatory force intent upon striking at the bordering land areas. All this was changed by our Pacific victory. Our strategic frontier then shifted to embrace the entire Pacific Ocean, which became a vast moat to protect us as long as we held it. Indeed, it acts as a protective shield for all of the Americas and all free lands of the Pacific Ocean area. We control it to the shores of Asia by a chain of islands extending in an arc from the Aleutians to the Mariannas held by us and our free allies. From this island chain we can dominate with sea and air power every Asiatic port from Vladivostok to Singapore -- with sea and air power every port, as I said, from Vladivostok to Singapore -- and prevent any hostile movement into the Pacific.

*Any predatory attack from Asia must be an amphibious effort.* No amphibious force can be successful without control of the sea lanes and the air over those lanes in its avenue of advance. With naval and air supremacy and modest ground elements to defend bases, any major attack from continental Asia toward us or our friends in the Pacific would be doomed to failure.

Under such conditions, the Pacific no longer represents menacing avenues of approach for a prospective invader. It assumes, instead, the friendly aspect of a peaceful lake. Our line of defense is a natural one and can be maintained with a minimum of military effort and expense. It envisions no attack against anyone, nor does it provide the bastions essential for offensive operations, but properly maintained, would be an invincible defense against aggression. The holding of this littoral defense line in the western Pacific is entirely dependent upon holding all segments thereof; for any major breach of that line by an unfriendly power would render vulnerable to determined attack every other major segment.

This is a military estimate as to which I have yet to find a military leader who will take exception. For that reason, I have strongly recommended in the past, as a matter of military urgency, that under no circumstances must Formosa fall under Communist control. Such an eventuality would at once threaten the freedom of the Philippines and the loss of Japan and might well force our western frontier back to the coast of California, Oregon and Washington.

Now would this set of rocks constitute a major breech? Probably not, in and of themselves. But if they allow for flanking maneuvers on Taiwan, perhaps. And if all that lovely oil and gas is sitting under them, that could make these lousy rocks actually worth something.