"The process of legalization of Islam has not been approved by the Ministry of Justice and Human Rights, their mosques would be closed until further notice."

Angola President José Eduardo dos Santos has weighed in on the controversy, as he was quoted in Nigeria's Osun Defender newspaper on Sunday as saying, "This is the final end of Islamic influence in our country," according to the OnIslam.net report.

Bento Francisco maintains "that radical Muslims were not welcome in Angola and that the government was not ready to legalize the presence of mosques in the country,"

Comments at all of these online things are useless; ibtimes, French-language Moroccan La Nouvelle Tribune, onislam indiatoday, reddit, jihadwatch, guardianlv, joeforamerica, shoebat, jewsnews, bigbluewaves, nothing at all unique, or perceptive or not perfectly prosaic and expected. All the reports use the same photos.

Angola is on the Western side at the bottom of the green belt that goes across Africa. 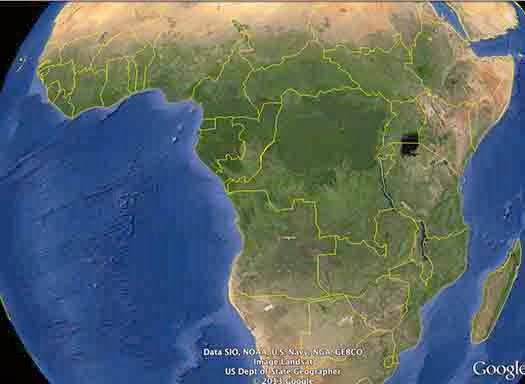 The photos are depressing. All over the country it appears the place airplanes fall dead from the sky, and there is nothing pick them apart, were locomotives simply cease moving on their tracks and rust, where industry keeps being stillborn over and over, where rusted out army tanks are common as garden gnomes sinking into the ground. There are photos of small churches but none I saw of mosques. More more photos of army tanks melting to dirt than hotels. More attempts at industry than actual industry. Apparent farms and orchards with leaned over blown apart trees that used to be active. All small dilapidated buildings, everything photographed appears to be deteriorating.

Let's hope this starts a trend.

Have you been to Africa Chip? Its not the depressing. Yeah, I didn't go the really bad parts, but I saw of East Africa. Yeah, East Africa doesn't equal Angola, but its similar in many ways.

Anyway, yeah people don't have KFC or air conditioning or cars, but neither did anyone in USA until 1910. Most people are pretty happy and makes them unhappy isn't the lack of consumer the same things that make most of us unhappy, bad love life, lack of religion, etc.

I mean I Love the intertubes, but has it really made us more happy?

Also, Angola was once mentioned in a Rolling Stones song.