On Spinning Heads, Bottom Lines, Diving Into the Wreck & The Twitter Files Explained. 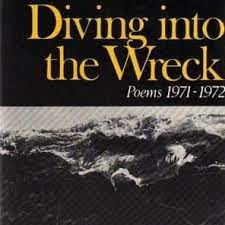 A link on Insty to Victory Girls, and then over to Gizmodo, brought this excerpt to my attention:

After all this time and hand-wringing—after dozens of New York Post stories, after hundreds of hours of Fox News airtime, after thousands of tweets—I’m still not clear what the actual stakes are in the Hunter Biden scandal. In short: The profligate son of then-senator Joe Biden left his laptop with a repairman of dubious ethics? And the FBI seized it? But the repairman had made a copy, which he gave to a lawyer for Rudy Giuliani, Trump’s right-hand lawyer? And Steve Bannon gave it to the Post? And on that laptop were videos of Hunter Biden naked, smoking crack, cavorting with prostitutes, as well as emails about introducing his father to a Ukrainian businessman who worked for a oil company Hunter served on the board of for $50,000 a month? And then Joe Biden urged officials in Ukraine to axe a prosecutor investigating that company? And they did? The throughline of the story seems to be alleged corrupt business dealings on the part of the Biden family, yes?

That throughline is of no matter, anyway; the discussion has moved far beyond it now. The censorship of the story, not the story itself, is the story now. In the poem “Diving Into the Wreck,” Adrienne Rich wrote of “the thing I came for/the wreck and not the story of the wreck/the thing itself and not the myth.” The wreck of Hunter Biden’s laptop is over and done with, no matter how far into the depths we may go. It is the story of the wreck that matters now.

My head is spinning. BuzzFeed’s Katherine Miller wrote of Brett Kavanaugh’s contentious confirmation hearing, “I know who I believe, and you probably do, too. But to believe one is to disbelieve the other, which leaves us implicated in the decision; there’s no getting out of this situation.” I find myself in the same conundrum. Hunter Biden’s laptop is the political scandal of the decade; Hunter Biden’s laptop is an expedient political fabrication. You believe in one or the other. I know which I believe.

That belief may change. The drama of The Twitter Files is not over. Taibbi ended his thread with “There is much more to come.” My head is spinning."

From the story/article "The Twitter Files, Explained" by  Blake Montgomery

The poem he refers to is a long one that begins and ends with these as the first and last verses:

First having read the book of myths
and loaded the camera,and checked the edge of the knife-blade,I put onthe body-armor of black rubberthe absurd flippersthe grave and awkward mask.I am having to do thisnot like Cousteau with hisassiduous teamaboard the sun-flooded schooner
but here alone...
...We are, I am, you are
by cowardice or courage
the one who find our way
back to this scene
carrying a knife, a camera
a book of myths
in which
our names do not appear.

The issue is evidence admissible in court.

I can see that now--sitting there waiting under the rest of the hoohah and clatter used to distract and deflect.

I especially appreciated the line, whether by cowardice or courage, we as individuals and as a nationfind ourselves back at the scene, with a knife, a camera and story that has yet to be completely pieced togetherbut becomes more clear with each passing day and release of more info via the voice of the bluebird.

Also intriguing to me was the variety of commenter responses today on the Althouse blog in answer to the question: "How does the Twitter situation look in your head? Please express yourself metaphorically, citing a work of art — e.g. "The Raft of Medusa".

In looking up and considering the numerous art works mentioned there in response, I felt like I was on a museum tour, taking in a collection in which a variety of interpretations on a subject that interested me were on display. It was on of those times when the garnering of the "more" humans carry within and are capable of offering to others without controlling them took place.

Similar to the sense of connection I felt on reading the post on Gizmodo and finding the poem within it that captured and expressed some of what I was experiencing.