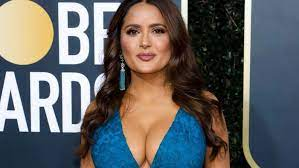 The sight of engorged breasts is toothsome to whom?

A over-sized fake boobs sexy to men? I think they are yucky.

I know someone with one reconstructed breast. To conquer the breast cancer, she had to have one of her small breasts removed. This was many decades back, and back then she opted for a small implant. So she had a matched pair again. I totally get that.
After several decades, the little single implant erupted and started to leak. Doc said they ALL erupt and deteriorate at some point. She's in her mid to upper 60's now and she had no choice but to either have the leaky implant removed, and be lop-sided or - have more reconstructive surgery and replace the failed implant with a new one. She opted for a new implant. The doc installed it way too high on her chest - so she had to have THAT corrected.

What a pain. I cannot imagine wanting to shove silicone implants in my body for no other reason that to supposedly impress others.

Youse guys don't get it.
.
Those are a titñata.

If you hit it with your dick you get candy!

If that's Salma Hayek then they are fake. Before and after photos prove it. Same story with with Christina Hendricks.

Are you here all night, Sixty?

Yes, and mercifully I will be asleep for most of it.

OTOH, her tush, one of the few worthwhile moments of The Wild Wild West movie, appears to be real.

Her tits are real. They are not holograms after all. They are just not organically grown free range tits.