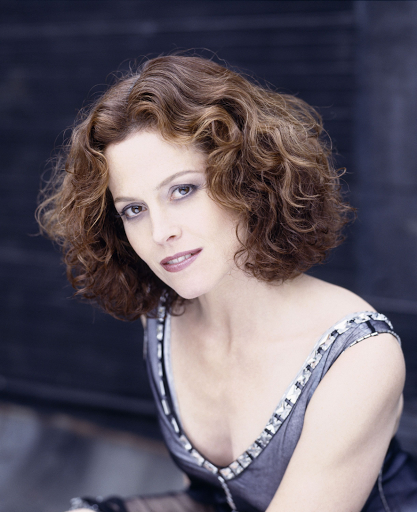 She was famous for something that came out of her stomach and it wasn't a kid for once. Believe it or Not.  Not afraid of anything even ghosts she was a kick ass women warrior who actually was big enough to kick ass.

You have seen her in dozens of films and I was shocked to see her in a cameo in a French Television series called "Call My Agent." She should have fired her agent because she should have been a much bigger star than she is.

Labels: whose that girl

I could never see past her mandibular prognathism.

Amartel, Kudos on a direct answer.

She was great in Alien but I also admired her for playing a bitch without reservation in Working Girl. Most actresses would wuss out of that assignment or water it down.

The direct answer, should anyone be coming to Levity and reading TY's Whose posts looking for one, can usually be arrived at with a quick Google-search-this-image prompt, if finding it is the goal.

With the body of these posts composed primarily of clues and hints, what's the threshold at which annoyance at indirectness kicks in? Do two or three or four more hints given in addition to those provided kick it over the top and out of kudos land?

Now I'm left wondering how the determination of "real" when it comes to actors is directly deduced?

I thought my "Believe it or not" was the best and most obscure hint I have done in a while.

That’s obese not obtuse to you buddy!

The Confounding Case of the Gumshoe with One Clue Too Many, by Nancy DrawYourOwnConclusion.