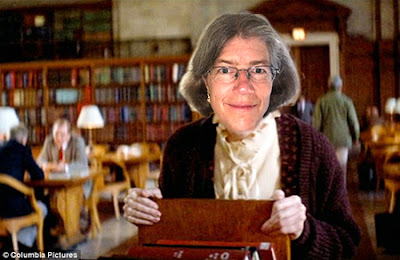 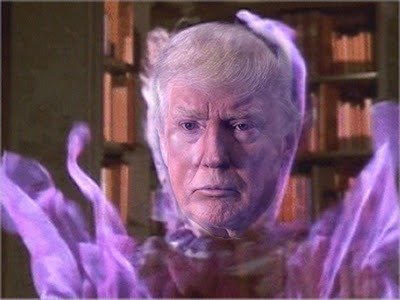 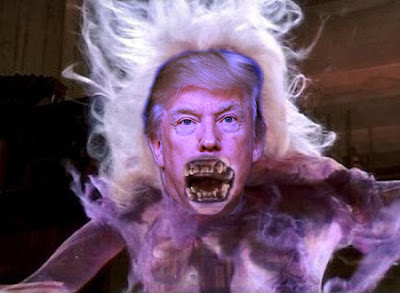 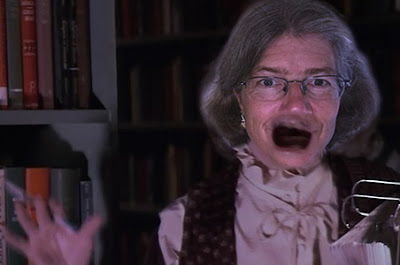 Is her chin really that big?

Look at her left hand, she's about ready to give everyone the finger.

Once again, what shines through is intensity, with a"things are not as they seem" vibe.

She is definitely unusual looking for a woman, using frilliness as an identifiable statement of femininity while leaving her heavy brows to speak for themselves.

Her application for a ham radio licence in May 2016, seems unusual as well.

She did indeed get her amateur license - Technician Class.
Had to pass a pretty technical multiple choice exam.

Tech class generally communicates VHF over shorter distances, compared to HF, in which signals bounce off the ionosphere around the world. Ideal for talking to co-conspirators off the grid.

Marxist women are just hideously ugly with their salt and pepper wiry hair.

You cannot swing a dead cat in Boulder without hitting a woman who looks like that.

In a divert to today's Piegate exchanges, there's more off center weirdness with April Ryans use of the term "burn in the kitchen", intended to convey what? A good thing? Puhleeze.

From April Ryan's tweets about Piegate:
This has been such an interesting week. Today is #piegate pt 2. I am going to see @PressSec pies. Can’t wait! Oh what joy and bliss! I will send you guys pics & video. As I said to @PressSec she may be able to burn in the kitchen but I won’t be eating. Burn is a good thing! — AprilDRyan (@AprilDRyan) December 14, 2017:

In whose culture is that phrase considered a compliment? Urban Dict doesn't recognize it as such, with their closest match showing burn as slang for disrespect. Plus, in typical 4 year old fashion, she found it necessary to add two declarations that she won't be eating it.

At least Sarah came off as graceful.

MamaM, ever watch the 70's show? Whenever one of the kids got in a sharp retort Kelso would go, "Sick b-u-r-n."

Sarah Sanders burned April Ryan by baking a pie. She presented the pie in the kitchen. April Ryan said she'd believe it when she saw it. Boom. She saw it. Burn.

April also said not to bake one because knowing Sarah's attitude toward the press pool she'd be too concerned about being poisoned.

But it's not a burn.

See? a photograph of a homemade pie will look like an amateur photo of an amateur pie. It will look doubly amateurish and all of that is beautiful. But Sarah Sanders looked like a stock photo. It just does.

But all of that aside, you know what's worse? Prepared pie crusts all around, that's what. Sarah Sander's pie and the pie in Sarah Sander's stock photo.

Home cooks don't even consider making homemade pie crusts anymore. It's all machine robot pie crusts because they just don't care and they're actually not that into making pies. And the commercial shells are better than their homemade ones anyway. Anybody can whip up some kind of pie filling and pour it into a prepared crust. That's not even trying.

She made hundreds of fruit torts for her daughter's wedding. Literally hundreds! Olena brought home four. Olena thought they were fantastic, and she's a health food nut. She came way out of character eating soggy days old pies in the van.

I'm not a health food nut and I ate one. Don't tell my sister but she should know better than to let the crust to filling ratio get so far out of whack. Too much crust, not enough filling. The tiny pies had thick bottom and thick top crusts with a mere tablespoon of filling. And no coffee. No milk. Just iced tea. And beer.

A burn in the kitchen would be, "nice crust" when everybody present knows its the same crust as millions of other pies, that the baker didn't bother.

For you see, Toni turned me into a pie crust elitist. And now I"m an obnoxious pie crust snob. They're not worth eating if they're not homemade. And then they have to be good. And they cannot be too thick or too thin. I look at Sarah Sander's pie with its commercial crust and feel only dismay with its mathematic computerized precision and its lack of real butter or lard. It's absence of effort. F for effort.

What April Ryan means by burn in the kitchen is to give Sarah Sanders no credit at all for any cooking ability whatsoever. Were she to cook anything, it'd be burned. But that doesn't matter because April Ryan projects her own poison fantasy and refuses to eat it.

I wouldn't eat it due to my obnoxious pie crust snobbery, the pie crust mechanical perfection disgusts me even more than the brown sugar/butter sludge holding together a few pecans. And pecans are my favorite thing. Putting them into a sludge pie is a disgrace.

So disturbing to see Trump as a "boast guster."

Dickin'Bimbos@Home said...
You cannot swing a dead cat in Boulder without hitting a woman who looks like that.

And they probably smell like Garlic and BO too.