Via Drudge: This summer's biggest-budget films have everything moviegoers have come to expect from Hollywood blockbusters: superheroes, pirates, space aliens. But in the truest sense of the term, none of them is a Hollywood movie.

Despite a major effort by Los Angeles over the last two years to lure film production back to where it started, producers continue to make big-budget movies elsewhere, saying they get better tax breaks and subsidies outside of Hollywood.

As a result, the summer's movies come from all over the globe. Warner Bros. filmed "Wonder Woman" and "King Arthur" in Britain, where the Time Warner Inc studio owns a large production space. Twenty-First Century Fox Inc's movie studio chose Australia for "Alien: Covenant." Walt Disney Co's Marvel Studios rolled its cameras in Georgia for "Guardians of the Galaxy Vol. 2," one of six superhero movies it has filmed near Atlanta. 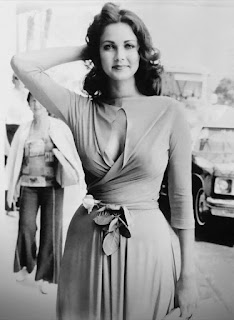 "The support we get in Georgia is tremendous," Marvel Studios President Kevin Feige said in an interview. "We're certainly doing many of our biggest films there well through this year and into next year."

Twenty-five years ago, most big-budget films were filmed primarily in Los Angeles. Since then, to lure production, locations across the United States and around the globe have begun offering tax credits or rebates of up to 40 percent of local production spending, a sizable savings on action films that cost up to $250 million to make.

Thirty-two U.S. states and dozens of foreign countries now offer tax credits or rebates, plus other benefits such as waivers of permit fees.

Along with subsidies, the small, former Soviet country of Georgia offers another perk to filmmakers.

"We have many derelict, abandoned small villages or factories. They are mostly state-owned still, and you can easily just blow (them) up," said Sophio Bendiashvili, head of the country's film rebate program, at a conference last month hosted by the Association of Film Commissioners International.

Is that Linda Carter? She's pretty.

There haven't been any movies shot in Tinseltown in forever, I'd guess.

The Socialist Workers' Paradise of CA and its taxes, plus the show biz union rules (29 states are right to work) have pretty much shut down Hollyweird except as a corporate center.

Hollywood had the chance to reward a film mostly shot in LA with Best Picture. Instead, they rewarded a highly forgettable picture for PC reasons. They do it to themselves.

@Lem: The post could use the "wasp waist" tag.