From the French: Radiation de pavillon

So I like to think I helped a man today better understand a pair of refurbished boats he is in the process of acquiring on behalf of his employer back in Europe. That man is a Frenchman, boat Capitan, who for the last ten years or so, has lived in the Dominican Republic, where he learned to speak Spanish more fluently. The Frenchman spoke little to no English.

Once the boats are finished, the Frenchman's employer is taking them to Morocco. The boats were originally from Panama. The job of refurbishing them has taken several years.

I spent the better part of the day going over the systems with the Frenchman and the electrical systems builder. I was not much help there, I must admit. It helped that the 70 year old Frenchman has spent most of life on fishing boats. So he was already well acquainted with what most of what the equipment does, except for some fancy electronics installed on one of the boats. We are going over those again on Monday.

The biggest glitch, however, was trying to explain to the boat builder what the Frenchman was talking about when he said he is going to need a "radiation de pavillon" (French). 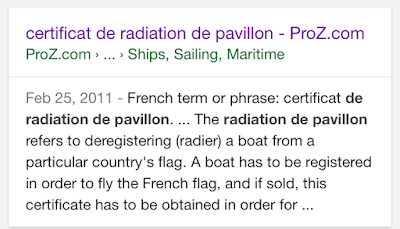 The boat builder insisted that a certified "bill of sale" written on a form provided by the US coast guard was all he has given to new boat owners he has sold boats to for years. 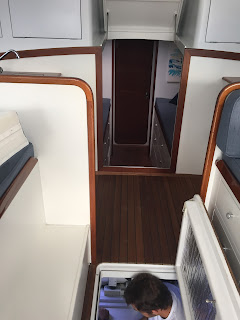 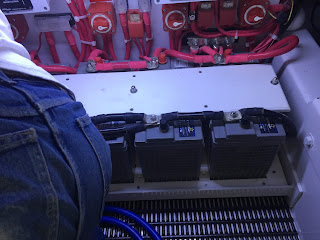 Make sure he understands the builder said "under no circumstance is he to try to plug in the boat electrical cord on any American port." To make sure it did not happened the builder did not include the electrical plug in. 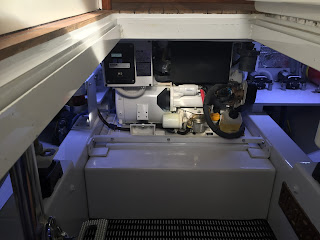 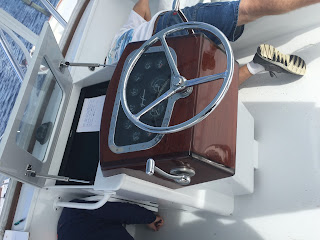 looking behind the electronic panel 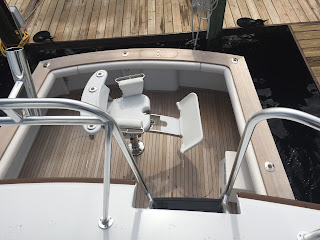 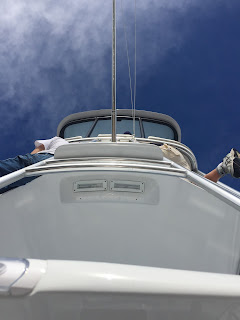 this thing goes up three levels 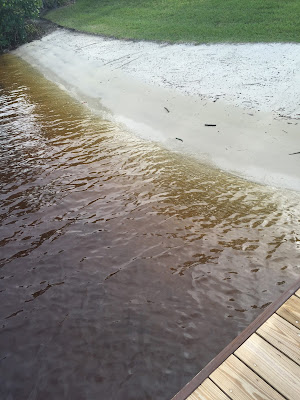 the waveless beach
Posted by Lem at 9:53 PM

If it has a telescoping boat ladder that goes into the water, I invented, and probably built it unless it's a Chinese knock-off, in which case, it's crap. If it's ours, it will say made in the U.S.A. and it's guaranteed for life, and if it's not perfect, we'll replace it for free forever.

That thing, on a larger boat would be the superstructure, on a large boat the wheelhouse, on a regular boat the pilot's deck, a small boat the captain's chair. I think. But what do I know? Is this a quiz? Because I get really nervous with quizzes. See? *shows shaking hand*