In the summer of 1845, Lieutenant James Albert, a recent West Point graduate, spent some time at Bent's Fort and kept a journal documenting flora and fauna. Several entries concern a plant with  large seed pods called Myrtinia proboscidea, or devil's claws. He wrote that when pickled, these pods resembled pickled okra and were good to eat.

In the late 1980's a retired botanist named Dexter Hess read these journals and went in search of devil's claws on the prairies south of La Junta, Colorado. Pickling the seed pods at just the right time of year wasn't an easy task. Early August is a hot time in Colorado; the plant is not much over two feet tall; and more than a few rattlesnakes inhabit the plains. But Dexter and his wife gathered enough for some experiments. Pickled, the little pods were delicious, and I commissioned him to pick and pickle devil's claws for The Fort.

They should be picked in late July or early August when the pods are young and before the antennae have formed and hardened. Use a long pin to probe the pods before pickling, to check for the tender tip. if hardened, the sharp hook (the devil's claw, no doubt) may cut your mouth. Eat carefully because it's nearly impossible to tell if the pods will be soft all the way through.

What? I cannot imagine. Plus okra does not sound that great to begin with. Search: [myrtinia proboscidea] 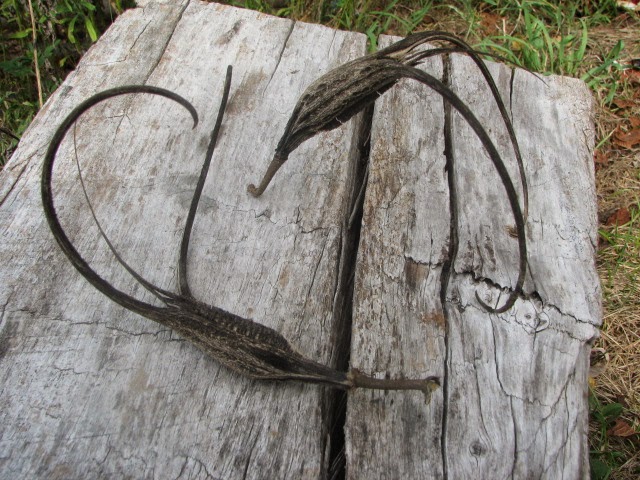 Yikes. There are pictures of animals with these mature pods caught in their coat and people with them on their shoes socks and clothes, and hooked onto plants that turn into tumbleweed. And all sorts of little objects made from them like dragons. 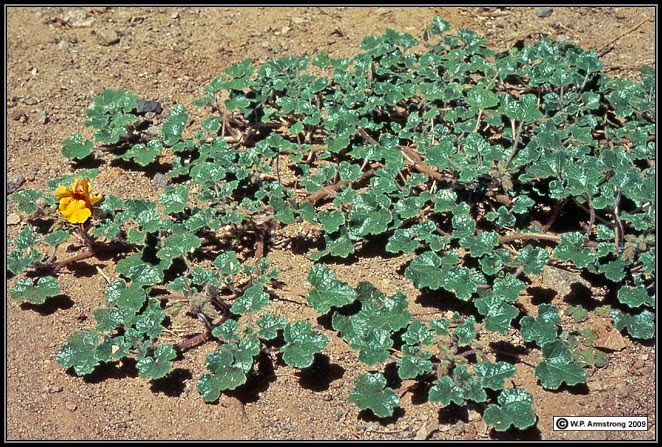 Patch from Waynes word. Other photos show different flowers. Some look like poppies or snapdragon flowers. 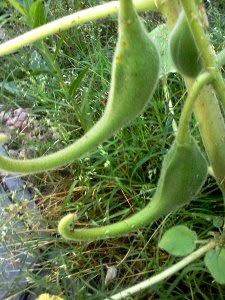 The whole pickling thing seems like a lot of trouble.


Pickled devil's claws have a slightly crunchy, sour pickle taste, and the seed pod and antennae are tasty as well as fun to eat. I keep a secret store of them to feed adventurous "foodies."  Makes a gallon:

Clean the devil's claw pods and prick each with a knife to allow pickling juices to enter
Pour boiling water into the widemouth gallon jar to sterilize it, then drain
Bring the water, vinegar, and salt to a boil. Add the chile, garlic and peppercorns, bay leaves, and mustard seed. Pack the pods into the gallon jar and then add the dill. Carefully pour the boiling liquid over the pods and seal the jar.

Sour pickle taste. You think? With all that vinegar. Sam Arnold must have forgot the sugar. There is no sweet/sour thing going on here, just sour, and that seems odd.  The whole thing is odd. 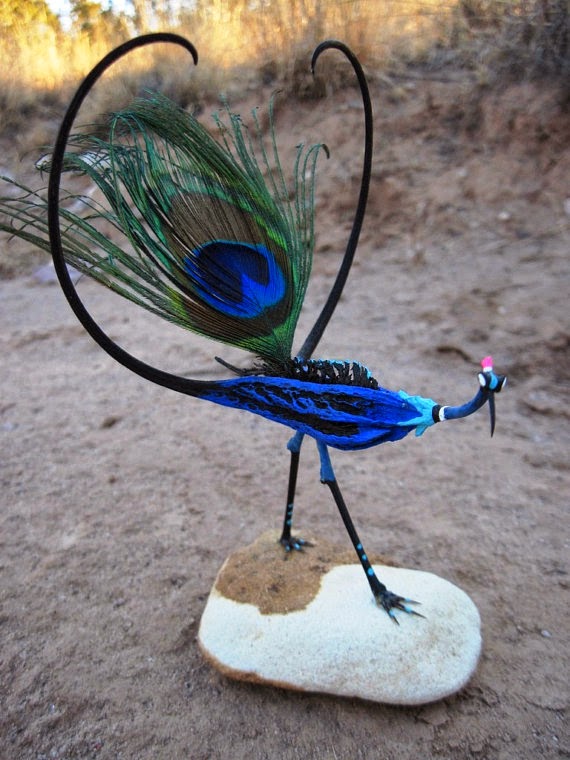 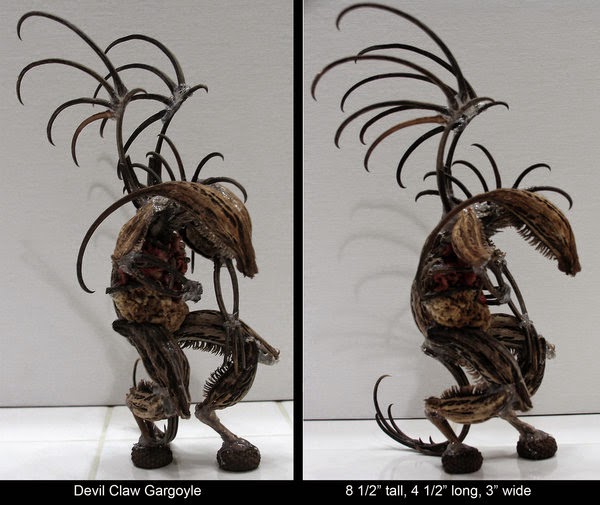 Gargoyles
Art From the Heart Deviantart gallery
Posted by Chip Ahoy at 12:40 AM

The Blonde likes okra, but she was raised on a lot of that Southern kwizeen.

I don't mean to stick my nose in your business, Chip but the name proboscidea obviously refers to the elephant trunk resemblance apparent in your third photo.

Tax probiscus to you too on this fine Sunday.