But first this: I intended to make a gif of Pelosi as Jesus washing hoofies, and I did, but it was poo because Pelosi's lips and nose do not go with Jesus' mustache and beard. That's the good part. But when her nose is made to match then you cannot tell it is Pelosi and that takes all the fun out.

While looking for pictures of Pelosi I was happy to see my own things in images. Ha! Except on someone else's site who I do not know. This one.

But I did not notice this one that goes with it.

The gifs are old. Pelosi was agitating for a bigger plane at the time due to the size of her retinue. I never did know if she got one. Kind of big, don't you think?

Longest wingspan ever. Too big for hangars. 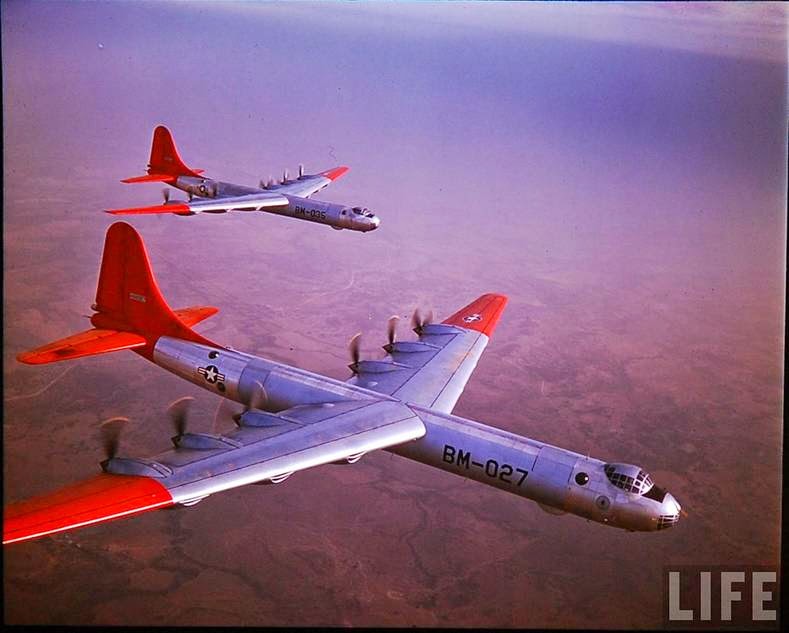 I do not think the plane she wanted is as big as this, maybe it is.

The B-36 had the last of the biggest baddest piston engines ever built, the pinnacle of large piston aircraft before turbo engines took over. These Pratt and Whitney reciprocating  engines were huge with 28 cylinders, 4 rows of 7 cylinders arranged slightly offset giving the appearance of a corncob. 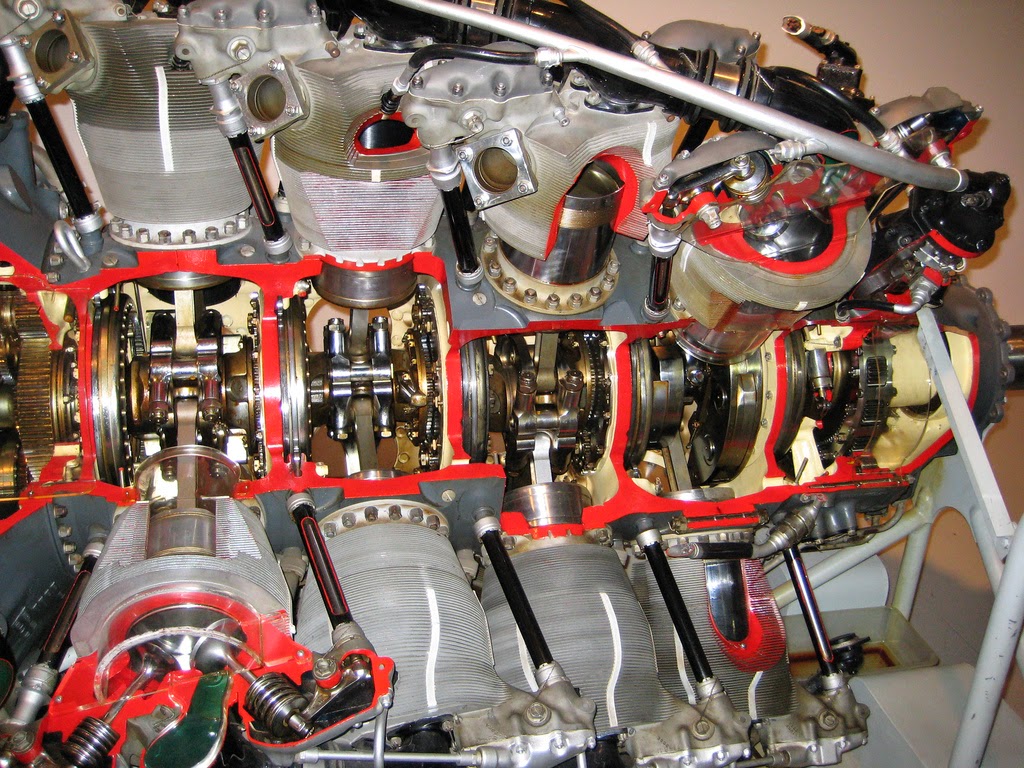 If you were to work on them a long time, and you have an imagination, then it sort of kind of  looks like a corncob. Each plane has six engines.

Here is a link to the 360° panorama of the engineer's station.
http://www.nmusafvirtualtour.com/media/062/B-36J%20Engineer.html

You get more stuff than the pilot! Bring a seat cover, the chairs are a mess.

The engines tended to catch fire. They took a lot of work. The planes were grounded for maintenance 600 hours between missions. Each engine had 56 spark plugs easily grimed by lead fuel used then, 336 total spark plugs for each plane. If the engines were not started properly all the spark plugs would need to be adjusted.

Even though long range the bombers still needed to be positioned close to the action as possible, for the Pacific arena that meant much of the maintenance was done outdoors in Alaska.

The engines were prone to fires.

The planes were in service for ten years, basically too late for action in WWII, with the introduction of Russian MIG in Korea War the piston engines were made obsolete. The planes flew reconnaissance during the Cold War but were never used as bomber, never fired any armaments.

Other than that the planes were great. They were sort of a crossover plane as the turbos came into production.
Posted by Chip Ahoy at 3:07 AM

Impressive, but probably noisy to ride in if you were in the back. A short ride in a C-123 in Vietnam was all my ears could take and it had only two engines.

Guessing that today the Air Force couldn't recruit enough young'uns with the mechanical aptitude to keep those engines running.

Chip, those are photos of the prototype B-36. Because they were underpowered later models were augmented with two j-57 jet engines in twin pods hanging under the tip of each wing. If you consult wiki they point out the fact that due to its large wing area it could cruise at altitudes beyond the reach of most interceptors and SAM missiles of the day, let alone AAA. And, due to its' wing area it was more maneuverable at altitude than those interceptors that could reach its altitude. As such it was the mainstay of America's nuclear force before the B-52 came on-line and carried a heavier bomb-load as well. It could reach its targets w.o. refueling while the all-jet B-47 had to be refueled en-route to their tgts in the SU at a time when we didn't have a jet tanker fleet. Check wiki out, a pretty informative article..

Four rows of air cooled cylinders - yeah, I can see that overheating might be a problem.

Adjusting the valves might be a bit of a chore, too.

Virgil, I did read that and it is interesting.

Their article on the engine is more complete than this too. The reciprocating engine is the part that got me. My brother has a Masda, but that Wankel engine was only 3 pistons, and man, that little car hauled.

A Wankel has no pistons. Mazda was the only manufacturer to produce Wankel engines in great number. But those days are gone.