We were fortunate that the storm was mild compared to the other areas. 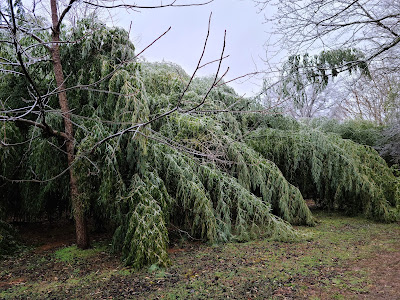 My giant Japanese bamboo leaned over due to the weight of the ice, but it mostly sprang back once the rain washed the ice away. I say mostly as I found one still leaning across my jogging track tonight. I found it the hard way. Since it was just bamboo no one suffered in the encounter, but I swear I could hear my dog laughing at me. 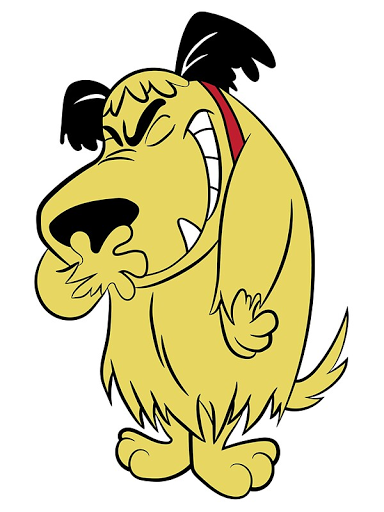 But that was it - a bit of leaning bamboo, some slapstick humor, and not even a blip of interrupted power. I had mentioned that I like to make ice in my ice maker prior to a potential power loss, so I started that process yesterday. Rather than make ice all the machine did was leak all over the floor. Oh well, that's a problem to solve another day. 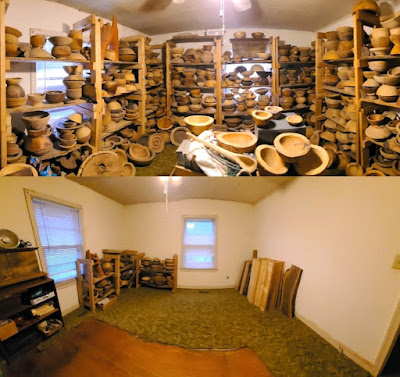 My bowl drying room is cleaning up nicely. I was attempting to plane down the rough sawn boards I had used as shelving and discovered that the feed rollers on my planer have stopped working. Once again, a machinery failure that I will deal with on another day. The bowls in the corner are the ones I kept to work on in the future. The rest were turned into Benjis. Those are easier to store and or move.
To memorialize the month of rain, snow and other precipitation we have had here.
Posted by Sixty Grit at 9:37 PM

You're lucky to see the ground. I've got 30+ inches of snow piled up, can't even see out of the basement windows. For the last two weeks there a big glop of snow on the roof ready to avalanche. I'm hoping there's no damage to the roof itself. I've had the snow blower out almost every other day since February 1st. One more snow Sunday then we hit the 40s.

Here in Nashville we awoke Sunday to black ice on the driveway due to freezing fog. Sunday afternoon sent us the ice and sleet storm leaving 2+ inches of ice and then overnight about an inch and a half of fine powder (as a former snow skier, this was always described as champagne powder) fell atop the ice.

I spent Monday priming our newly drywalled (I hung the drywall, contractor did the finishing) mudroom between the garage and basement.

Tuesday and Wednesday were spent chipping ice slabs out of my flat parking area and the 200 foot long steep downhill driveway. 60+ pounds of driveway salt helped considerably. Wednesday afternoon I was able to drive my new tow vehicle, the 2012 Yukon Denali AWD mentioned in another thread, to Publix for human supplies and to Lowe's for bird supplies.

We arrived home just as the sleet started falling. Overnight Wednesday saw 3+ inches of more champage powder. The driveway salt made the sleet/snow mix mushy at the exposed blacktop, otherwise I could have used a leaf blower to redistribute it off my cleaned driveway. So another day of shoveling.

All of this in subfreezing weather of course. Average highs and lows for this week: 53 and 35 degrees. Actual: 27 and 16 degrees.

I hope we can drag the new camper to Florida starting Sunday. We were supposed to leave tomorrow.

Wow, when I said we dodged a bullet here I had no idea just how bad it was elsewhere. I hope you are all able to stay warm, get dug out and otherwise go on with your lives.

May warm weather and following winds arrive and speed you on your way to places where the ice has the decency to remain in one's drink glass!

Thanks for the well wishes Sixty. We'll be outta here Sunday even if I have to buy a flamethrower to get out of my neighborhood towing the camper.

I misspoke above. We were slated to leave today. Since Florida frowns on people dodging the lodging tax (as well as people living off the grid in public), very few places allow a camper to spend the night for free. I have had to change 4 reservations and was lucky to be able to. All of the State and County camping is full up this time of year at least two weeks in advance and those reservations were essentially forfeited. ReserveAmerica, the State's camping vendor, charges a $25 change fee for a $38 campsite reservation.

I hope we don't try to visit with four different households in 8 days again. But on the bright side, I'll have my setup and takedown checklists fully vetted by the time I get home.

I have my last 20 lbs of driveway salt earmarked for Saturday night's freeze so I can pull onto the street ice sheet from my driveway. I have the only cleared driveway on my street and plan to keep it that way until I leave.

I like the cold and snow and wish we had a bit more of here.

Both pictures reveal prodigious accomplishment, SixtyG, in a room filled with bowls and a room emptied of them. Also the hard work, creative energy and focus needed to experience both pictured realities!! When I look at them, a huge sense of "Wow" comes up! Along with the phrase from 30,000 lbs of Banana's, delivered by Chapin in his old man's voice:

You know the man who told me about it on the bus,
As it went up the hill out of Scranton, Pennsylvania,
He shrugged his shoulders, he shook his head,
And he said (and this is exactly what he said)
"Boy that sure must've been something."

That sure must have been something on both ends, the formation and collection and the sale and release. Good Work all around!!!

Thanks, MamaM, it was a lot of work - first to saw the trees, turn the bowls, stack them and dry them, then to realize that I had bitten off more than I will ever be able to chew. So off they went, and I have enough left over to keep me as busy as I want to be.

I then set about sawing and planing the rough sawn boards I used to make the shelves - of course, the first rule of machinery appeared - if you want to run a machine you have to repair it first. Or, in this case, again. So I took the DeWalt apart, again, fiddled and fooled with it, put it all back together and what do you know - not only did the cutter head rotate but the feed rollers actually fed the boards into the cutter. I was able repair the planer and plane the boards in today's heat wave - it got up to 42 here and I don't know about your neighbor across the water there, but I am over winter weather for now.

I had to look up that quote - Harry Chapin - hmm, anyway, I do need to put bananas on my shopping list...